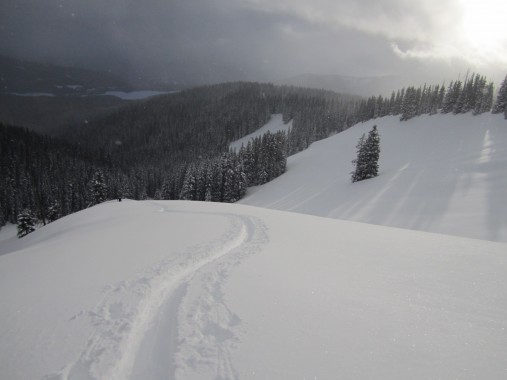 The Death of “Sidecountry”

The American Institute for Avalanche Research and Education (AIARE) will have a booth at this year’s SnowSports Industries America trade show, in Denver, at the Convention Center, February 4-5. AIARE hopes to involve as many manufacturers, brands, and outdoor-industry stakeholders in its “Project Zero” initiative. Inspired by a Swedish effort to reduce traffic fatalities, AIARE seeks to educate the growing number of consumers who leave ski areas and venture into the backcountry.

The boom in the number of backcountry users is fantastic for snowsports brands like K2, Backcountry Access, and Dynafit, but with increased numbers comes the risk of more deaths due to avalanches. AIARE is trying to get ahead of the curve and communicate its educational and safety message before fatalities and accidents increase. I’ll be in the booth with AIARE’s Tom Murphy the first day of the show, so I’ll report on his and AIARE’s mission.

Integral to educating the public is moving away from the notion of “side-” and “slackcountry.” Terms like these give the impression that terrain accessible or in close proximity to in-bounds (controlled) areas are somehow safer or less committing than true backcountry. This mentality gives people a mistaken sense of security or the false impression that help is just a minute or two away. Avalanche stats disprove the flawed thinking, though: if a person isn’t killed by trauma during the avalanche (at least a quarter of all fatalities and certainly more in Colorado), then within 15 minutes a buried victim’s chances of survival plummet to less than 10 percent–no matter how close one is to a ski area boundary, that time frame precludes outside rescue as a viable strategy for survival, which means one’s either in the area…or in the backcountry.

Bottom line, AIARE hopes to partner with industry players in an effort to get backcountry users to make safe, logical decisions when riding in avalanche terrain. Stay tuned for the particulars on who’s involved, how it’s going, and what the future holds. Now go get some…it’s finally snowing!