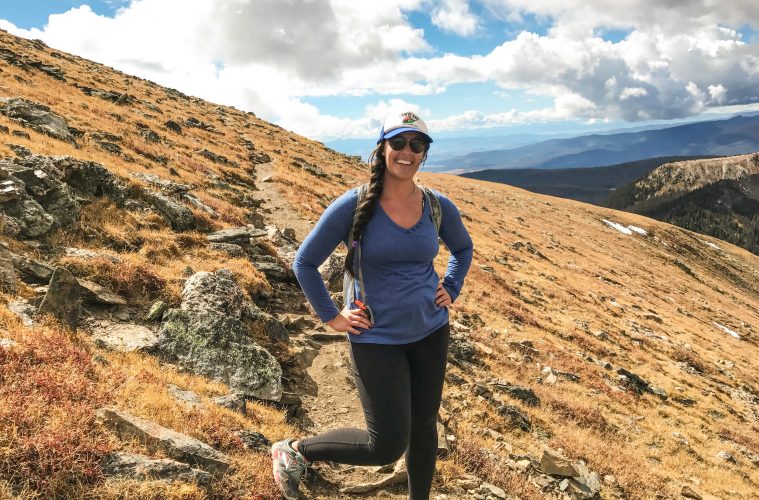 Oskar Blues Brewery is accredited as the first American craft brewery to put their beer in cans, but Dale’s Pale Ale and the brewery’s other popular beer offerings aren’t the only kinds of liquid canned with the Oskar Blues label. Sometimes, it’s water. After devastating floods hit the brewery’s hometowns of Lyons and Longmont in 2013, Oskar Blues took action. The brewery founded the CAN’d Aid Foundation, a nonprofit organization that raised nearly $750,000 in response to the Colorado floods—which benefited 425 flood-affected families and small businesses in need. Since then, the foundation has been busy canning water for communities around the U.S. that are facing unsafe water conditions due to devastation from natural disasters. To date, CAN’d Aid has packed and distributed 432,000 cans of clean water throughout the U.S. “We’ve canned water for Flint, Michigan, sent water to Louisiana, and have done flood relief in South Carolina,” said Sarah Leavitt, Foundation Program Director at CAN’d Aid. “When there’s a community in need, we help.” CAN’d Aid also operates a myriad of other programs that supply economically disadvantaged children with new bikes to help them get outside, and new instruments to encourage their love of music. Leavitt and her team have hosted bike builds, operated music workshops alongside accredited musicians and travelled across the U.S. to personally clean up the aftershock of natural disasters. We caught up with Leavitt at Oskar Blues Brewery to learn more about the exciting projects she manages in this multi-faceted organization.

How did CAN’d Aid get started and how did you became involved?

Diana Ralston, the executive director of the organization, and Dale Katechis, founder of Oskar Blues, we’re kicking around the idea of starting a nonprofit for quite some time. Then the floods of 2013 hit Longmont and Lyons. There was a lot of devastation and we wanted to help our community members as much as possible, so they picked the right year to start. Then we got our 501(c)(3) status and we very quickly raised between $700,000 and $800,000 for families and small businesses that needed it. I got started a year after the program began. I got involved because I have a nonprofit background. I studied international development and worked in Haiti for several years. So when I found CAN’d Aid, I was like, this is the job for me!

So, what’s with the name? Why CAN’d Aid?

Oskar Blues Brewery was the first craft brewery to put craft beer in a can. It was believed that good craft beer should only be in a glass bottle but Dale, the owner, brought to light the benefits of putting beer in a can.  So we’re proud of our canned-ness and there are a lot of can puns you can use.

Aside from providing damaged communities with safe drinking water, what other programs does CAN’d Aid operate?

We’ve really been focusing on growing the Treads + Trails program. We do bike-builds around the country for kids who don’t have access to bikes, or getting outside. In a week for instance, we’re putting on a festival in Boston that celebrates the outdoors and music. We’re building 50 bikes for an entire grade at a Title I school nearby. Volunteers can walk up and help us build the bikes and then that Monday we’ll ride the bikes over and give bikes to the kids at the school. Our tunes program is great too. We have tunes ambassadors and nationally touring musicians that go into schools with us and do music workshops and donate instruments to help promote these music programs. There’s a lot of diversity in our organization.

What are some challenges that you’ve faced in your role at CAN’d Aid?

Funding. There’s a million nonprofits and everyone has a great mission, so it’s about making ourselves stand out and show that we’re doing work that people can get excited about and want to support. We’re also pretty lean; there are three employees. Hammering out the details and the execution of getting something done is always a little tricky.

What are some experiences in your relief projects that have been especially fulfilling for you?

We recently did a bike-build at our brewery in North Carolina. We had about 20 volunteers so a bunch of us built the bikes, and right after we had Jeff Lenosky, a world-class trail rider and mountain bike athlete, do a demo for the kids. We saw their faces just light up. They rode around the parking lot and they were ecstatic. It’s a really fun, special day when you get to say, I built that bike and these kids are fired up and there’s this guy who’s jumping off of stuff and doing outrageous stuff. For lots of kids, this is the first new item they’ve ever received. You’ve raised $3 million since the floods almost three years ago. What other sorts of ‘do-goodery’ have you done in Lyons and Longmont?

We have a recycling program called the Crush It Crusade. It’s a twofold program where we provide resources and training to communities and groups to run their own recycling programs. We give them the recycling tents and teach them how to sort the trash and all of those things you don’t necessarily think about.

What are some of your goals for the upcoming years?

I really want to grow our tunes program which means working more extensively with musicians and artists and really building a deep meaningful program where we can get into schools and music organizations and we can provide children with resources they need to actually learn how to play a banjo. The same with Treads + Trails: to build more bikes for kids and maybe we could build a pump track in a downtown urban center so kids have an opportunity to get outside and ride when they may not have a chance to drive 30 minutes to get to the mountain. I love music and the outdoors so it’s cool to be creating these opportunities that are authentic and fun. That’s what I’m excited about.

Check out Can’d Aid’s webpage for more info on how you can help!