Colorado music photographer Lisa Siciliano shifted the paradigm as a woman in the business who shoots on black-and-white film—she still works in that medium, just for the art of it.

If you’re a live-music-loving Coloradan, you’ve likely seen Lisa Siciliano. She’s the woman in the grey beanie, flower-print sundress and combat boots who’s comfortably camouflaged behind a 35-mm film camera with a long lens aimed at your favorite band from just below the stage. But she wasn’t groomed to be a rock-photographer. As a waitress at the Fox Theater in Boulder in the 1990s, Siciliano felt a lack of creativity in her life. So when she turned 32, she treated herself to a used Pentax K-1000 and headed to the Pearl Street Mall to photograph children at play.

“I thought music photography would be boring,” Siciliano, now 49, confesses—that is until her husband, Jacques Armand, needed a band photographer for his gigs at the Fox. Soon, she was keeping her camera behind the bar and pulling it out for the last song of each night’s show. Within a year, she nabbed the job of house photographer at Red Rocks Amphitheater, where she stayed on until 2008.

Music photography as an artistic profession has a history that is mostly absent of women. Siciliano felt that. Before her first gig in 2001 for Ani Difranco, management stopped her and escorted her up to the offices for confirmation that she was, in fact, the new house photographer. During her second shoot for Chris Isaak, security assumed she was his girlfriend. And then there was the time that a famous musician asked her back to his room for a private afterparty. Siciliano used her bad experiences as fuel to transcend sexism by improving her art with every shot. “I felt like I had to work 10 times harder because I was a woman,” she says.  She thinks that oddly the rise of digital photography, with fewer barriers to entry, has actually helped women become more prevalent in the the business.

Siciliano, however, is a film purist when she shoots live music, though she does shoot digital for other jobs. “There’s something about the depth, the richness of film. It collects light differently.” Her black-and-white work offers intimate precision in an age of burst photography and Instagram filter blitzkriegs. “I take one shot to a digital photographer’s 2,000. Digital photography forced me to be more precise,” she says.

Shooting with film also keeps her focused. “I like not seeing the photos as I am shooting. I’ve learned to think and see in film when I shoot.” That’s especially important now that concert photopasses are good for only a song or two during a performance (or only 60 seconds in the case of Stevie Wonder when she shot him in early 2000s).

Siciliano very much defines herself as an artist when it comes to her work, but most live concert photography is not sold as art. Few rock photographers exhibit and sell their work like Siciliano does–with shows and large prints that hang in private homes. She does plenty of other music industry work that she shoots on digital cameras, but her live music photography is something different. 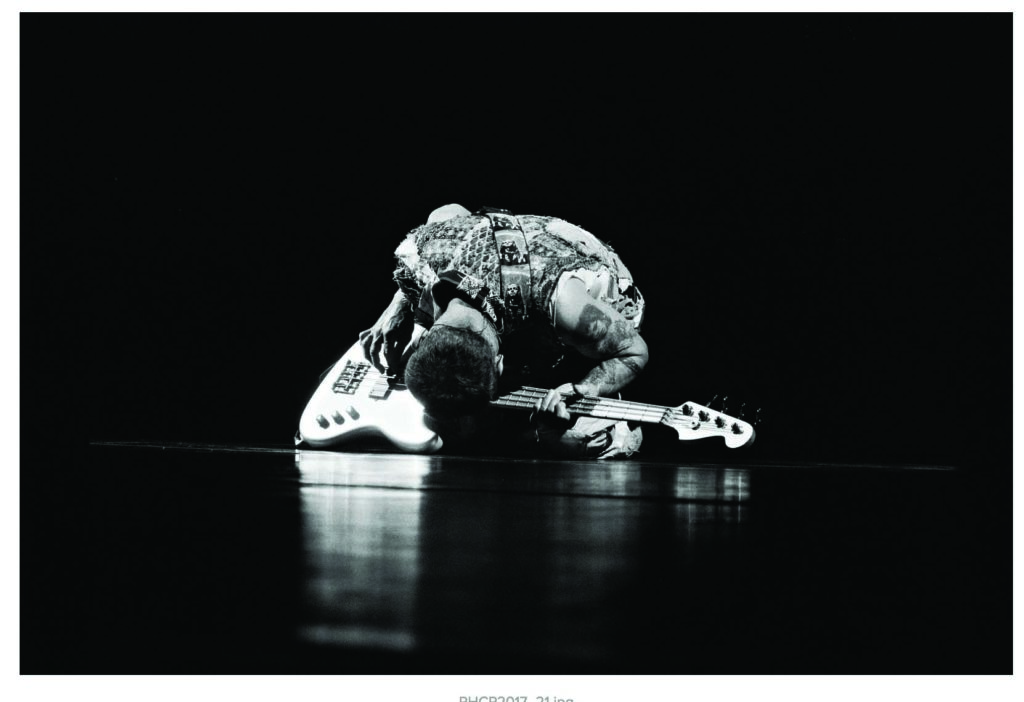 By 2005, Siciliano started exhibiting her collection in places where folks get to interact with her photos—hair salons, coffee shops, restaurants, bars, doctors’ offices and music venues, like Denver‘s Filmore, themselves. These showcases have supplemented 13 years of her annual Rock & Roll Photography Art Show and Sale “Rockin’ In A Winter Wonderland,” which features a live-music lineup of local bands as well as her photography. The acts are as happy to play to promote her as she is to photograph and promote them. “I love working with local, small bands. I’ve been hired a lot to shoot bands performing for the first time at Red Rocks. They really care about publicity and having their photos taken while performing,” Siciliano says.

Her work has a following. “Most of my prints are discovered and sold via word of mouth,” says Siciliano, noting that she has sold work across the globe. In fact, she is gearing up for a European tour of her photography in 2019. In the meantime, you are likely to find her fulfilling her happy duties as the current house photographer for Boulder Theater, Bellco and Boulder Chautauqua 2018 concert series.

Shooting still thrills her. She gets wild eyed when she talks about B.B. King’s favorite photo of hers, one of him that she gave his driver just before he played the Boulder Theater years ago. In it, his guitar is resting in its familiar place on his thigh, his head is down and his hands are in prayer position as he honors his audience. A large canvas version is slated for display at the B.B. King museum within the year. Or her Lou Reed image—in it, he is staring directly at her camera—that she developed in her backyard on watercolor paper via cyanotype, a solar-activated chemical processing used in the early days of photography. You’ll find both of these prints on display year-round at The Riverside in Boulder.