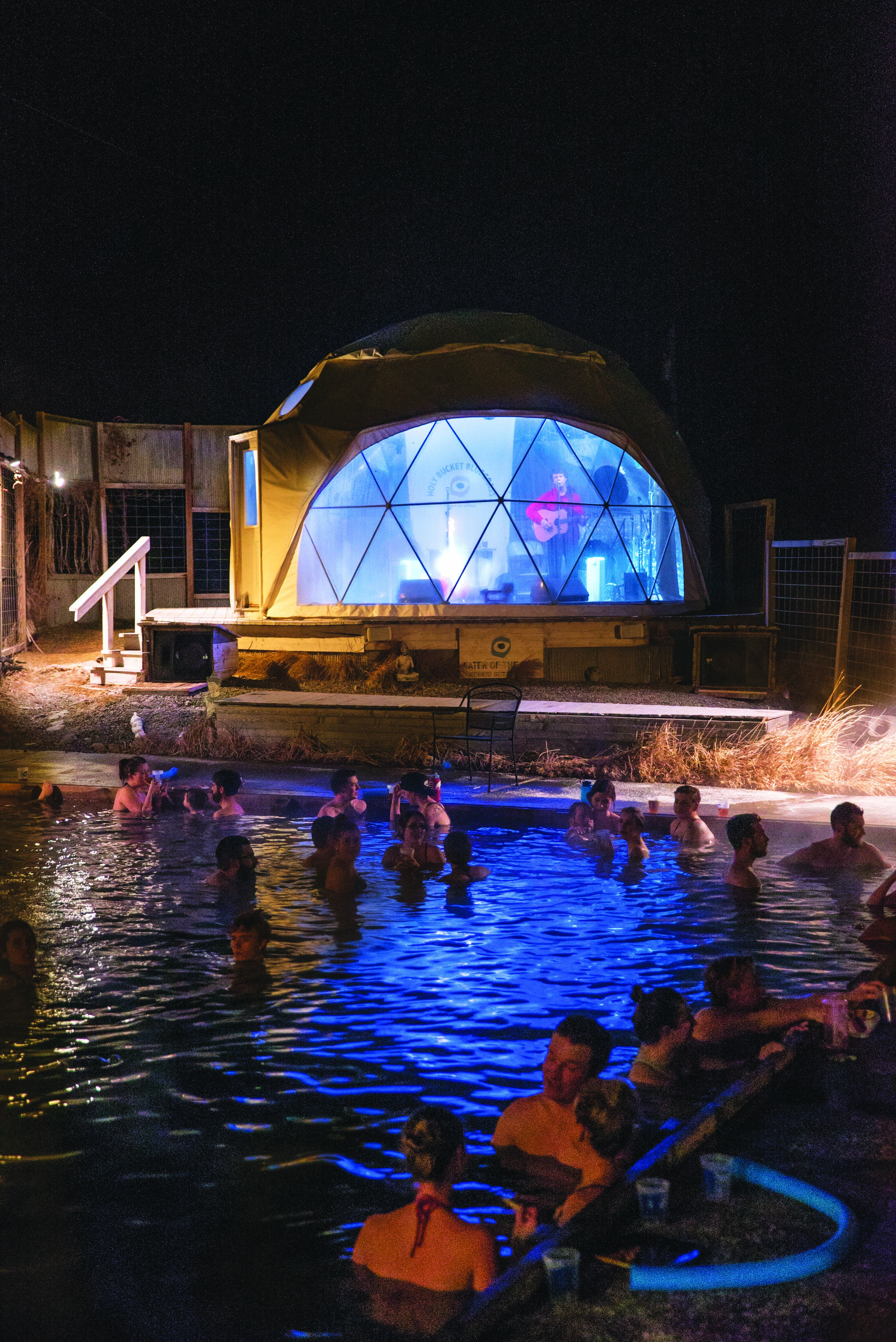 Mountain-town cafes and the dive bars of yesteryear are where musicians go to be musicians. Local bands and singer songwriters head to these venues for the audiences of regulars and familiar faces. Meanwhile, touring acts gravitate to mountain haunts to chill out, test new material and maybe sit in with the local bands. No matter which role you fill, check out the following funky, intimate venues next time you’re adventuring, and remember: If you like what you hear, drop some spendable thanks into the tip jar since musicians here often perform for tips alone.

Super groups and side projects with names like the Constellation Collective often find their footing in this downhome Colorado cafe. Located in an artist community of approximately 300 folks about 15 miles up a canyon in the Rocky Mountain foothills near Boulder, the “Merc” serves one vegetarian and one non-vegetarian menu item nightly, house-made by owners Rainbow and Adam, along with locally made pies and pastries. You are family the minute you walk in the door of this hundred-year-old mining town relic. It’s open four evenings a week. Come on Mondays for open mic nights. Thursdays and Saturdays feature full bands, and Fridays, singer/songwriters. jamestownmercantile.com

Known to attract a Grammy winner or two to the small stage or just in the audience, this “Living Room of Taos” boasts music nightly and oozes with “Taosness”—think bikers, hippies, artists and ski bums all seeking enlightenment. Expect everything from jazz improv and singer/songwriters to psychedelic alternative rock, Afrocoastal Americanagrass, and award-winning New Mexican blues. Check out Kate and Billy’s Medicine show on Mondays for some old-timey acoustic sound topped off by chewy bluegrass. Special guests perform every week plus open mic hour.

Norris is the only place in America where patrons can soak in a hot-spring fed, timber-lined pool while eating nachos and drinking draft craft beer in subzero temps and listening to live acoustic music pumped through speakers from a heated dome. Local and touring folk, Americana, bluegrass and alt-country acts perform Friday–Sunday at 7 p.m. Bonus, you might just find yourself face to face with a half-naked performing minutes after show’s end since the stage is poolside. There’s camping and a farm-to-table restaurant on site. norrishotsprings.com

Talkeetna, Alaska. Music whenever they feel like it. It’s Alaska.

A mere two hours and 11 minutes from Anchorage, Talkeenta is legendary among music lovers for hosting the now-defunct Talkeenta Bluegrass festival. These days, and over the past 100 years, live music still rocks the historic Fairview Inn. Singer/songwriters and Americana jam bands rule the schedule but you’ll also find just about anyone who happens to wander down the Alaskan highway spur road with an instrument in tow. Stop in for a drink on a day trip and you might feel a chill. Stop in every day for a week for one and you are family. One local describes The Fairview as “like Cheers” in the winter and “full of wasted tourists” (and the bartenders who serve them) in the summer. Eclectic Boulder-based band The Grant Farm will perform here on Wednesday, March 7.  907-733-2423

Cowboys, hippies/hipsters, biker gangs, mountain bikers, millennials and octogenarians have put aside their differences on the Stagecoach dance floor at the base of Teton Pass since 1942. James Blunt captured this spirit of the ‘Coach’ in his 2013 video for “Bonfire Heart,” filmed on site in the midst of a wedding. On the wall here you’ll find a picture of the house band the day that Bob Dylan sat in on their set at his nephew’s wedding. The pure country Stagecoach band is as legendary as the bar itself. They’ve played a “Sunday Church” set here every Sunday evening for the past 42 years (excluding Christmas). Don’t think the venue doesn’t move with the times, however. Sunday nights bring in the younger Thursday night Disco DJ crowd from 6 p.m.–10 p.m. Touring bands and local favorites play irregularly on weekend nights, often as last minute bookings. stagecoachbar.net

The mission of the Black Dog Arts Cafe is “give artists a chance,” an echo of the surrounding  community in Snoqualmie. Folk/bluegrass/Celtic/singer/songwriters, and the odd death metal act love playing the Black Dog for this reason ( the home cooking doesn’t hurt either). The venue supports visual artists with wall space as well as hosting author readings and music nights, plus the occasional psychic readings at Sunday brunch. The non-profit café also sponsors free public arts workshops. Come Wednesdays for open mic. There’s live music on Friday and Saturday nights and at Sunday Brunch. blackdogsnoqualmie.com

Part of the McMenamin’s live music venue and boutique hotel empire of the Pacific Northwest, the Winery Tasting Room at Edgefield hosts live music every night and it boasts the most eclectic lineup on this list. March’s artists range from gypsy jazz to soul and swing/jazz duos to jam band/bluegrass and classic rock. And don’t miss Cellotronic, a solo musician who loops his cello with electronic beats. Edgefield is a historic farm estate with an onsite winery, a brewery and a distillery. One of eight bars on the property, this red brick cellar venue is the only one with live music, however. Wandering in and out, with cocktails in hand from the other bars, is encouraged.