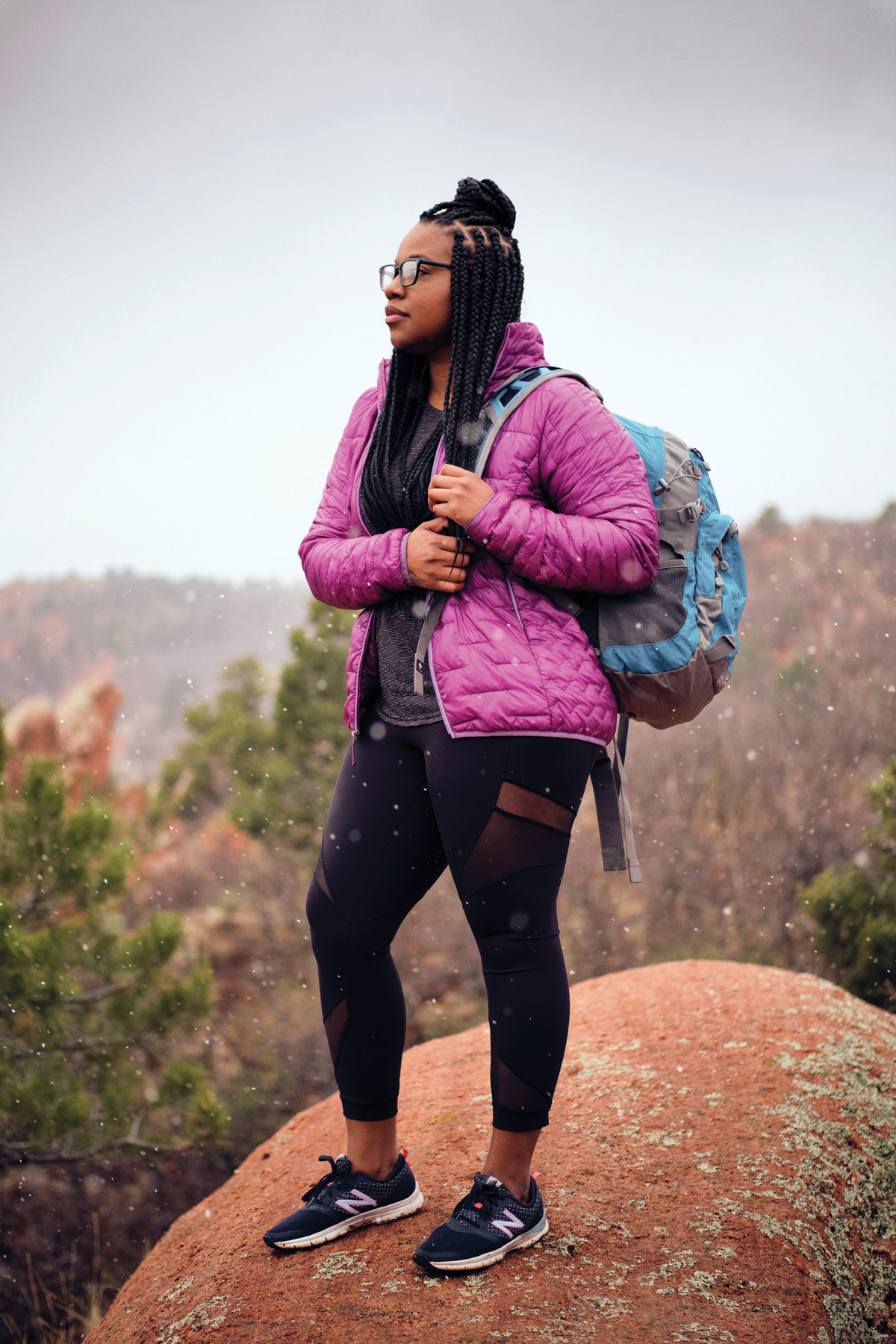 Feet to the Ground

How building a love of the outdoors helped me reclaim the black American dream.

My grandmother had a dream for me. She never wanted me to work the land, unless I so desired. She spent much of her youth picking cotton in southeast Texas, where she and my great-grandmother picked cotton even though they were free women. I talk to my grandmother at least once a week. She’s 75, still sharp, and a little tight-lipped about her past unless I ask her specific questions.

To her, segregation was “just a thing.” She talks about racism matter of factly, without anger or regret. It was what it was and she is eerily resigned when I remind her that it still is what it is.

I recently asked her just how poor she was. Without losing a beat she responded: “Poor. That’s it. Ain’t no other word for it.”

Grandma put that poverty behind her when she met my grandfather and eventually settled down in the suburbs of Washington, D.C. Already the mother of one little girl (my mother) she was determined to leave the economic uncertainty and the small cabin deep in Texas behind her.

I’ve been to her childhood home a few times. I remember running barefoot between all of my aunt’s and uncle’s houses. The roads weren’t paved and you would know someone was coming by how the car kicked up red clouds as it rumbled over the dirt. Barbed wire kept the kids away from a huge tank filled with catfish around back, but, when I felt like it, I carefully maneuvered through the barbed fence to go play at the edge of the water.

What’s left of Dimebox, Texas, is as segregated as it ever was. The aging population is still divided by color in this town where my grandmother went to one-room segregated schools. Old habits die harder than the senior residents passing away into the night.

It’s important to connect my grandmother’s dreams to my own, because her story is inevitably my story, and the story of many black Americans. I grew up in Temple Hills, Maryland, in the middle 50 percent. I had a childhood much like anyone else in my demographic. My grandmother tried to make me a ballerina—until I laid down on the studio floor and told her I hated ballet and I hated leotards and I wouldn’t get up unless she promised I wouldn’t have to come back. She tried to teach me piano and even went as far as to buy one for the house, but I was much more interested in rolling down the hills surrounding our cul-de-sacs boxed in by the neighboring Capital Beltway. My grandfather had a huge boat he would take to the Chesapeake and as often as I could I would ride off with him and help him bring home bushels of blue crab for my grandmother to steam.

We’ve come to understand the intersections that create many of the social issues we face. Being black in the outdoors means you meet at one of those complicated intersections. From an actual fear of being harmed in the outdoors to the history of segregated park practices there are understandable barriers to confront when heading outdoors.

One of those roadblocks is wealth. The wealth gap between black and white families has widened since my birth in 1983. According to the New York Times, the median black household experienced a 75 percent decline in wealth while the wealth of the median white household actually rose by 14 percent since that time. Much of that gap lies in home equity—buying property of value in neighborhoods of value can make the difference in what wealth your family will have for generations to come. This is called “generational wealth.” As a whole, the millennial cohort has faced tremendous difficulties with becoming homeowners and building wealth and black families have struggled at far greater levels.

For instance, half of white new homeowners received down-payment assistance from their family while 90 percent of black first-time homeowners do it without any familial monetary assistance at all. My great-great-grandfather gave his daughter—my great-grandmother—30 acres of land in Dimebox.

The dream my great-great- grandfather had of passing land and equity down to his family has dissipated as homes in predominately black neighborhoods are assessed at lower values and predatory loans and financial practices have siphoned wealth away from black families. Finally, we’ve arrived at my generation, where the black homeownership rate is 44 percent compared to 73 percent for whites. 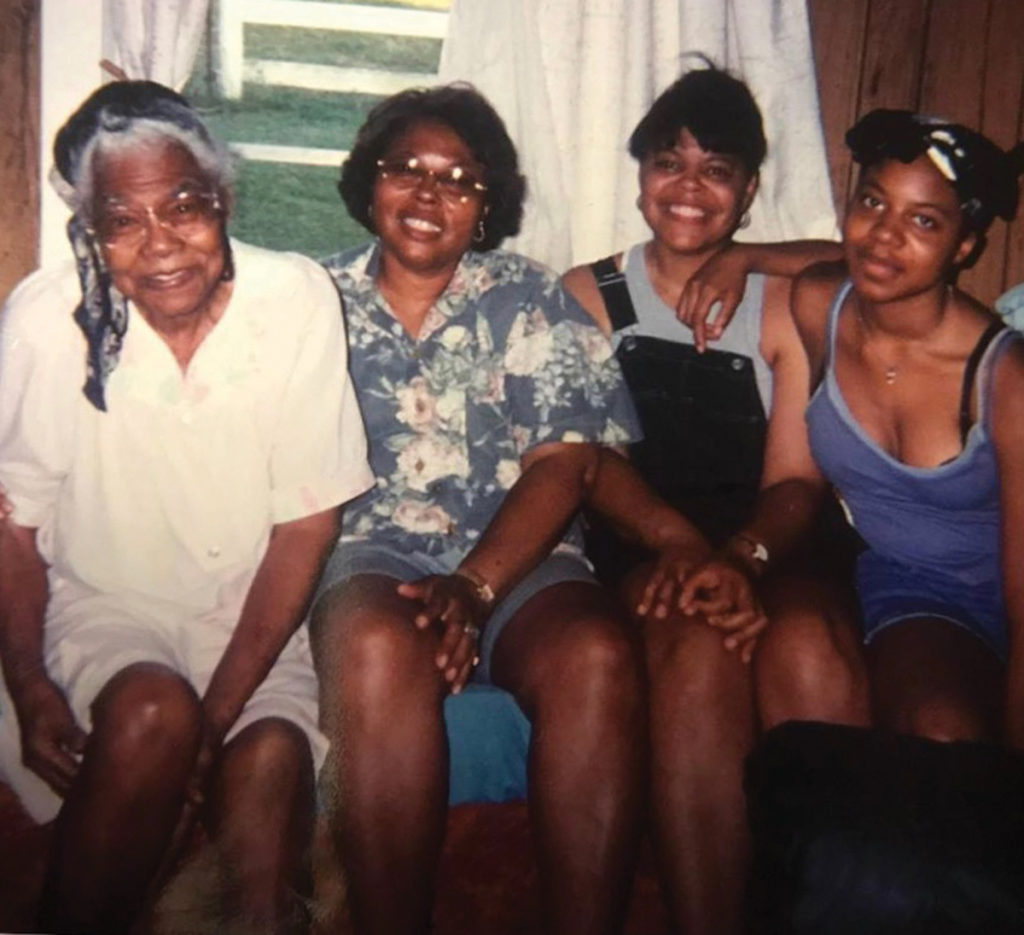 I am from a family full of matriarchs, another manifestation of broken and blended families, a generational curse that I’ve come to call a blessing. I’ve only ever known strong and determined women. I’ve only known women who work and fight and love and cook and cry and take care of their families. I’ve never known how to quit or be quiet or wait for destiny to find me.

Perhaps it was that part of me that woke up when I found Colorado. When I moved here in 1995, I started to use the mountains as a compass like everyone else. But I always wanted to go west, further west, as far as possible, until one day I found myself living in Divide, Colorado. I found a man to show me and teach me everything he knew about this state and start a family with me. I bouldered for the first time, practiced climbing in a yard full of aspen trees, learned how to start and maintain a fire—all while pregnant with my son. Unfortunately, years later, while staying in a domestic violence shelter, destiny did in fact, find me. I became a divorcee and a single mother.

Beyond those challenges, I feared raising my child in Colorado without giving him what everyone else who was raised here had: a proper knowledge of the outdoors. I wanted him to know how to swim and pitch a tent. What to do if he encountered a bear and how to snowboard. But my own education in the outdoors was truncated by violence and divorce. I didn’t have parents that could loan me a tent or teach me how to backpack. How would I teach my son?

If wealth were not a challenge when it comes to being black in the outdoors, then generational knowledge most certainly is. Even if I had the money, I didn’t know where to begin.

Motivated by wanting to seamlessly transition from a two-parent household into a one-parent household, I turned to Google for help. I worked overtime for weeks and finally one day, I invested in enough gear to get me through a night outdoors. Next, I taught myself how to pack my backpack. I didn’t know what products I needed to filter water, or even how to filter water. I read everything I could on solo wilderness backpacking. What I didn’t learn from reading I learned on the trail the hard way. Now, my son proudly tells his friends how his mom taught him how to fish.

As I was building this life in Colorado, I never forgot the land my family owned and worked. That experience followed me to the Rockies where I spend as much time as I can with my bare feet touching a ground that is as arid here as was it was in Texas. I’m also as Maryland as ever, with the remnants of a southern accent and I’ve come to find out I’m a natural with a fishing pole.

I don’t like to say I own land. I don’t believe land can be tamed enough to be owned. But I’ve put my name and dreams into some land I have purchased in the mountains with the hope that I can tap into the same spirit of my family. I am calling it Carole’s Graceland, in honor of  two women my investor lost.

It was nature that helped me bridge the gap between the future my family believed in and the dreams I’ve fought for. Carole’s Graceland will become a homestead, a campground and a safe space as long as this black woman’s name is associated with that land.