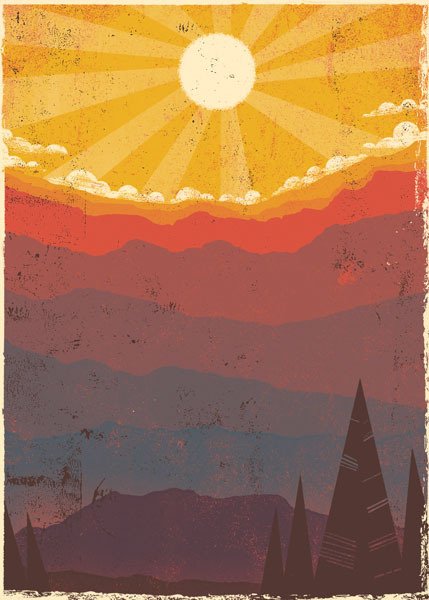 Elwayville: I’ve Always Been a Dreamer

I grew up on The Eagles. From their eponymous debut to “Desperado” to “Hotel California,” their music (along with Bob Dylan, Jackson Browne and mom’s love for Roy Orbison) was one of the steady soundtracks of our home. But for such a storied FM hit catalog, for me it really comes down to one song: “Take It to the Limit.” That line, “You know I’ve always been a dreamer,” hits me every damn time.

A California band, they created a kind of Colorado sound, evoking a sense of campfires and guitars and a bottle coming around. I love the way being “a dreamer” evokes a potpourri of possibility—that anticipation of road trips just begun, or stoned Saturday afternoons when you’re imagining all the people you might become or the infinite promise of getting out of bed in Colorado on any day that you don’t have to work and are overcome with how many adventures the next few golden hours can bring.

The magic of this place has always been built on some permutation of gold, from the discovery of the precious metal itself to those  moments when untracked inches fall from the sky and pool in glittering piles around your feet. It’s the same in the summer, when the feeling of the sun finding you as you hike is the greatest sensation you’ve ever felt.

I remember when I was just back from college and a friend and I hiked a Fourteener: We had burgers and malts at the Lewis Sweet Shop in Empire for lunch, saw Wim Wenders’ “Wings of Desire” (real art cinema, German sad-boy stuff) in a theater on Broadway, and went out drinking whiskey all night in downtown Denver dives before finally lurching off to sleep.

In the morning, when I realized how easy it would be to do it all again, I basked in the thought that every day in Colorado could easily be the best day of your life.

When you live here, sometimes you can feel the dream breathing all around. It is in the way the mountains explode into view in the early light, beaming with a clear white promise that comes creeping up the streets. That light can get inside you. More than that—it can fill you with a glow that knows no limits.

It was that glow that once made me think I could easily write an entire novel sitting in an old Asian noodle house on the corner of York and Colfax, stringing together endless sentences as I sipped hot broth. When the Wynkoop Brewing Company opened, helping to spur a downtown revival with its Ireland-at-altitude ambiance, a friend and I promised to write a play there together, fueled by the muse of deep cold pints.

I have no idea what either the novel or the play would have been about. I also can’t recall all the beautiful sky-eyed girls I ever saw hiking the Flatirons or on the chairlift ahead of me, who I immediately fell in love with, and who I knew would one day be my wife. All I knew was that there were a million untracked powder days ahead for me, and for that, I was eternally optimistic.

Optimism is the essence of this place.

If that dream has become a little harder to find of late, we have no one to blame but ourselves. So many dreamers keep moving here that it can sometimes be hard to keep your dream from bumping into the dream of someone else.

That’s especially true for the wildlife and the lands where we go to remember that we are part and parcel of something so much bigger than ourselves. Every year it seems there are that many more of us out there, hoping to see our shadows in the wilderness. Too many of us are too quick to remind any recent transplant from Chicago or Boston or Los Angeles that we moved here before they did, which, as we all should know, is not the same as being first.

It’s not their fault they also fell in love with the specialness of this place. If you want to blame anything, then blame the music and the way every song you ever fell in love with felt like it just changed your life. Blame it on the beauty of Colorado itself and how when you first saw it you knew you could never live anywhere else.

But never blame the dream. It’s what matters most. Glenn Frey, the co-founder of The Eagles and co-writer of “Take It to the Limit,” who died on January 18th, once said, “People don’t run out of dreams. People just run out of time.”

Never forget that, because when it comes down to it, the dream is the only thing any of us really have.

—Elevation Outdoors editor-at-large Peter Kray is the author of The God of Skiing. The book has been called “the greatest ski novel of all time.” Don’t believe the hype? You can buy it here: bit.ly/godofskiing