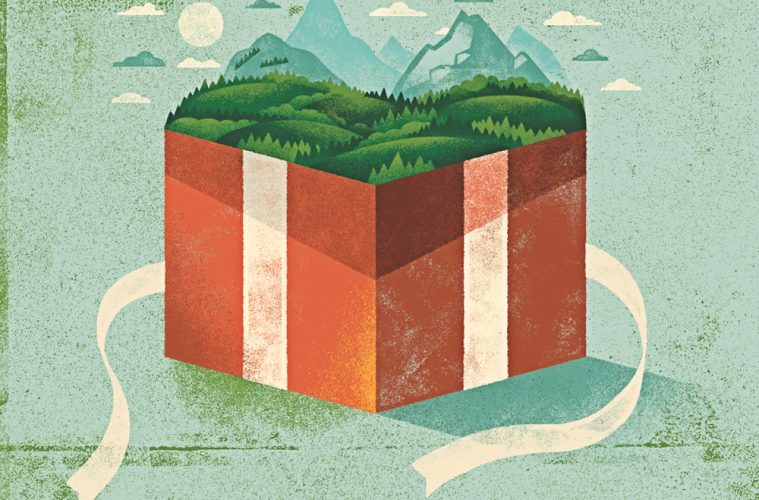 Ernest Hemingway’s A Moveable Feast is my favorite book. I read it once a year. I especially love the beginning of the chapter “A False Spring,” where Papa writes: “When spring came, even the false spring, there were no problems except where to be happiest. The only thing that could spoil a day was people and if you could keep from making engagements, each day had no limits.”

To me, that passage offers the greatest promise of the longer days and warmer temperatures to come, with the gentle reminder that we can have as much joy as we allow ourselves.

Written about a time nearly a century gone, and published in 1964, the collection continues to inspire new films and books. Woody Allen channeled it for his 2011 film “Midnight in Paris,” the same year author Paula McLain re-imagined the book for her popular novel, “The Paris Wife,” told from the point of view of Hemingway’s ex-wife Hadley.

Almost two years ago, Papa’s old friend A.E. Hotchner shared the heartbreaking backstory behind the book in Hemingway in Love, just a month before A Moveable Feast hit the bestseller list again in France, as the country tried to recover from the tragic November 2015 Paris Attacks.

An autobiography of an artist coming of age, the book explores the discipline and self-denial Hemingway employed in his quest to master a new “art of narration.” The future Nobel-Prize winner was starving in a city with the world’s best restaurants in between drinking bouts with F. Scott Fitzgerald, James Joyce and Picasso. It was arguably the most important era in the history of modern art and thinking.

The book explores the mixture of discovery and memory that creates instant nostalgia, and a sense of place that you can return to at any time in your life. After a call from an old friend in the rainy Northwest this morning, I realized Denver’s Park Hill will always be that essential place for me.

Elm-lined, dotted with small shops, parkways and avenues, Park Hill was a kind of unwitting social experiment in the late 1970s. The wide variety of housing options, neighborhood schoolsand easy access to jobs downtown meant the neighborhood where I came of age was a mélange of personal storylines that changed from house to house, and block to block, creating an epitome of the proverbial melting pot that is the American ideal.

Park Hill was not Paris, for sure. But you would have had to travel the world to share the wealth of culture available in a single sixth-grade class here. To see those same classmates go on to become judges, detectives, photographic icons, punk rock pioneers, personal trainers, cruise line queens, Hollywood actors, expedition cameramen, mayoral candidates, musicians and charismatic leaders in the fight for LGBTQ rights only reinforces that we also lived in a special place, in a defining era.

The local library at Montview and Dexter (where I still sometimes go in dreams, pulling wondrous new books off the shelf) certainly provided its share of roadmaps. As did the Museum of Natural History, and the Denver Zoo, and the open fields, ponds, and iconic boathouse of City Park, which every network covering The Broncos employs as the quintessential Colorado scene on its game-day telecast—those high peaks rising above the Denver skyline in the background.

Those peaks were, and still are, the jackpot. The sheer breadth and depth of the Rockies, combined with Denver’s ever-growing mix of uptown options (which the mountains certainly inspire), provide the essence of Colorado. That my parents were so set on sharing those mountains with their kids shaped me then, and defines me now.

They loved those mountains as much as anyone, although I think their unquenchable thirst for adventure was as inspirational as it was economical. Growing up, we didn’t have much money. So mom and dad gave us the cheapest, most interactive entertainment anyone could buy—the outdoors.

What’s more expressive of freedom than walking in and through our country? You know, America? The fact that elected officials are working right now to curtail our right to enjoy our public lands by introducing legislation to sell off that freedom fills me with an anger that I cannot put into words. It’s nothing less than an attack on our country, and who we are as Americans and as people.

Whether you’re a hiker, hunter, skier, snowmobiler, climber, kayaker, mountain biker, ATV’er, birder, mushroom gatherer, wood gatherer or whatever, you know how strongly your personal identity is tied to those public lands, and how you feel when you’re out there.

For me, that sense of self is also strongly tied to the collective gift of public schools, libraries, museums, parks and zoos. This is the backbone of America. This is the moveable feast that we all share. I will do what I can to protect it all, for me and for all of you.

I know you will too.

—Elevation Outdoors editor-at-large Peter Kray is the author of The God of Skiing. The book has been called “The greatest ski novel of all time.” Don’t believe the hype? You can buy it here:
bit.ly/godofskiing