While Boulder is roasting in the summer months, many climbers seek the higher, cooler elevations to get their rock (and even ice) fix on. Up above 10,000 feet at Mt Evans and the Black Wall and on Rocky Mountain National Park’s Flattop Mountain, the routes are cool and long. Though climbing technical routes in this alpine setting requires some of the same gear (light helmets, harnesses, ropes, slings and protection), the sub-genres of ice, rock, mixed/dry are even more specialized.To that end, we give you insight on the best gear for the vertical disciplines of Alpine Rock, Dry/Mixed and Alpine Ice. 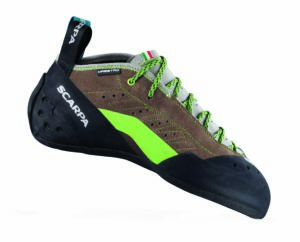 When climbing slabby to vertical rock buttresses, where efficiency of movement—speed—is key, and the terrain is demanding enough that even the stickiest approach won’t do, you’ll want a technical, all day trad shoe. This supportive, comfy technical kick gets the job done. $180; scarpa.com 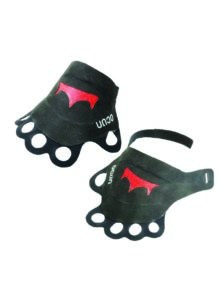 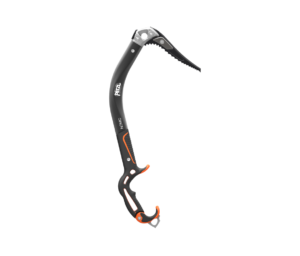 Drytooling requires hooking crampon points and ice picks in razor-thin cracks and over magazine-width edges. Because few areas allow the use of sharp steel on bare rock (drytooling is for experts only), ask the staff at your local gear shop (or at Rock and Resole) which areas they recommend. For performance drytooling, where power trumps speed and distance, you’ll need aggressive, precise (and balanced) machines at your hands. Reach for the ever-reliable Petzl Nomic ice tools ($300/each) or Ergonomic ice tools ($360/each), equipped with Pur’ Dry ice picks ($60/each). petzl.com 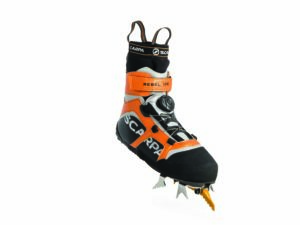 For ascending hard vertical to overhanging rock with crampons, you’ll want footwear that resembles a climbing shoe more than a bulky boot. Called Fruit Boots, this specialty footwear is designed for competition and only the most demanding dry (pure rock) and mixed (ice and rock) routes. The winner? Rebel Ice boots ($550; scarpa.com) with bolted-on Krukonogi Air Light crampons ($199; krukonogi.com). 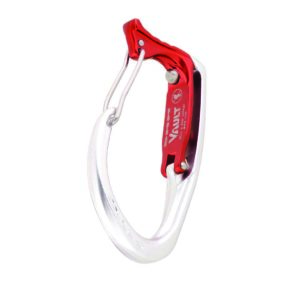 Sometimes you’ll need to grab the rock when climbing the steeps, which requires holstering your ice tools. Unlike other ice clippers, which are made of thin plastic, DMM’s Vault clippers are constructed of aluminum and made for the kind of durability this requires. $45; dmmprofessional.com 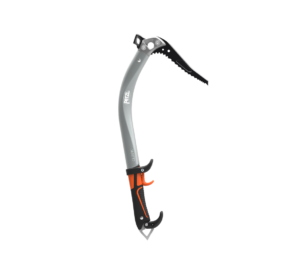 Ice in summer? Sure, but, for steep gullies, where the winter’s snow has melted into névé, you’ll want tools (ice axes) designed for steps of ice and planting into couloirs. The latest version of the Quark, released in 2018, is noticeably lighter and more ergonomic than previous models. $260; petzl.com 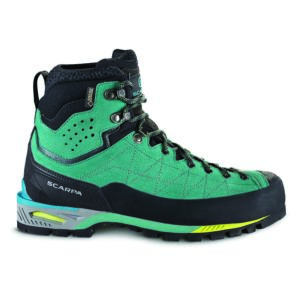 Lugging around winter boots and rigid crampons is heavy, hot and cumbersome. In summer you need the kind of flexibility and breathability that this setup provides compares to over-insulated winter footwear. $295; scarpa.com. $240; camp-usa.com