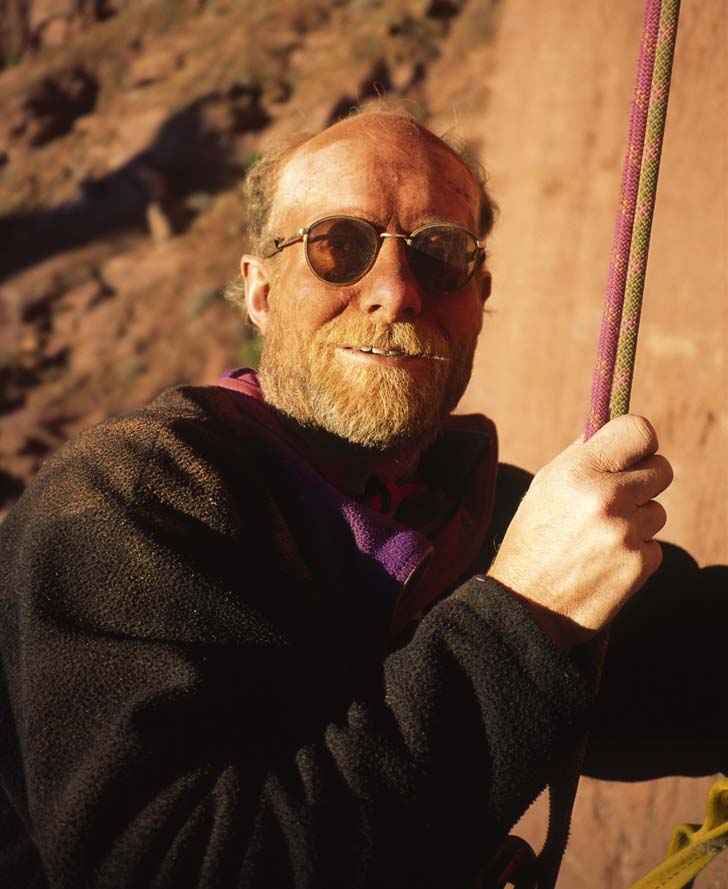 On Monday, April 9 at 6:30-8pm  Steve “Crusher” Bartlett is putting  on a desert tower climbing slideshow at REI in Boulder at 1789 28th St. It’s called Desert Towers: 100 Years of Climbing Adventures and it’s free, but pre registration is suggested in order to ensure you get a seat. Note: drinking is not allowed in REI stores.

“The previous shows have been about my own adventures. This one will be the history of climbing and other people,” said Crusher. He is a great storyteller and this show is not to be missed by climbers and armchair climbers alike.

Crusher will be presenting stories and images from his book Desert Towers: Fat Cat Summits and Kitty Litter Rock, A Hundred Years of Adventures on the Sandstone Towers of the Colorado Plateau, published by Sharp End in 2010. It’s the 2011 Banff Mountain Film Festival book competition winner for Best Mountaineering History.

Images and stories in the show date back to 1911, when John Otto made the first ascent of Independence Monument. He drilled giant pipes into the rock and ascended them to reach the summit. 50 years later, when Layton Kor climbed the tower he had to use the giant pipes, some of them  dangerously close to falling out. This is just one of dozens of stories you’ll hear from Crusher that night.

After the show Crusher will be selling and signing books.

What people have been saying about his book:

Mountain Gazette, review by Brendan Leonard:
Boulder climbing legend and desert tower connoisseur Steve “Crusher” Bartlett has put together a masterpiece: The history of tower climbing on the Colorado Plateau, with archival photos and essays collected in one 352-page volume.