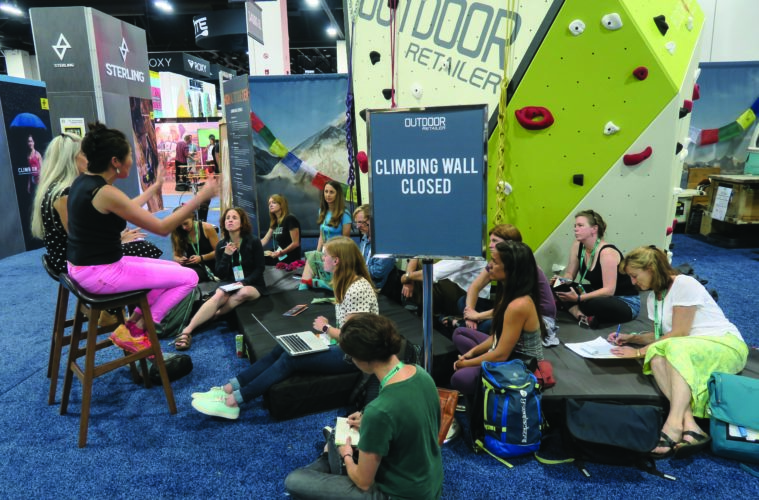 The results of a comprehensive study on the subject are now live.

Sexual harassment and sexual assault can be hard topics to discuss, but education and data-informed conversations are necessary to move forward. The following data comes from a focused study of sexual harassment and sexual assault in the climbing community, initiated and coordinated by Charlie Lieu, with expert policy, criminal justice, and victimology support from Dr. Callie Rennison, and press partnerships led by Alpinist editor Katie Ives. Elevation Outdoors and many other media and climbing groups helped to dissminate the study earlier this year.

The study was an effort to understand the frequency of instances of sexual harassment and assault (SHSA) and to develop an actionable toolkit and educational resources for the community. Unfortunately, many are unclear whether SHSA happens, or what to do if it happens to them or someone they know. Harassment and assault can happen regardless of age, gender, sexual orientation or race. One thing is clear: Education is key for comprehensive and systemic change.

Sexual harassment and sexual assault are defined as: unwelcome sexual advances, and other verbal or physical harassment of a sexual nature (including “catcalls”), non-consensual physical contact or penetration (including groping and rape). “Focusing our attention on SHSA is not an attempt to stop people from talking to each other, hugging, or touching. It’s asking people to stop and think about the impact their touch may have. Something that is a friendly gesture for you may cross the line for someone else. Intent isn’t the focus—impact is”, emphasizes Dr. Rennison. The following numbers come from the study and give a picure of the problem in the climbing community.

0 | Number of people who experience SHSA if no one commits the SHSA. The No. 1 best way to stop assault and harassment is to not assault or harass people. Not sure what constitutes harassment or assault? Ask yourself: Would you do this in front of your partner? Parent? Boss? Would you do it if you knew it was being recorded on video? If the answer is no, don’t do it.

998 | Free-form comments submitted within the survey, mostly detailing instances of harassment or assault. This translates to 20 percent of the survey takers, a number which is several times higher than the national average for survey participation.

39 | Percentage of women who reported experiencing SHSA during climbing activities. Some women reported no incidences of SHSA, but checked boxes for specific types of SHSA—eight percent of women experienced SHSA even if they didn’t recognize it, bringing the total to 47 percent. “For example, It was not uncommon for someone to say no to instances of SHSA, but say they’d been catcalled,” says Dr. Rennison.

42 | Women who reported rape during climbing activities. Together with 11 men and one unidentified person, this constituted 3.3 percent of the total survey takers. Dr. Rennison explains, “The most common type of perpetrator is a friend/acquaintance, where the perpetrator takes advantage of trust to assault or harass.”

30 | Percentage of women who reported experiencing more than one type of SHSA in the climbing community, such as catcalling, flashing, unwanted touching, following or verbal advances. 18.5 percent of women reported three types, and nine percent reported four types occurring.

25-85 | The 2016 percentage estimate of women who reported they were sexually harassed at work.The huge difference in numbers could come from under-reporting, or people not knowing what is or what isn’t SHSA.

100% | Number of times we need to believe people when they say they have experienced SHSA. Several people reported SHSA to leadership only to get blown off, doubted, ostracized or penalized. (Go to the website startbybelieving.org if you need more resources here.) “No one should have to convince someone they were victimized. We don’t require victims of robbery, theft or violence to ‘prove it.’ Similarly, we have to stop making SHSA victims ‘prove it’ before they are believed,” says Dr. Rennison. “There is the ridiculous notion that victims lie about being raped. Many pieces of research note that between four to eight percent of rape accusations are false—which is identical to all types of accusations of any type of violence. Women do not lie about rape.”

54 | Percentage of women who said they changed the way they climbed after the SHSA occured, versus 19.4 percent of men who said they changed the way they climbed. Some only climb with women after experiencing SHSA, stop interacting with climbing male mentors after the men make advances or get handsy or switch schedules to avoid a perpetrator. Climbing gyms stand out as a key location for harassment, and a number of gym staff or well-established climbers have been accused. Some of the most egregious experiences happened overseas on climbing expeditions.

4 | The number of direct action items, aside from not sexually harassing or assaulting people, that you can do to help stop and prevent SHSA. Direct: Step in to intervene, or give social cues that something is unacceptable, such as an audible sigh after a bad joke. Distract: Shift the perpetrator’s attention and remove the victim from the situation. Delegate: If you’re unable to step in, ask someone with more social or functional power than you to step in. Delay: Check in with the victim after the incident to see if you can help support them.

0 | The number of exemptions that should exist for perpetrators of sexual harassment and assault. We need to eliminate discriminatory or harassing materials including jokes, emails and photos, and create a no-tolerance policy for SHSA. We have to show we mean it by making sure the policy applies to everyone, including CEOs, famous climbers, large donors, longtime members. It should be impossible to buy or bribe one’s way out of consequences.