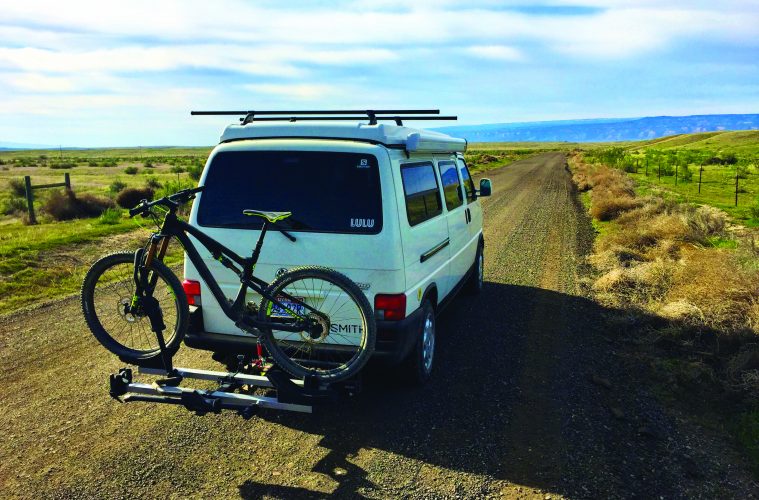 Soon after my husband and I purchased a minivan last fall, the reaction from most of our friends was a sympathetic grimace followed by, “I’m sorry.” Those who pitied us tended to drive rugged, three-rows-of-seats SUVs which, they intimated, conferred a level of cool we lacked. Meanwhile, our Toyota Sienna (yes, that one, the Swagger Wagon) epitomized our surrender to suburbia, domesticity and utter conformation. We had now joined the boring status quo. Drive a minivan and you might as well wear Costco mom jeans, quote “American Housewife,” have sex only once a year and sport a bumper sticker that reads, “My child is a kindergarten honor student.”

If I hadn’t been having so much fun loading up our minivan with gear and hitting the road, I might have been offended. But while our critics snickered behind their hands at school drop off, I’d seen the light. My epiphany was simple, yet profound: The only apology warranted when it comes to minivans is a mea culpa for not being a believer in the first place. Within days of our purchase, I understood that not only is a minivan a sensible choice for families, it’s equally appropriate for any dirtbag in need of a solid set of wheels and lacking a trust fund that could buy a steezy Sprinter van.

Yes, I know, it’s bigger and has more street cred than your average minivan. But good luck finding a used Sprinter for less than $20,000; used minivans, on the other hand, are as prevalent as man buns in a vape shop and often cost less than five grand. If you’re still with me, here’s why the lowly minivan ranks higher than the posh Sprinter.

To begin, consider the space. If you haven’t been inside a minivan, get thee to a soccer field on a Saturday morning and ask the friendliest looking mom for a quick tour. Most people can stand (in a small crouch, good for working out the quads) inside, and with the seats folded down, you’ve got a bigger footprint than your average car camping tent.

About those seats. The engineers at minivan central understand that most of us want ease and convenience when it comes to moving around our vehicle’s furniture. Unlike other people movers (looking at you, Honda Pilot) with “removable” rows of seats which I’ve heard require brute strength to actually remove, the back row seats of the minivan easily disengage for storage into the bed of the van. It’s amazing. Flip the handle, and bye-bye seats.

With them gone, you have almost as much space as the back of a pick-up truck. But unlike a truck whose bed is exposed to the open air, the cavernous space of the minivan is already enclosed. No need to shell out big bucks for an unwieldy and extremely heavy truck topper (I know of which I speak; for three years I drove an F-150 with a topper, and aside from endowing me with a modicum of sex appeal among the ski bum set and landing me a spot on NPR’s show Car Talk, that damn topper served mostly to beat me up any time I needed to remove it).

Now let’s talk about what’s important in an adventure-mobile: cargo space for toys, the ability to provide shelter in poor weather and reliability. Whether you’re a climber, surfer, mountain biker, mountaineer or jack-of-all-sports, the van can house your gear, provide shelter for sleep, and even let you cook inside in inclement weather. Sure, it takes some organization, and a few strategic investments in gear won’t hurt. I bought a dozen pack-it organizers from Eagle Creek, to keep headlamps sorted from stove fuel. We also procured a Yakima roof box so we could lock away our skis and extra bags, but that was definitely an add-on, not a necessity. A bike rack is forthcoming (for now, bikes ride in the car even when my family of four is all there because the minivan’s awesome spaciousness allows for it). And, last winter, when we were hitting the road to ski every weekend, we paid big bucks for a Yeti cooler, which kept food cold and fresh for days, virtually ensuring we’d save money by eating in.

If there’s a flaw to the minivan, it’s the limited clearance, more on par with a Honda Civic than a Landcruiser. You won’t rumble over rugged Forest Service roads, but you will drive safely in a blizzard, over high mountain peaks, on unplowed roads. The key is to invest in good snow tires and to drive with caution. In the eight months since we purchased our minivan, short clearance has never sidelined me—and I’ve been all over Colorado’s mountains in the winter with a full ride.

Honestly, that’s my only gripe. Since becoming the pilot of a swagger wagon, I’ve fallen in love with the minivan’s elegant design: five doors (two of which slide open) and a place for everything. Cup holders galore, shelves and pockets with unrivaled utility. There are two gloveboxes.

And, because I am a mom with kids who play soccer, I love the ability to transport more than my family. The first month we got the minivan, my pal and I took our children—four between the two of us—to Glenwood Springs. Over Thanksgiving, we squeezed in another family of four for the scenic, hour-long drive to my parents’ house in Larkspur. I’ve schlepped a gaggle of kids to practices, the local ski hill, and the bike park. Not only is it convenient, it’s one small effort at reducing the number of cars on the road.

And yet, I’m not naïve. I know a minivan lacks the sex appeal of a big SUV. But the stigma associated with my Sienna or the Kia Sedona or the Honda Odyssey is unfair. Whether you’ve got kids or not, if you’re reading this you likely live an active lifestyle. You cherish your days on the road, heading to a trailhead or the desert or your favorite river rapids. And given your penchant for adrenaline and the outdoors, your ample gear closet, your need for convenience and, occasionally, vehicular shelter, I urge you to give the minivan a shot—it could very well change your life.

Boulder, Colorado-based freelance writer Rachel Walker is looking to log hundreds of miles this summer with her boys, bikes, and boots in the family swagger wagon. Need a ride? Just ask.