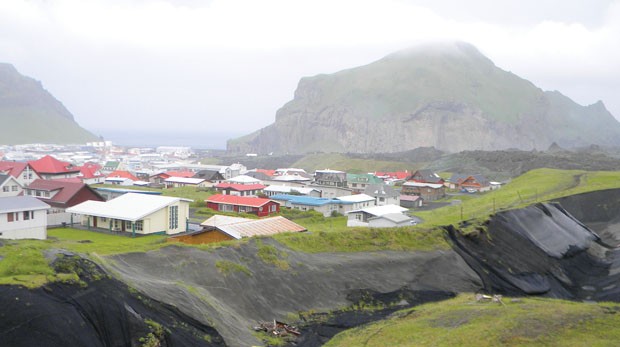 Get Out of Yourself

Into the Mystic: The light on Iceland’s far corners could change your life.

Even though we were dead tired from a huge hike across alpine tundra and a big meal of fish and chips and beer, my friend and fellow editor Sam and I knew we had to go out in Reykjavik. After all, there was a chance we would never be back here again. So we hit the town and found a small dive and watched the locals. Back at the hotel, when our guide Melissa offered a midnight drive up to Þingvellir (Thingvellir in English)—the site of the current Icelandic parliament and the historical spot where Vikings convened and aired their grievances in what may have been the first democratic assembly—we couldn’t say no. Though everyone else did.

The drive was an experience all its own—Iceland is a dream world at night in May, the sun still hanging on the horizon, angled light glancing off the steel sea, the landscape ghostly, covered in moss and melting snow, yet also endless and open. And we learned that Thingvellir has more than cultural significance—it’s a crack between worlds, the spot where the North American and Eurasian tectonic plates meet. I felt an opening, not just in the expanse of the European Arctic, but in myself, in knowing that there were still places where the imagination I had as a child (filled with Vikings and Tolkien) still had some space to breathe. I had forgotten it was there.

When we got to Thingvellir itself, we sensed that power of the earth split apart in our bones. It felt even more significant since it was some hour in the middle of the night—and still half light. Melissa led us to a bridge over a deep steam between the plates. She told me to drop a coin in and make sure I watched it fall all the way to the bottom to secure my wish. I did. And I returned to Iceland two years later and plan to take my family back to that enchanted place this summer.

When I was on a completely different part of the planet, in Tunisia, I traveled far out into the Sahara to an oasis town called Douz. Along the way, I encountered many North Africans who wanted to talk about the one subject I wanted to avoid—politics. Though I like to think that I’m open-minded, I did feel vulnerable as an American in the Muslim world, despite the warmth of so many Tunisians, and it bothered me. At Douz, we escaped it all, trekking out into the desert where our Bedouin guide told us there were no nations, just sand and stars and music on the wind. Back in town we celebrated with a dinner and a walk back through the date palms to the hostel where we were staying. A young man joined us and warned us that we had been dining with bad dudes, Algerians, he clucked. He said we were lucky they did not rob us. We started to worry in the dark. And then heard screaming behind us. Someone was chasing us. “Run,” the young man told us.

We did. The screaming got louder and we reached town just as our pursuer caught up to us. “Your camera,” he panted, holding it up. “You forgot your camera at dinner.” Thanks.

And thanks to travel for surprising us out of ourselves.