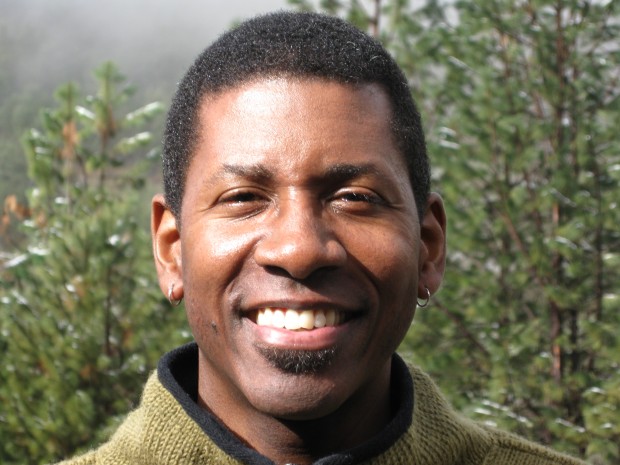 Like most watchers of PBS, I was introduced to Shelton Johnson through the Ken Burns documentary “The National Parks, America’s Best Idea.” But I had the pleasure of actually meeting him months before the six-part 12-hour mini-series aired on public television in 2009.

A leading authority on the Buffalo Soldiers, African-America cavalrymen of the U.S Army, Johnson is also an interpretive ranger at Yosemite National Park. In the lead up to the release of the Burns film, he shared with me the story of how more than 400 black soldiers patrolled Yosemite and Sequoia National Parks at the turn of the last century. At a time before the creation of the National Park Service, these men performed many of the same jobs that park employees do today.  They were in effect among the world’s first park rangers.

As Johnson and I became acquainted, I quickly discovered that he also has tremendous insight on contemporary issues of race and ethnic diversity as they pertain to the current roles that people of color play in outdoor recreation and the movement to conserve wilderness. He’s currently only the full-time African-American park ranger at Yosemite. And ironically after having been so thoroughly involved in the creation this park, today African-Americans make up fewer than six percent of several millions visitors each year.

On a recent visit to Yosemite, I met with Johnson to ask him a few pointed questions about his thoughts and experiences when it comes to diversity in the National Park System from the perspective of both visitors and employees.

What’s stopping people of color from pursuing careers in the National Park Service?

I think it comes down to one word: tradition. I think there is no history, no tradition of African Americans choosing work in fields such as biology or botany or the sciences in general or natural history. If you’re embarking on a career as a historian, it’s a cultural historian of some kind, a social historian, but not a natural historian, not someone who is actually well versed and grounded in the natural history of America.

So as a result of those choices we are left out of all of these stories, even though we’re in the stories. And that’s the irony of all this. African-Americans have played a significant role in the history of national parks, in the history of wild lands in general. Lewis and Clark, and York, Clark’s manservant is right there. There’s an African-American in the first epic journey.

If Homer were an American, if Virgil had been an American, they would have written a 20,000 line epic poem about Lewis and Clark because it is the American epic. There’s the beginning, 1803, wilderness. Most of America is on the east coast and there’s an African American with Lewis and Clark, sometimes serving as a guide, sometimes serving as a translator. He’s helping out with that journey and the Corps of Discovery. So we’ve been around since the beginning of this whole enterprise. But we have not been represented in the media that reflects our memories of those enterprises. So the result is we’re absent even though we’ve been present all along.

So what is the impact of that absence on modern Americans, in particular African-Americans?

It’s internalized. As African-Americans we think that we have no place, no role or connection with wilderness areas. We think that, to use the vernacular, ‘that’s something that black folks don’t do.’ That’s kind of the mindset. Because we’re not aware of our own history in these places we think that we have had nothing to do with them. And so now the key is just communicating those stories.

We realize that we are historically grounded in these landscapes. And these landscapes not only belong to us but we helped to set some of them aside, helped to preserve them. That’s the key thing to communicating these stories. And that’s why these stories, meaning the history of the Buffalo Soldiers in Yosemite and Sequoia, are so important. Because as far as I’m aware it is the only stewardship story having African-Americans in a stewardship role in the history of the National Parks. We’re there protecting wilderness before there was a National Park Service, before there were national park rangers. You can’t get any better than that in terms of stewardship.

When you talk about the National Park Service today and its apparent interest in diversity—diversity meaning having a staff and an employee base that’s reflective of the United States of America—how effective has the park service been in creating that?

The Park Service has not been very effective. It’s easier to solve a problem that you truly understand. I don’t know how well the park service really understands the problem. Certainly they understand that there is an absence of African-Americans within the National Parks. But part of it is … I’m from Detroit. I grew up in the inner city, so I know what it’s like to be in these communities, established among African-Americans. Hispanic communities? No. I don’t know them because it’s not part of my background. But I know what it’s like to be black, because I’m black. And I know what it’s like to grow up black in an inner city environment. So it’s easier for me to find a way of connecting with those audiences because I’m connecting with myself. I’m connecting with myself that I was when I was a kid growing up in the inner city of Detroit. So it makes it easier for me to be conversant with those folks, culturally conversant. I’m not necessarily talking about linguistic fluency. I’m talking about cultural fluency.