It’s time for EO’s annual roundup of the best music we had on heavy rotation during a year of adventure and road trips. 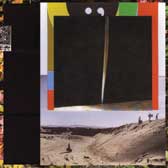 The fourth full-length effort from Bon Iver feels like a culminating statement that bridges the different elements found on the Justin Vernon-led project’s three previous albums. Sonically, Vernon has evolved far beyond the artist in wintry isolation who created the trend-setting predominantly acoustic debut “For Emma, Forever Ago” more than a decade ago. He bloomed into majestic folk-rock on his outfit’s self-titled 2012-release and went deep into the electronic wilderness on 2016’s “22, A Million.” Bits and pieces of that past work are all present on “i,i,” and it all comes together here with warm and communal cohesiveness. Joined by a bevy of well-integrated special guests, including Bruce Hornsby, Jenn Wasner of Wye Oak, Moses Sumney, James Blake, the Brooklyn Youth Chorus, and members of The National, Vernon has crafted some of his most intensely uplifting songs to date—capped off by the fiercely emotional four-track run of “Holyfields, “Hey, Ma,” “U (Man Like)” and “Nameem.” 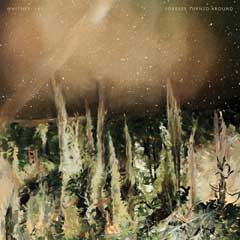 In this age of fast-paced digital chaos, Whitney’s music is a patient breath of fresh air. The gratification comes when you have a chance to pause and take it in. Analog warmth emanates immediately in the first notes of “Giving Up,” the soulful meandering opener of the Chicago group’s second album, “Forever Turned Around.” When drummer/vocalist Julien Ehrlich starts to sing in his gentle falsetto, it feels like an invitation to relax, slow your thoughts and ponder what ails you in front of a sunset, rather than the glow of a screen. The effort—full of airy 70s rock callbacks shaded by organic R&B and jazz influences—is cozier and more laid back than the band’s lauded debut, “Light Upon the Lake.” That feel partially comes from the somber longing in the lyrics of standouts like “Valleys (My Love).” But the band has some serious chops, too: Bursts of fun spontaneity, in particular the head-bobbing horn-and-guitar instrumental funk jam “Rhododendron,” break up the pensive moments. 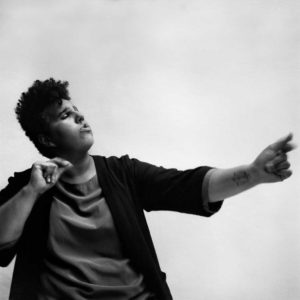 While many were hoping for a new Alabama Shakes record this year, the frontwoman and guitarist of the soul-driven Southern garage-roots band had other ideas. Howard’s first solo record is an extremely bold and dynamic release from an artist clearly intent on avoiding complacency. “Jaime” is named after Howard’s late sister, whom she lost to cancer as a teenager, but the album doesn’t dwell on past pain. Howard instead looks forward, sonically and personally, celebrating the beauty of everyday simple things in the sparkling, atmospheric R&B of “Stay High” and diving into futuristic funk in the empowering “13th Century Metal.” In the latter, she uses spoken word among a hard-hitting industrial groove, declaring, “Every day I am alive I am given the opportunity to become that which I admire most of others. I am nonviolent. I am a master student and my spirit will never be stomped out.”

Ian Noe – “Between the Country” 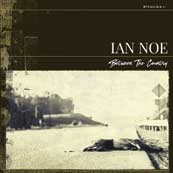 Sorrow and strife seem to be around every corner for the struggling small-town folks in Ian Noe’s vivid story-songs. The main character in “Barbara’s Song” sends out a farewell to his love before a tragic coal train crash, and the addict in “Junk Town” is just “trying to chase away those cold-sweat fears.” Noe, a burgeoning tunesmith from rural Kentucky who sings with a commandingly stark Southern drawl, has a keen eye for dark details, observing angst in his native Appalachia and channeling it into startlingly authentic folk revivalism. He anchors his excellent debut album— produced by Nashville studio ace Dave Cobb—with engaging hard-luck tales, delivered with powerful retro simplicity reminiscent of early John Prine while also incorporating some of the vintage jangle of early-electric Dylan and the Byrds. Noe is an artist who is turning his honest view of troubled times into music that’s too powerful to ignore.

The National – “I Am Easy to Find” 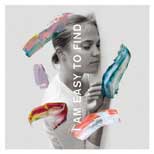 Less than two years after the release of 2017’s “Sleep Well Beast,” it was surprising for The National to return with an album this ambitious, so soon. “I Am Easy to Find,” released with an accompanying short film of the same name from director Mike Mills, features the indie quintet augmented by a whopping 77 guest musicians; the most memorable contributors being a cast of female vocalists, including Gail Ann Dorsey and Lisa Hannigan, adding engaging strokes of color to the deep dark baritone of front man Matt Berninger. While it’s not the band’s strongest album front to back, the sprawling record—full of emotionally sweeping textures—still manages to yield some of the best songs in the group’s expansive catalog, namely the heartfelt electro-pop of “You Had Your Soul With You” and the haunting banger “Rylan” which examines the societal stigma and internal madness of fighting depression.