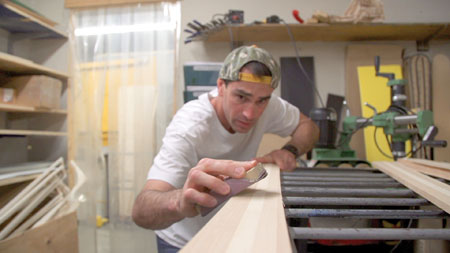 Back to New School: JSkis and Jason Levinthal

Remember when Line’s twin-tip skis first came out? Did you know they were basically a snowboard cut in half? The brain behind that move, Jason Levinthal, built his first twin tips in his garage as a college project while studying at the University at Buffalo. In 1995, he founded Line skis, starting by recruiting friends to help him build skis that ended up changing the industry. Fast forward to now, and Levinthal is starting a new ski company. The garage is still here it just got a lot bigger.

Where’s your favorite place to ski?

I live in Vermont, and I really like Bolton Valley. It’s not the biggest but that’s what makes it cool. It has night skiing and it’s only 30 minutes from my house. If I’m choosing anywhere, my favorite place away from home is Squaw Valley, Calif.

I’m married with an 8-year-old boy. My wife snowboards and the boy skis, and it’s the coolest thing to be able to all go riding together. Nothing is more rewarding than riding with your kid. They enjoy it a lot but they don’t live for it like me. I’m the guy pacing around the house Saturday and Sunday morning complaining that we’re not skiing or rushing everyone to get in the car to go. I drive them a little crazy but I just can’t be in the house when there’s snow outside.

What inspired you to start Jskis?

I’m an entrepreneur at heart so it was just time, you can only put off that itch for so long. A lot has changed in the world of business since I started Line skis back in 1995. The speed of communication is so fast now! I want to not only talk directly to the end user but also sell direct to them and develop products with them. I want to be able to come up with an idea for a new graphic on Monday & take orders for it on Tuesday. It’s 2013 (nearly 2014!) and I’m looking create a brand moves at today’s pace.

Who will be building Jskis with you?

I’m working with an existing factory, Utopie in Rimousky Quebec. It’s the only ski factory close enough to drive to and they build a super high quality product. My friend Francois Sylvain previously engineered and ran the Line factory from 1999-2006 creating some award winning skis. I’m proud to be building skis in North America and will be sourcing as many materials as possible locally like the maple wood cores and much of the plastic and other laminates.

When will we see them on the slopes?

I’ll be shipping the first pair the end of November so go support what I’m doing and buy yourself or a friend a pair. I’m giving a 100-percent money-back satisfaction guarantee, so it’s a no brainer.

Check them out at jskis.com