It’s been quite the summer. As we sit here writing this blog we can’t help but feel like it’s getting away from us a little bit. Our calendar is filling up with work obligations, weddings, and family time. We think it’s important to leave some blank spots on the calendar. Just enough room for a few spontaneous trips to the mountains to do whatever we feel like. The truth is, even the “blank spots” on our calendar are filled up with work in one form or another. We took a short break from it all to hike to the highest point in the state. 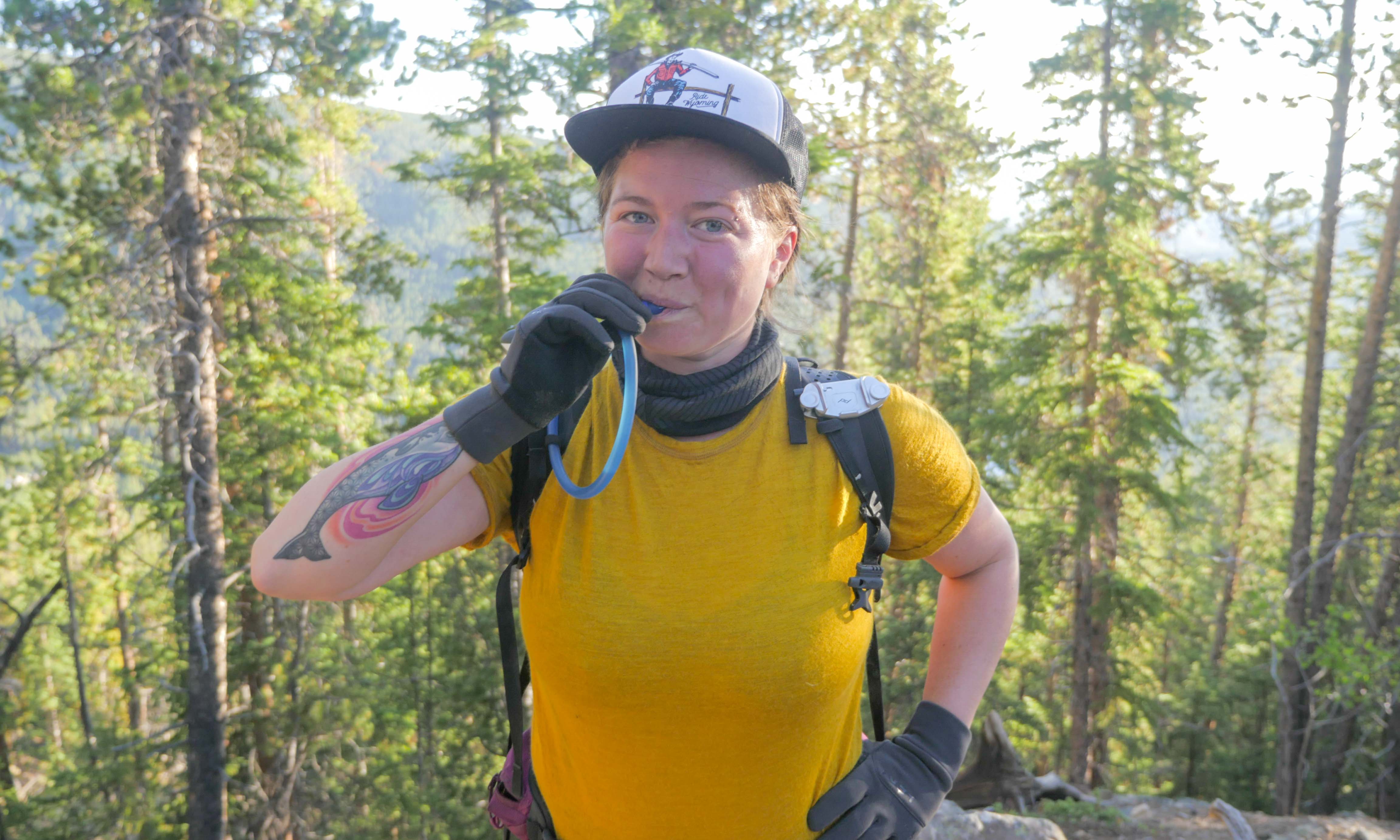 It’s been HOT here in Colorado, and we’ve spent most of our time running for higher elevation (except for when we decided to brave the triple degree heat in the Utah desert). Recently, we found ourselves with three “blank” days in a row leading up to the Colorado Vanlife Gathering in Basalt. In true Live Outside and Play fashion, instead of relaxing in the shade we decided it was time to test our legs and our lungs and do back-to-back-to-back 14ers. We even had some friends all the way from Blue Ridge Outdoors territory join up with us for Mt. Elbert. 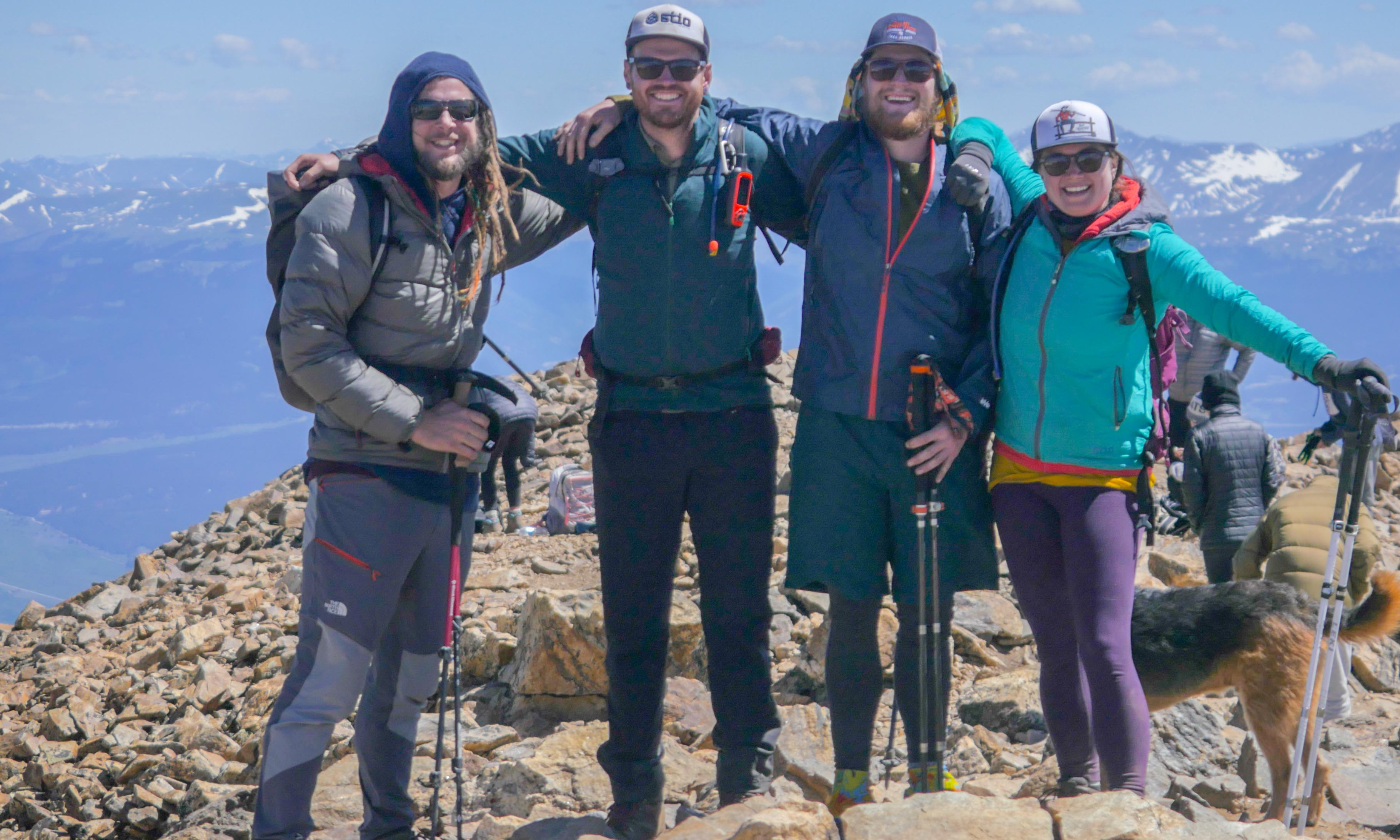 The whole trip worked out really well and we thought it would be nice to write up a trip report/how-to for those who want to make the most of a long weekend and summit some of the tallest mountains in Colorado. 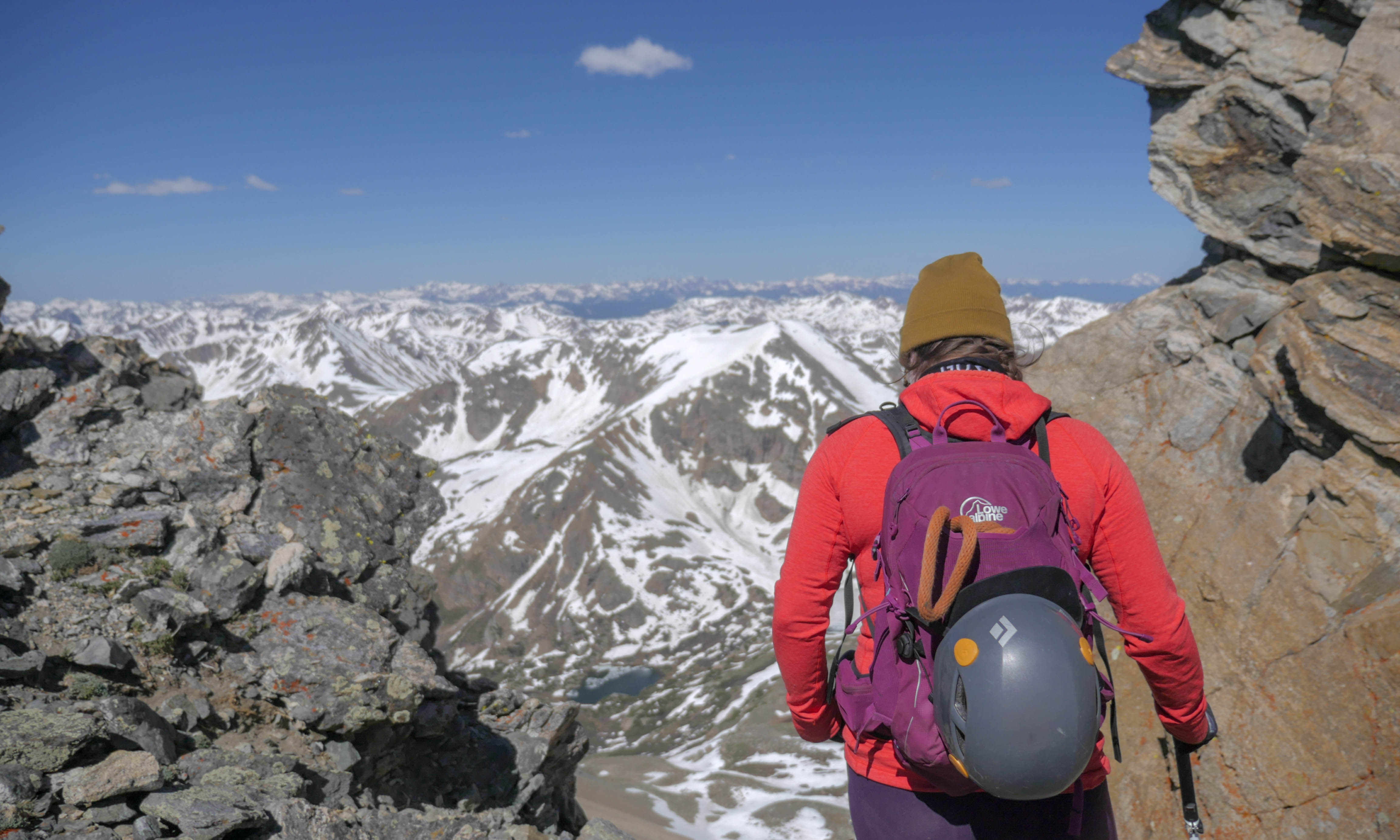 We suggest setting up basecamp along North Halfmoon Creek Road just west of Leadville, Colorado. This Forest Service road offers abundant boondocking along Halfmoon Creek. If you fish, this is definitely your spot. With the recent heat, this area offers shade and a cool place to dip your feet after a long day on the trail. 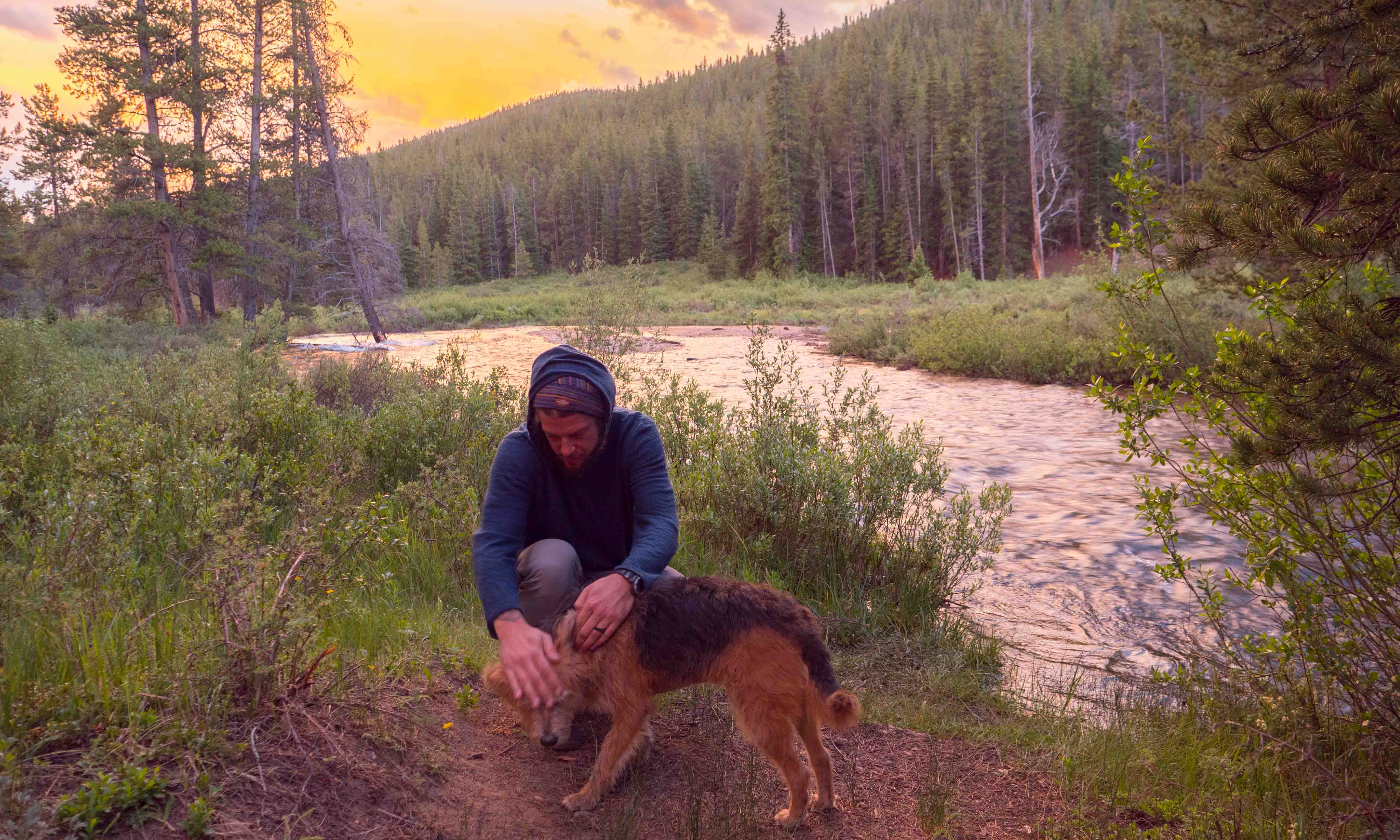 We decided to drive as far down this road toward the North Halfmoon Creek Trailhead as possible. Most maps have this road turning into a high clearance 4×4 road after the main Mt Massive Trail Head. The plan was to hike from North Halfmoon Trailhead because the Southwest Slope is considered more challenging than the traditional route and we figured it would be best to dodge the crowds while shaving off some distance. We were able to pilot the van within 0.3 miles of the trailhead before the road became too rough and we settled on a wonderful camp spot on the creek. We were correct in thinking we’d dodge the crowds, as we only passed one single human all day long. We started at 5:30 am to avoid afternoon storms. This was plenty of time to get below treeline before noon. A word of caution here: this route was STEEP. Like… really steep. The descent was a knee breaker. 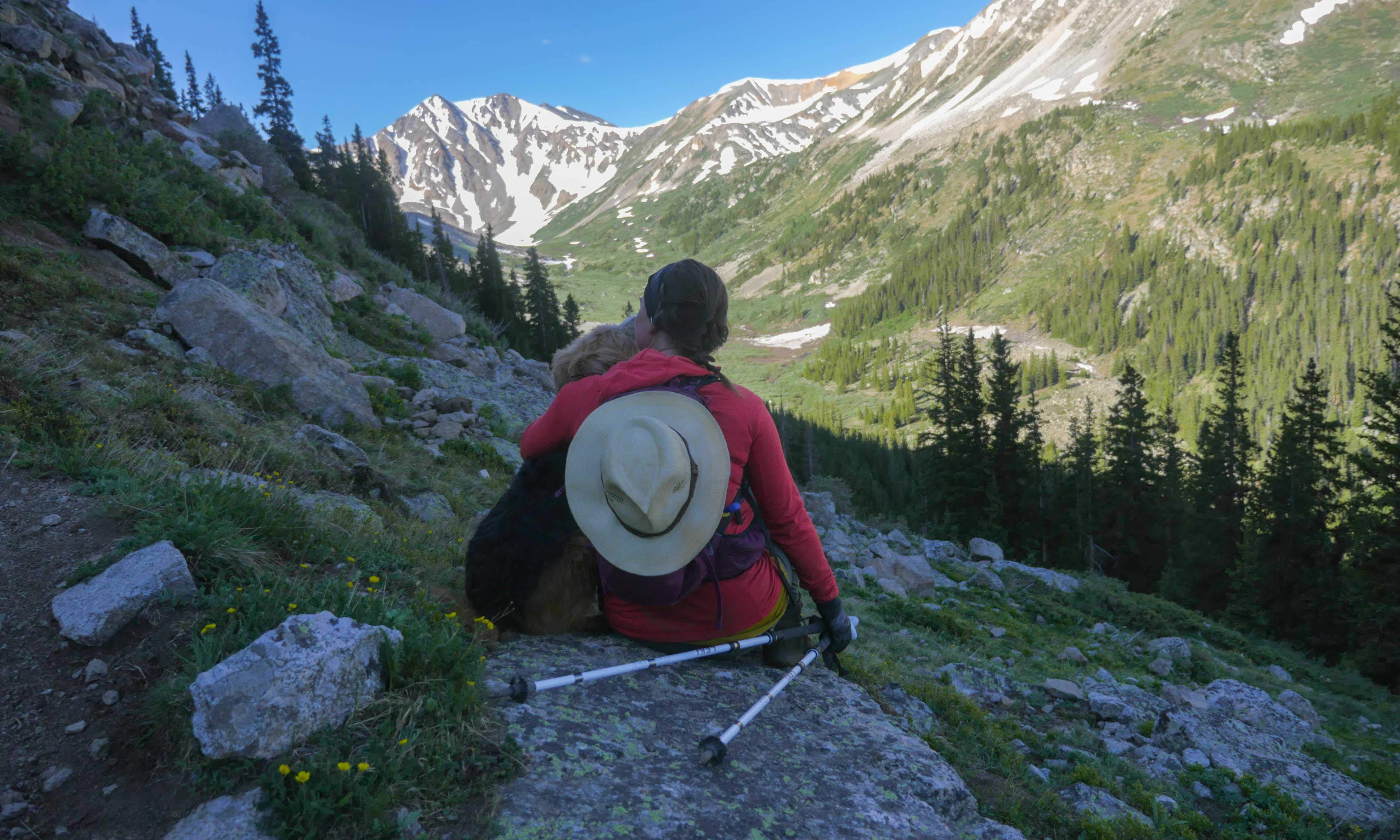 That night, we camped in the same spot. We were joined by our out of town friends and enjoyed some fishing and a campfire before we all called it a night and the sun went down. Our plan was to eat breakfast and then break camp and head for the main Mt Elbert Trailhead. We did so around 5:30 am and were surprised to find the parking lot almost full. Confirmed, this is a popular hike. In stark contrast to the previous day’s summit, this trail was packed with people in large guided groups. There was even a production team shooting a beer commercial with a large drone throughout most of the day. We didn’t mind the crowds. That’s the type of thing you come to expect on Colorado’s popular 14ers. Despite this being considered a “walk-up” mountain, it still challenged our legs and our lungs.

Once we returned to the van, we ate a quick snack and headed for our next destination. We had planned on parking at the main La Plata Peak Trailhead right off of Independence Pass and sleeping there for the night. It’s not the most secluded spot but we wanted to get an early start thinking this mountain would take us the longest with tired legs. When we arrived at the trailhead that evening, there was an active search and rescue operation happening in the parking lot and we decided to leave. We found a nice van spot along the river just down the pass from the La Plata Gulch Trailhead. We made dinner and passed out to a beautiful sunset. 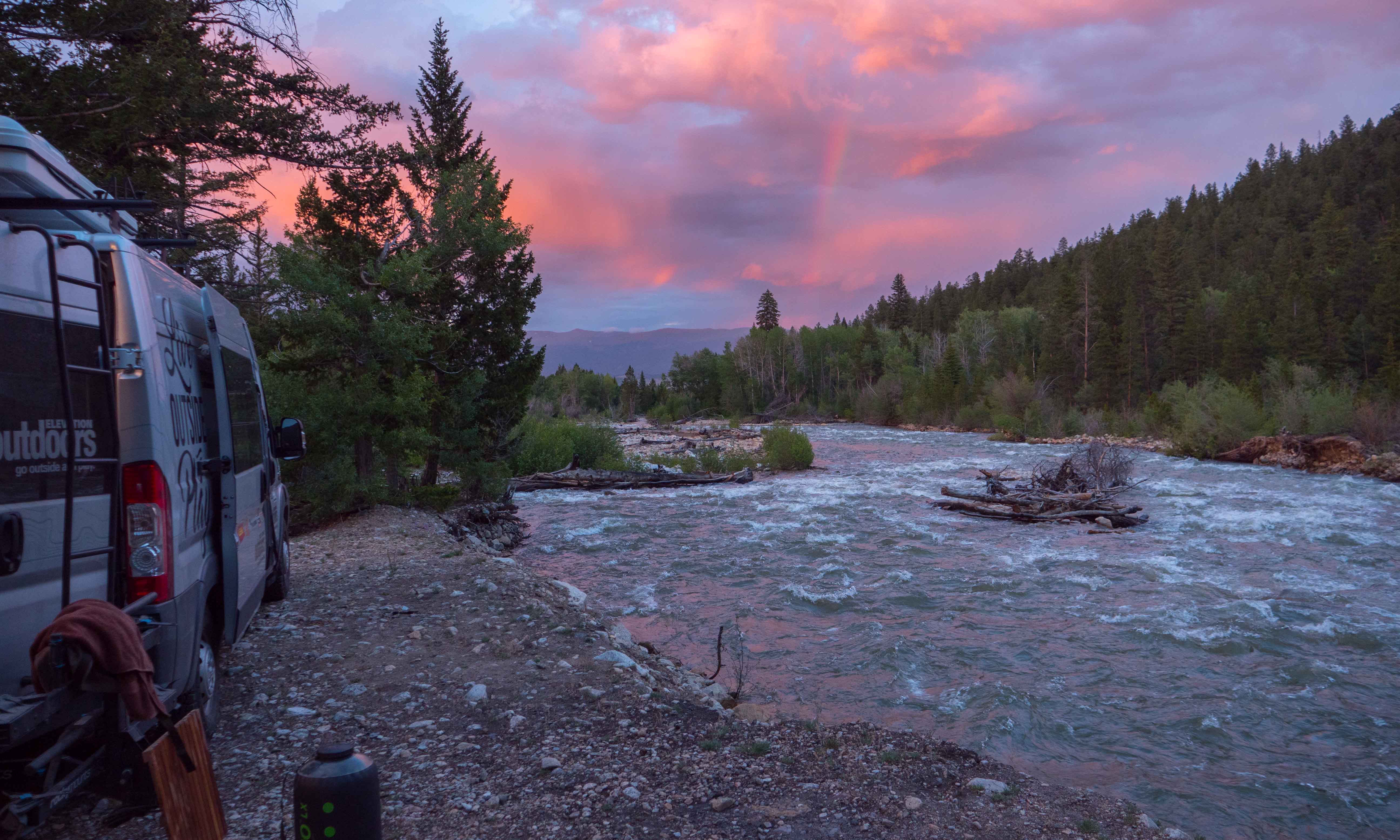 To our surprise, the next morning the search and rescue operation was still in full swing. The trail was open so we decided to hike but the SAR helicopter circled the peak for several hours and cast an ominous feeling over us as we ascended out of the valley. We chose the standard route for La Plata in part because the other routes were stilled snowed in, but also because we were driving right past the trailhead on the way to Basalt. La Plata might have been our least favorite of the three mountains. Probably because our legs were tired, the helicopter was circling, and the last 1.5 miles of the standard route is loose and hot. At the end of the day, we made it. Tired and hungry we slogged back to the van excited for snacks and cold water.

There are definitely more hard-core ways to spend three days in Colorado. We chose these three mountains partially because they fit into our final plan of getting to Basalt, but also because the routes we chose were considered class two at most. This is a great way for anyone who wants to see the high country in a short period of time.

There is one way for this tour to be a reality– our sponsors! Sending a thank you shout out to all of our awesome sponsors that make this tour happen: Sea to Summit, Mountain House, Lowe Alpine, Leki, Big Agnes, Stio, Roofnest, and Franklin County, VA. For more info on our sponsors, check out the post, “Live Outside and Play is Back!”