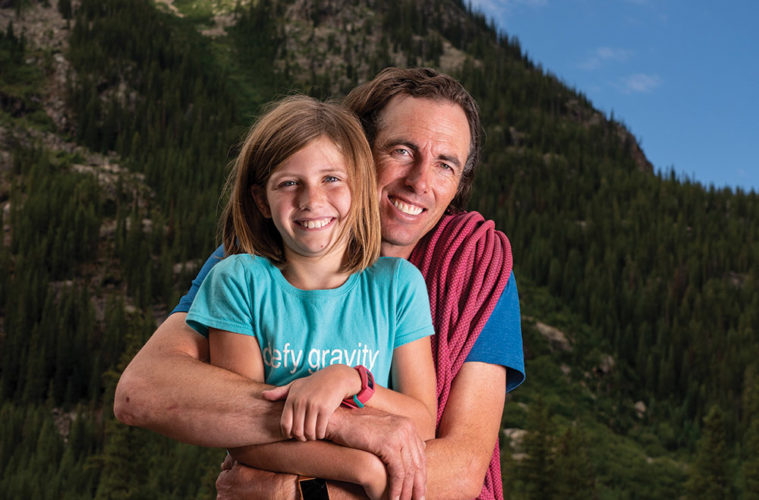 The youngest person to climb El Cap hails from an adventure family and she has solid advice for kids (and parents) looking to overcome their fears up on the wall.

We sat down at an old, wooden picnic table tucked into a pocket of shade under the bright heat of the Colorado summer sky. Across from me, 10-year-old Selah Schneiter, who became the youngest person to climb The Nose on Yosemite’s El Capitan in June, sat mostly still, politely acting as though she’d rather be doing this than playing on the nearby adventure apparatus her parents built between several old-growth trees. In a backyard I would have killed for as a kid, the Schneiters have casually installed a slackline, zipline, rope ladders and small wooden platforms that are clearly well-loved. Her mother, Joy, and three younger siblings all bustled around us as I listened to Selah share some thoughts on life after her historic El Cap feat (it took five days and she led three pitches) and offer some tips for other young climbers.

Did you know how much attention you’d be getting when you first planned the El Cap climb?

How many interviews have you done now?

That’s crazy. And you got flown to New York for an interview on the Today Show. Would you ever want to live in the Big Apple?

To be honest, I feel more comfortable on El Cap than I did in New York. It’s really crazy, because nothing like this has ever happened to me or anyone I know. It was cool to visit, but I would have exploded if I’d had to stay for three more days.

If there were other kids who saw that you did this challenging climb and thought, if she can do it, maybe I can start rock climbing, too, what would you tell them?

The two most important things are confidence and endurance. With confidence, you really have to think about what climbing means to you. It’s hard to put a lot of these skills into it if you don’t really want to climb El Cap. If I was sort of ‘eh, no,’ it would never have worked. You have to want to do it.

How about the endurance part?

You have to practice. Me and my dad would go out and we would practice one skill over and over again. We trained for El Cap, almost like building a house. You can’t build a house all at one time: First, you have to dig a hole, then you put in the doors and windows. You build it piece by piece. You take this big goal and ask, what little goals are included in it? For El Cap, jugging was key. For a few weeks, we’d practice jugging, then lower-outs, then Dad would tell me when we were going to add on a multi-pitch lead, fixing a rope and the rest.

When did you know you were ready for the climb?

I really, really wanted to reach the top, but I knew that I might not, and that was ok. Since most people have maybe a 50 percent chance of reaching the top, I thought I might have a 20 percent chance.

What would you tell another kid who was just starting to climb, but was a little nervous about it?

I like what my dad says: A [climbing] rope can carry two elephants. So unless you weigh as much as three elephants, I wouldn’t worry.

How important is it to have fun when you are climbing?

It’s super important. It’s one of the main reasons I love climbing. It’s gonna hurt, you’re gonna get tired and you might want to stop. But as long as you keep having fun, it’s great.

How did you have fun when you were climbing El Cap?

Long snack breaks. We’d talk about the world, tell stories, talk about what was coming up next. At Camp Six, on a big ledge, we realized Changing Corners [the crux 5.14a/b pitch] was on our route. I thought, Whoa, I think I can see the top. This is it. Our last day.

What would you tell the parents who are worried about their child climbing?

Just think about this: What is one thing that doesn’t have any risk in it? Some people think it’s crazy I climbed El Cap because it’s dangerous, but every single thing you do has a risk—my sister’s friend broke her arm just walking on the grass. Reach out to guides or experts to get started. If you don’t feel like doing the bigger stuff that’s fine, find a gym or just toprope.

Did you ever get bored?

Not really. It’d be nice when I got to an anchor—I’d take out the belay seat. There’s always something to do. There were some bad moments, too. I got tired. I was sore. And I wanted to set up the portalege even at 3 p.m. This happened while jugging up the Boot Flake and at the Great Roof.

How did you keep going?

My dad would encourage me, “You can do it, you’re so close.”