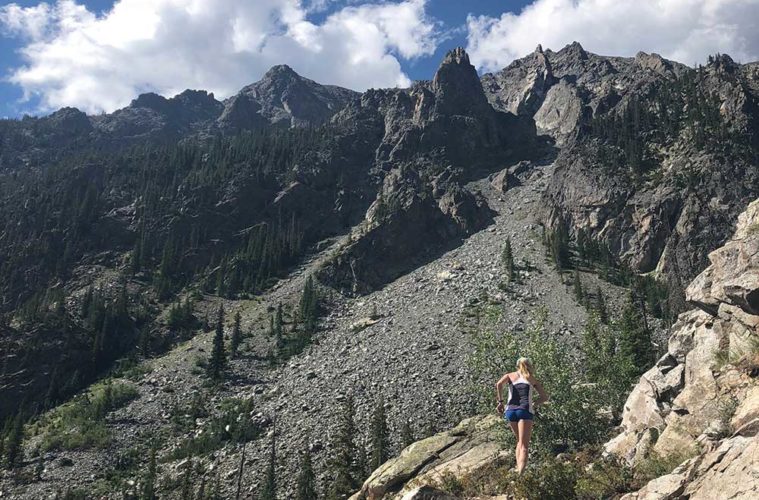 Conservation by the Numbers

Dig into these facts new and old about the ongoing efforts to preserve the wild places and diverse species on this swiftly shrinking planet.

$20 million – Amount The Conservation Alliance has given to grassroots environmental organizations since it was founded 30 years ago by outdoor industry brands  Patagonia, The North Face, REI and Kelty. Those funds, raised through member dues, have helped to preserve 51 million acres of wildlands, protect 3,102 miles of rivers, stop or remove 30 dams, designate five marine reserves, and purchase 13 climbing areas. conservationalliance.org

15 – Years John Sterling has served as the executive director of the Conservation Alliance. For seven years before that he sat on the board of the nonprofit representing Patagonia. Earlier this year, Sterling announced he was stepping down from his role. “I am really encouraged by the way the outdoor industry has responded to threats to our public lands,” he said. “It wasn’t always that way. Now, we’ve got a great industry that really cares and is ready to step up and use their voices.”

50% – Amount of the planet we must preserve for nature if we want the vast diversity of life on Earth to survive, according to biologist E.O. Wilson. The Harvard professor explains in the book Half-Earth: Our Planet’s Fight for Life, “I propose that only by committing half of the planet’s surface to nature can we hope to save the immensity of life-forms that compose it.” half-earthproject.org

100,000 GALLONS – Average amount of water used by the average household every year in the U.S. Forty-five percent of that is flushed down the toilet. By putting a weighted bottle in a toilet tank to take up volume, a household can save up to five gallons per day.

One – Switzerland’s ranking on the 2018 Environmental Performance Index (EPI), which ranks 180 countries on 24 performance indicators across ten issue categories covering environmental health and ecosystem vitality. The United States comes in at number 27. The EPI is produced by Yale and Columbia in collaboration with the World Economic Forum. epi.envirocenter.yale.edu

1 MILLION ACRES OF PRIVATE LAND – The amount that that Kris Tompkins and her non profit Tompkins Conservation gave to the government of Chile to create a new national park. It’s the largest such donation in the history of humanity. Tompkins, a former CEO of Patagonia, and her husband Doug, the founder of The North Face and Esprit who passed away in 2017, have been acquiring and preserving land for conservation in South America since 1990. tompkinsconservation.org

78,000 – Acres of wilderness in Colorado that would be protected by the proposed CORE Act, introduced to Congress by Sen. Michael Bennett and Rep. Joe Deguse of Colorado. In all, the act would protect over 400,000 acres in the state, including 80,000 acres of new, non-wilderness recreation and conservation management areas in Colorado that would allow for existing uses, such as mountain biking. bit.ly/2Mw4hfs

$28.12 – The amount it cost Henry David Thoreau to build his famed cabin on friend Ralph Waldo Emerson’s land on Walden Pond in 1845. In the 10-foot-by-15-foot structure he wrote “I should be glad if all the meadows on the earth were left in a wild state, if that were the consequence of men’s beginning to redeem themselves.” No matter your thoughts on the author—some see him as an admirable sage, others as a bumbling trust-funder—Walden continues to inspire legions of conservationists. Pilgrims to the site where the simple cabin once stood have been leaving stones there to build a massive cairn in his honor since 1872. waldenwoods.org

205 billion – Metric tons of carbon that could be removed from the atmosphere (one third of what has been pumped into it since the start of the Industrial Revolution) if saplings were allowed to regrow where forests have been cleared, according to a July 2019 report in the journal Science. The report states: “This would represent a greater than 25% increase in forested area, including more than 500 billion trees and more than 200 gigatonnes of additional carbon at maturity. Such a change has the potential to cut the atmospheric carbon pool by about 25%.” sciencemag.org/content/365/6448/76

50 – Number of states that benefited in some form by the 2019 John D. Dingell Jr. Conservation, Management and Recreation Act. In all, it created 1.3 million acres of new wilderness and 350 miles of wild and scenic river as well as 700,000 acres of new recreation and conservation areas. It also withdrew 370,000 acres from oil and gas development in Montana and Washington, created five new national monuments, and expands the idea and the area of national monuments dedicated to the history of African Americans.

7 million – Copies of Rachel Carson’s classic Silent Spring, considered the seminal work in the modern conservation movement and the impetus for the creation of the Environmental Protection Agency, that have been sold in the U.S. since its publication in 1962. Carson was posthumously given the Presidential Medal of Honor in 1980 by Jimmy Carter.

513,500 – ACRES OF PRISTINE FOREST – Land in Liberia that 2019 Goldman Environmental Prize winner Alfred Brownell stopped from being clear cut by palm-oil developers.The forest is one of the 25 most important spots for biodiversity on the planet and essential to the lives of indigenous people. Brownell now must live in exile in the U.S. for his own safety. goldmanprize.org