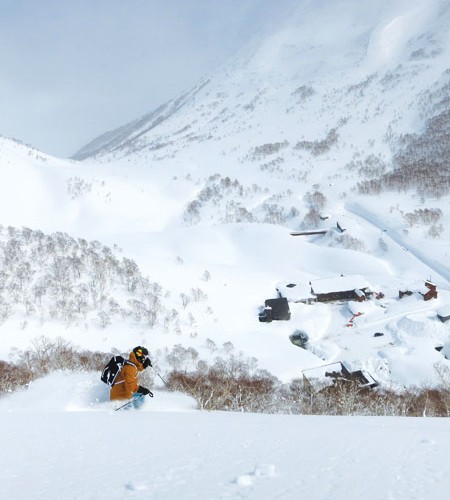 In January 2009 in the midst of the darkest days of the recession and fears that the entire economy would collapse, I was working at the Outdoor Retailer (a.k.a. OR) trade show in Salt Lake City. It’s a gathering of all the businesses and advocacy groups in the outdoor space. The mood was sombre. These are people who love to be outside, immersed in the wild and who care about conservation, but they are also people who run businesses. No one knew where we were headed or if we would still have jobs in a year.

A few days later, I worked at the Snowsports Industry Association (SIA) trade show, the last one to be held in Las Vegas. The mood? Absolutely upbeat. It had been a good early snow year in many parts of the country. Snoop Dogg was at the Skullcandy booth. I had the chance to sit down with Perry Farrell and talk about life, music … and the ski vacations he takes with his family (which in itself was a very odd experience since Jane’s Addiction had been the soundtrack to the dark rebellion of my youth). People were smiling, psyched.

It struck me: No one here really cares if they lose their jobs—that would only mean more days skiing and snowboarding. I felt at ease, glad to be here with my tribe. Skiers and snowboarders have this secret knowledge of life that many workaholics lack: There’s nothing better to do in the short time we have here than being up high in the mountains, moving through snow, with gravity, often with friends. I’m not saying that we should ignore the problems of this world, that we should give up and become lost souls, that we should not work hard, just that if the capitalist house of cards we all rest our 401Ks on ever tumbles, skiers and snowboarders won’t be jumping out the windows.

Yes, of course, job and family and how you treat people determine who we are, and we have a responsibility to those responsibilities, but when it comes down to it, the moments we live for are on the hill. They are even better with people we love (though, there are those social rejects, too, you know, the people who can barely function in the real world, but become all smiles and fantastic human beings, your friends even, up on the hill.) Maybe time up there can even bring you back better, aware that we all fall and we can all get back up and rip.

There’s also something even deeper about belonging to the ski and snowboard tribe. It’s an immediate connection to those people who get it. When I first moved out West, I worked with two cowboys in Montana and learned they had spent a few seasons at Jackson Hole. One of them turned to me and gave me this enduring, and confidence-building, piece of mother wit: “Ski bum, best goddamn thing you can do with your life.”

So I have done that with my life. I, like many others in the “industry,” found a way that I could extend my ski bum stoke into a sort of career. And I have skied all over the globe and connected with other souls finding joyful moments in the mountains on this big long slide. I have bonded with Japanese telemarkers in Hokkaido and sung “The Final Countdown” at the top of my lungs with a crowd of hopped-up Swedes after a backcountry tour. Best of all, I have been there with family and friends. And, even if it is just a break from waking life, we have found something deep.