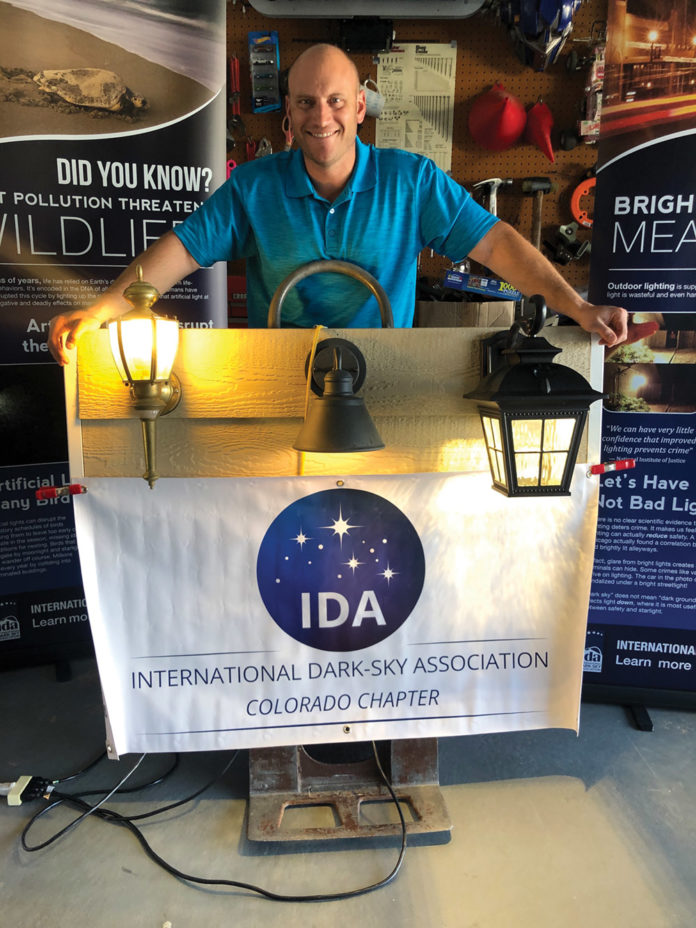 It’s a sad fact, but one-third of the world’s population and 80% of Americans cannot see the Milky Way, the river of stars that has dominated the night sky and human imaginations since time immemorial. Today, light pollution in most developed countries creates a luminous fog that swamps the stars and constellations.

But it doesn’t have to be that way, says Ryan Parker, volunteer chairman of the Colorado chapter of the International Dark Sky Association (IDA). Passionate about protecting the night sky, he says, “This is one form of pollution that can be solved instantly by turning off or shielding outdoor lighting.”

Parker and his Colorado chapter, one of 60 IDA chapters across the globe, travel the state educating students, homeowners and community groups about various forms of lighting and how, by turning off lights, or properly shielding them, they can save the sky and save energy. The IDA’s campaign also targets energy companies, lighting manufacturers, and municipalities.

A 45-year-old father of three and fifth-generation Coloradan, Parker is a Castle Pines residential Realtor who grew up on a farm. “Dark skies doesn’t mean dark ground,” he says. “People can leave their lights on if they want, but when it trespasses past their property, humans and nature can be severely impacted.”

Parker adds, “Humans were not designed to stay out all night long and neither should their lighting. Reducing light pollution will make a difference for generations and leave a lasting legacy.”  For more information go to Idacolorado.xyz