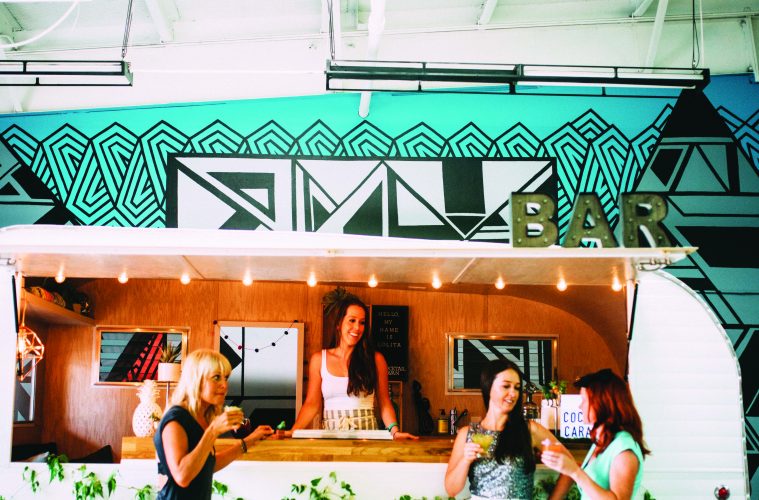 Photo by Poppies and Paisley Photography

Numerology: Pick up the Tab

Number of pool tables Colorado Governor John Hickenlooper and partners Jerry Williams, Mark Schiffler and Russell Schehrer installed when they opened Wynkoop Brewing Co. in downtown Denver in 1988. The brewery spearheaded the rebirth of LoDo and the craft booze revolution that has since spread throughout the state. wynkoop.com

Craft breweries in the state of Colorado, as documented by the Denver Business Journal in May 2017. The state is second only to California when it comes to that statistic. But we blow away the Golden State when you calculate that the number represents six breweries per 100,000 Colorado residents.

Liters of wine Denver vinter Infinite Monkey Theorem plans to can this year. Canned wine is hot right now and Infinite Monkey stresses that it’s more sustainable than glass bottles; aluminum is 100-percent recyclable and a used can can be back in a product on the shelves in as little as 60 days. theinfinitemonkeytheorem.com

The year Boulder’s Upslope Brewing was founded—and the same year another tasty Boulder-based company burst to life… We began planning Elevation Outdoors magazine in 2008 (in the midst of the Great Recession, when we were told print was dead) and published our first issue in February 2009. We’re often recreating and planning new issues at the Upslope Tap Room at 1898 S. Flatiron Court. upslopebrewing.com

Years Wood’s High Mountain Distillery in Salida, Colorado, founded by brothers Lee and P.T. Wood, has been pumping out craft spirits (see their Alpine Rye on page 40).They must be doing something right because the town elected P.T. mayor in November. woodsdistillery.com

The year Doug O’Dell opened his brewery in a 1915 grain elevator in Fort Collins. It’s now the 34th largest brewery in the U.S. becoming employee-owned in 2015. odellbrewing.com

Percentage of craft spirits sales of all spirits sold in the U.S. See? There’s room to grow.

Years an employee needs to work at Fort Collins’ New Belgium Brewing before they get a free fat tire bike. Employees own the place (no, really). newbelgium.com