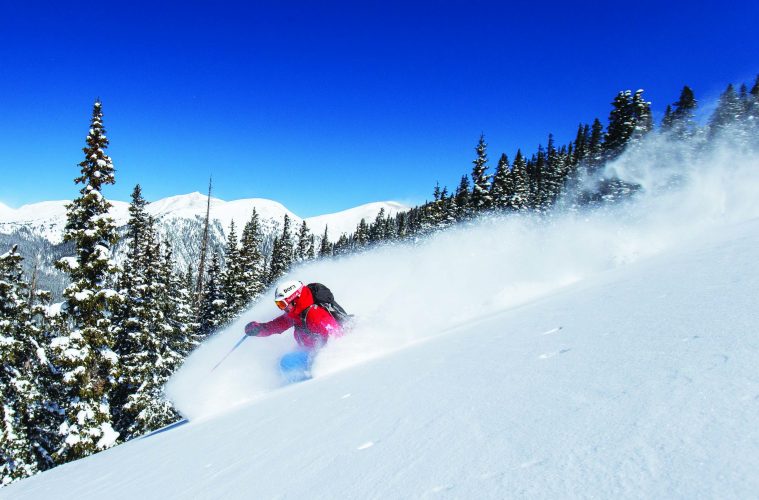 Arapahoe Basin is dropping the rope on The Beavers and The Steep Gullies this season, bringing a chunk of fairly extreme territory that has long been backcountry booty inside the ropes. While some longtime skiers gripe that this will bring masses to secret stashes, the ski area will now patrol and mitigate for avalanches in this steep and slide-prone terrain, which plunges off the west edge of the area.

The expansion, phased over two years, will grow the skiable acres by nearly 50 percent. The Steep Gullies encompasses 129 acres of double-black-diamond terrain, including a series of tight, rocky chutes that give even experts the willies. The Beavers, with 242 acres opening this season, is slightly more approachable, starting as a high-alpine bowl before dropping below tree line. The resort thinned trees and cut two runs in the Beavers over the summer. Next year, it’ll bump the west edge to incorporate 97 more acres.

“This isn’t something that happens often any more, where ski areas are able to add terrain,” says Adrienne Saia Isaac, A-Basin’s marketing and communications manager. “It adds a really kickass piece of terrain.”

Insiders will chuckle to see a run called Janitors Only, a nod to a crew of A-Basin employees known as the Atomic Janitors, who, in the 1970s to the 1990s, cleaned (and sometime slept in) the lodge by night and skied by day, often in The Beavers and The Steep Gullies.

Joey Klein, a former A-Basin employee and Atomic Janitor, has been skiing this backcountry terrain for more than 30 years. He likens this expansion to the one in 2007-2008, when A-Basin opened Montezuma Bowl, which had been prime—albeit fickle—backcountry terrain.

“It actually opened up more terrain for us because Montezuma Bowl has a hanging cornice,” says Klein. “It’s like a freight train just hanging there waiting to drop on someone. So all the years we skied in ’Zuma, we never could get after as much as you can now thanks to the avalanche control work.” A-Basin installed an explosives delivery system this summer so ski patrol can drop bombs from fixed cable lines above The Steep Gullies.

“In my time, folks would hold off hitting the Steep Gullies for weeks, and if you did, it was considered a big gamble,” says Klein. “It’ll be something, knowing that you don’t have to worry as much [about avalanches] as in the past.”

Those responsible for safety at A-Basin agree. “By bringing this piece of terrain into our operation routine ultimately we’re going to make it safer,” says Ryan Evanczyk, A-Basin’s Snow Safety Director. “I think it’s a great addition… It speaks to everything that A-Basin has represented for many years.”

For now, a run through the new terrain ends with a 30-minute hike back to the lift. Next year, A-Basin will add a quad to haul people out of the Beavers. The Steep Gullies will remain hike-out terrain.