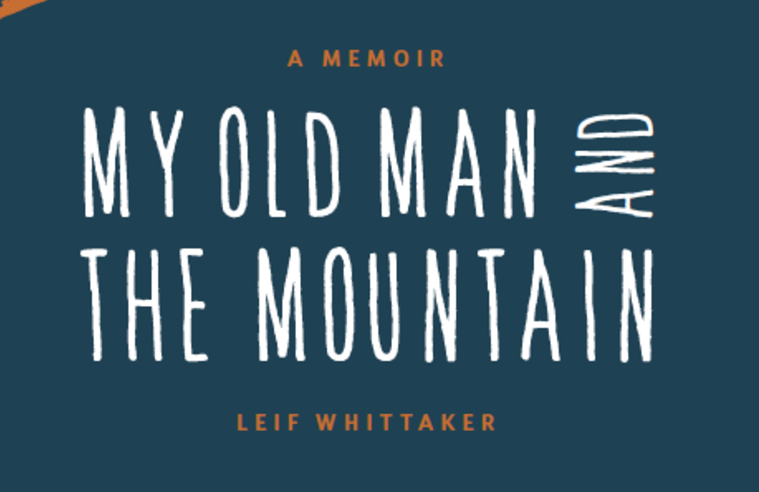 Adventure Library Book Review- My Old Man and the Mountain

Born into a family of mountaineers, Leif Whittaker grew up in the Pacific Northwest. He was the son of “Big Jim”, the first American to climb Mt. Everest. Feeling the pressure to fit in with his family, Leif started summiting major peaks at the age of 15. The ever-present shadow of Big Jim followed Leif from mountain to mountain, though, and he struggled to find a purpose beyond the legacy of his father.  My Old Man and the Mountain traces Leif’s relationship with both Everest and his father, and culminates in his own summit attempt of the peak.

The appeal in Whittaker’s book lies beyond the physical toils of climbing. As such, it will interest both experienced mountaineers and those who have no interest in ever lacing up hiking boots.  My Old Man is a coming of age story, familiar to anyone who has searched for an identity outside of the family they grew up in.

Leif takes the reader on a journey of his childhood “growing up Whittaker”. Readers become intimately familiar with Leif’s family, his back injuries, and his search for purpose after graduation from college. When he is offered a chance to climb Everest, Leif jumps at the opportunity. He immediately packs up and journeys to Nepal, following his father’s footsteps from decades ago. My Old Man and the Mountain often feels like two separate accounts of Everest: Leif’s and Big Jim’s. Indeed, Leif frequently juxtaposes his own trek up Everest with that of his father’s. He constantly thinks about his father’s experience on Everest and often quotes excerpts from Jim’s book, A Life on the Edge. Leif saves his book from a dull recitation of facts, though, with his frank narration and sincere descriptions. Throughout the book, the reader is treated to insights into Leif’s own thoughts, insecurities, and hopes.

It is this candidness that truly makes the book worth reading. Leif’s story is full of intimate personal anecdotes, which spare My Old Man the arrogance that can befall many mountaineering books. By punctuating his narrative with witty, self-deprecating humor, Leif gives a fresh sense of honesty to his writing. Humble and well-written, My Old Man is a crowd-pleaser that just may inspire you to get out and hike.