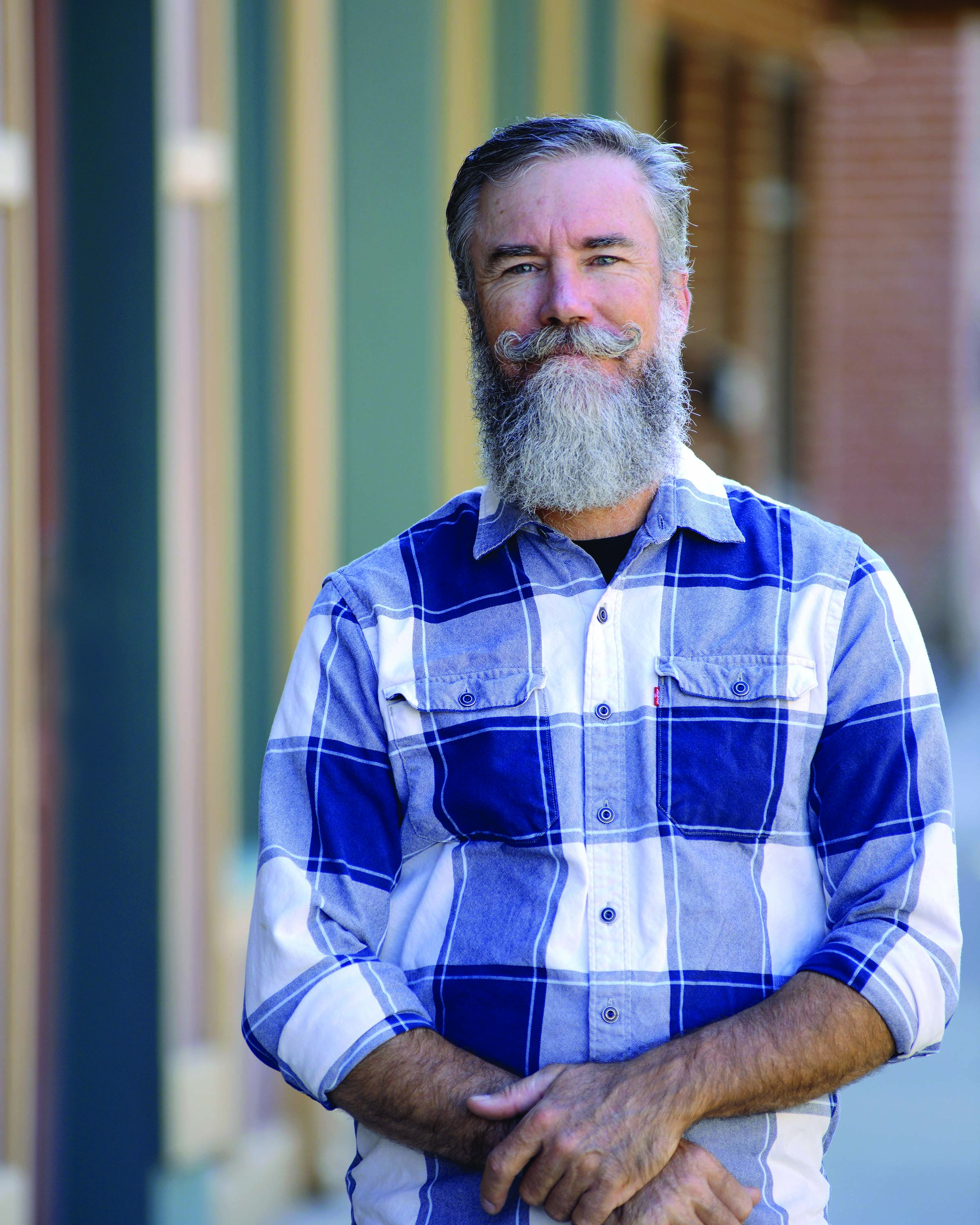 The mayor of Salida, Colorado—who also co-founded the town’s iconic craft distillery—dishes on why it’s important to get involved in your local community.

The historic railroad town of Salida, Colorado, may be have been built in an era immortalized by cowboys, gunslingers and rowdy saloons, but these days paddling, mountain biking and craft beer represent the Wild West here. Salida’s mayor, P.T. Wood seems to straddle both worlds. He co-owns a craft distillery (Wood’s High Mountain Distiller), sports a handlebar mustache and paddles a whitewater kayak. But Wood didn’t always have political ambitions. The Colorado native and whitewater enthusiast came to politics by  embodying Ghandi’s famous words: “Be the change you wish to see in the world.” Elevation Outdoors caught up with him to discuss how he landed in Salida, the finer points of whiskey and why he thinks community engagement is so important.

You’ve been a resident of Salida for over 30 years, and you spent your early years in the area as an active member of organizations like the world-famous FIBArk festival board of directors and the Arkansas River Trust. What was the river community like in the 1990s?

It was growing and vibrant. It was right around then that kayaks were really starting to evolve. Rafts were evolving. The whole way you got down the river was changing pretty quickly. It was such a cool, fun time to be around water sports.

While you’ve owned several businesses since landing in Chaffee County, you now have one of the coolest jobs in town: co-owner of Wood’s High Mountain Distillery. What inspired you to get into the business of booze?

I tried to open a distillery in 2001, but I couldn’t get a distilling license, and there just wasn’t a lot of information on how to go about obtaining one and opening a distillery. Then in 2006, or 2007, I was on a river trip with a bunch of guys, and someone brought out one of the first batches of Stranahan’s whiskey. Right about that time, Montanya Distillers opened in Silverton, and all of the sudden it seemed like people were doing it—opening distilleries—and I was like, ‘I can do it’.”

Was it tough getting the distillery off the ground?

My brother and I came across a great deal that helped us fund the distillery. We knew the people that owned the S Mountain property [the iconic foothills behind the town], and thought it’d be a good thing to own, so we made an offer and bought it for pretty cheap. We then traded it to the city of Salida for some other property that they owned, did a little land development there, and that gave us the extra seed money for the distillery. In the end of 2011, we bought the old downtown auto body shop. It took a little bit of work to put it back together, but by the end of 2012, we got our distilled spirits license and were up and running.

As a small business owner and someone who is heavily involved in the community of Salida, how on Earth did you find time to run for mayor?

It was never an ambition of mine. I think I—and a lot of other people—just didn’t appreciate the way the last mayor and council were running the city. Everyone was kind of looking around waiting for someone to step up, and being one of the most vocal complainers, I figured if you’re going to complain about it, you ought to do something about it. That was a good move. I think it inspired a handful of other folks to step up for city council who maybe would not have done so otherwise. We’re doing great things here in the city. It’s a lot of work, but it’s been worthwhile.

Do you think it’s important for people to be involved in their communities?

I think it’s critical to be involved in your community. They say you’re either at the table or on the table; You’re either sitting there or you’re being eaten. There’s no sense in complaining about something if you’re not doing anything about it. In every community, there’s a ton of opportunities to go out and help out.

What are some of the main outdoor-related projects the city is working on now?

Last, but not least—how do you maintain the perfect handlebar mustache?

I use a little Clubman Moustache Wax in there. The guys at the Rocky Mountain Beard Company also have some nice stuff, but it mostly takes a lot of concentration.