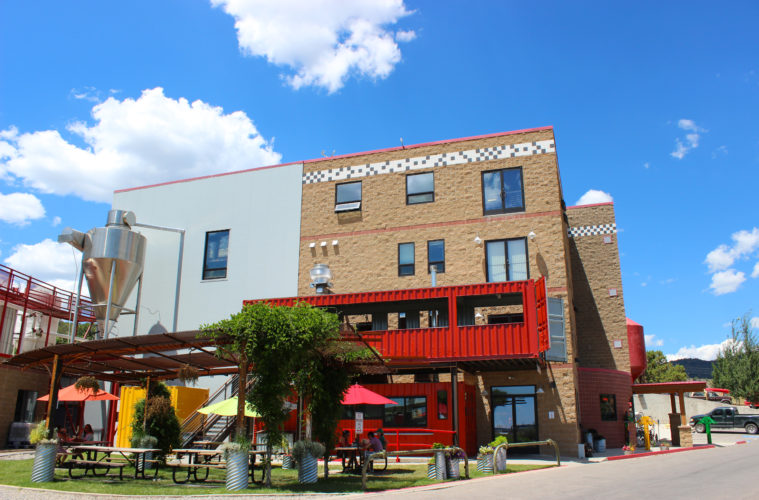 They sure do grow up fast. Seems like every other weekend this summer has been a blowout anniversary celebration of some of Colorado’s longest running and most beloved OG’s of the state’s craft beer scene.

On Saturday, September 8, Ska Brewing will celebrate 23 years of beer with a big bash at their Durango-based brewery. The event will feature live music by Big D and the Kids Table out of Boston, with Doped Up Dollies as the opening act. The Anniversary Celebration and Brewers Invitational will also include more than 20 of Ska’s brewery friends, with Oskar Blues Brewery, Odell Brewing Company, Elevation Beer Company and Santa Fe Brewing Company set to pour at the event. While the event is sold out, craft beer fans in the Durango area will still be able get a taste of Ska’s two anniversary beers — the MoSka Mule, an ale brewed with ginger and lime and sold in cans across the brewery’s expansive distribution footprint, along with the 2018 Barrel-Aged 23rd Anniversary Ale which is touted as Ska’s most sour beer yet. Aged in a single Sutcliffe Vineyard’s American Oak Wine Barrel, the anniversary ale will exclusively be released at Ska’s World Headquarters in Durango and served in the brewery’s taproom while supplies last.

Celebrating 23 years in business is quite a feat, but it’s been anything but smooth sailing for the brewery this year. On June 1, the 416 Fire started roughly 10 miles outside of the brewery’s hometown of Durango. The wildfire would go on to burn roughly 54,000 acres in the area, discouraging much of the tourism-driven town’s summer visitors and pushing many of the active outdoorsy residents and tourists in the area indoors. In order to help keep the town’s economy afloat Ska Brewing Founder Dave Thibodeau and his team launched a summer-long quest to fight fire with beer. The brewery organized a handful of community fire relief efforts including incorporating Token Tuesdays, during which customers at the brewery received a token for each beer purchased on Tuesdays with which they could choose which charity to donate their token to. Ska then wrote checks to the organizations involved in the amount of $1 for every token collected. The brewery also organized a successful “Fight Fire With Beer: Save the San Juans Saturday” event during which the brewery rallied breweries from across the state to donate funds from pint sales for one day to the Community Emergency Relief Fund. The event raised more than $28,000 for Durango’s Community Emergency Relief Fund.

As Ska prepares to celebrate a 23-year milestone this weekend, Thibodeau remains committed to helping his community and the people in it rebuild and get back on their feet following the aftermath of one of the area’s worst natural disaster in recent years.

“Now more than ever it’s an important time to spend tourism dollars in Durango, Thibodeau said. “We’ll be here with cold beer when you arrive.”