Ronnie McCoury on Family, Festivals and the Grateful Ball

After dancing our little ones into a tizzy, we sat down with Ronnie McCoury, the Travelin’ McCourys mandolin player, to talk all things “Travelers,” including their 2019 Grammy, Ronnie’s bluegrass roots, family and festivals. 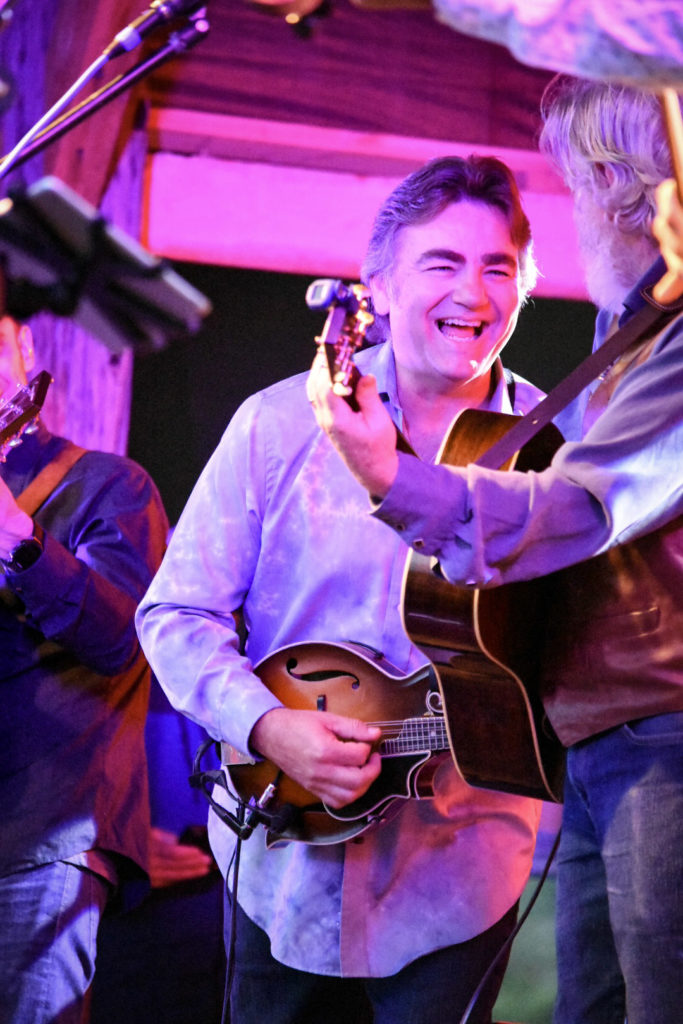 EO: We’re just over halfway through 2019 and this year has already had some highest highs (winning a Grammy) and lowest lows (losing bluegrass community member Jeff Austin). How are you all feeling?

RM: I think we’re in a really good place. We’ve been together going on 11 years, we made our first record [self titled Travelin’ McCourys] about a year and a half ago and somehow it won a Grammy. That’s a lot to live up to [laughter]! Honestly, I was surprised. In 1993, we [Del McCoury Band] were nominated for the first time. We wound up winning twice with my dad through the years. That feeling … it’s overwhelming, you’re so proud. When we won, my parents went out with us and were there for it all. They’re our biggest fans, they want us to succeed. They’ve put a lot into us. And now we’re making records with that in our mind.

EO: Speaking of your dad [Del McCoury], tell us more about your roots, your family. You’re still touring with your brother (Rob, banjo player in Travelin’ McCourys) and playing music with your dad.

RM: I started with my dad in 1981, when I was 14 years old. My dad was established, but he had a job as a logger. My mother worked a factory job and we lived in Pennsylvania. In 1992, I was in my early 20s and we decided to make the move to Nashville, which was a big deal. We still do a lot of shows with my dad,  about 80 this year. He’s a Grand Ole’ Opry member, the longest running live radio show in the world. They used to say ‘the highest honor for a country/bluegrass musician is to be asked to be a member of the Opry’. It’s a 5,000 seat venue and, growing up, my father used to listen to it on the weekends. Now he’s a member.

EO: So not only did you grow up with your family playing music, but you were raised in the bluegrass community. What was it like?

RM: Before I played music, if it was anywhere within a couple of hours, we’d go with my dad for him to play festivals. Back then festivals were small and you heard the band all weekend. My dad had a bus for the band and if the festival was close enough the band would bring their families, too. I grew up doing this. ‘I grew up in a porta John,’ I tell people [laughter].

We were so lucky to be around guys that created [bluegrass] music. Bill Monroe came to our house when I was about nine to play a show that my dad put on in Pennsylvania. I got to see all the greats that started this music … Rob Stanley, all of them.

EO: You’ve played a lot of gigs and festivals in your time. What’s your favorite one to date? And why?

RM: DelFest. We’re twelve years in. It’s what we made, what we did. It’s something that we didn’t know if we’d do another year. Low and behold, the people came. And we have a really good partner (High Sierra) who handles everything, and the venue/setting is beautiful with wonderful people to work with . Just to see how it has grown and the people that come from everyone – and their thoughts on it, what they share with us.

It’s also a legacy of my dad.  It’s family. That’s part of what our festival is about. We didn’t call it a “bluegrass” festival because we have a lot of branches out and a lot of friends we’ve been able to be associated with—Preservation Hall Jazz Band, String Cheese, Tedeschi Trucks, Dierks Bently. We’ve had a wide variety, so it’s a music festival and I’ve been to many festivals that go south and you don’t want your family there. We’re proud that it is a family festival.

EO: On the Travelers’ website you said, “If you put your mind, your skills, and your ability to it, I think you can make just about anything work on bluegrass instruments […] that’s a really fun part of this, figuring the new stuff out and surprising the audience.” Your words came to life at this year’s ROTR. How did the band find their way to ROTR and how the Grateful Ball come about?

RM: We were here two years ago, and I never played in this part of the country. I’m somebody that likes to play places I’ve not been. [Grateful Ball started with the] “Bluegrass Ball.” The Travelin’ McCoury’s would go out with different bands for about a year or two and it was a lot of fun. Some of the guys are too young to have seen Garcia. Years ago, I got to meet him and the band in Washington, D.C. My first show was 1987 in Philadelphia and then in Washington, D.C. while we were playing at the National Folk Festival on the National Mall. The first time he (Garcia) ever saw Bill Monroe live in California, my father was with him in 1963 and it was a big deal for him. If you saw the Bill Monroe documentary, Garcia says, “Everybody! We all wanted to be a bluegrass boy.”

EO: So where are the Traveler’s headed? What’s coming next?

RM: I’m working more with dad. [We’re doing] more recording. He’s 80 years old with an incredible great voice and I’m trying to do a documentary on him. [As for] The Travelers, we have to work on a record. Right now, it’s all building for us, so we’ll take some next steps and see what happens. We’ve got 160 shows this year. 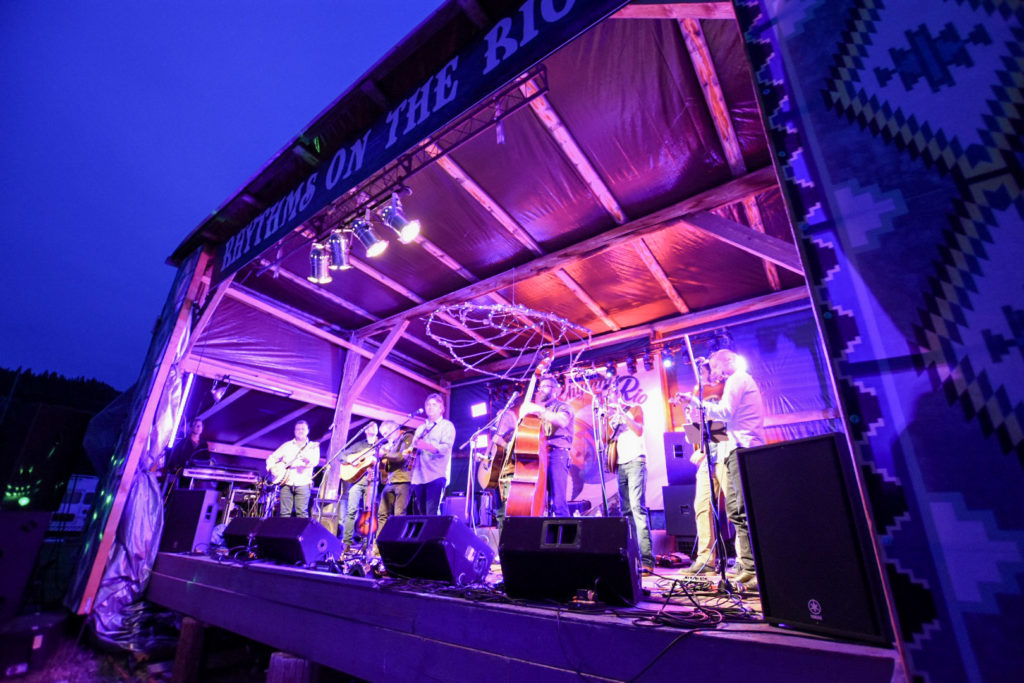 Ronnie is as much a storyteller in conversation as he is in his songs, so it only seemed fitting that he and the band would play a set of songs filled with good stories, including “Brown-eyed Women,” “Cumberland Blues,” and more. For music, tour dates and news from the Travelin’ McCourys visit thetravelinmccourys.com.