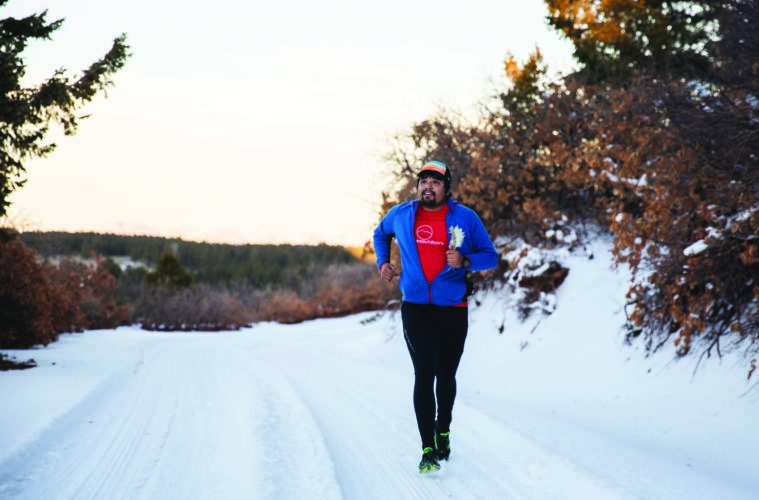 Native Americans have a deep, ancestral connection to the outdoors but all too often they get left out of the conversation when it comes to wilderness, wildlife, recreation and conservation in the United States. Dig into these numbers and learn more about how indigenous people are being heard and making a difference in the outdoor industry.

The number of Native American  tribes in the United States officially recognized by the Bureau of Indian Affairs (BIA). The list of recognized tribes includes large populations such as the Diné (356,890 people), Lakota (7,230 people), Cherokee (505,021) and Inuit (16,581) people as well as much smaller groups such as the seven remaining members of California’s Augustine Band of Cahuilla Indians. Native American people make up two percent of the population of the United States today.

The number of Native American companies that are currently part of the Outdoor Industry Association (OIA). In 2017, Len Necefer, an engineer and member of the Diné tribe, as the Navajo people call themselves, founded apparel brand Natives Outdoors with the express purpose of growing that number as well as expanding Native participation, visibility and voice in the outdoor space. The brand makes hats, tees and tanks featuring indigenous artwork and Necefer has plans to produce chalk bags. That merchandise feeds a bigger mission, however, raising funds to bring more attention to Native people and getting them more involved in outdoor business and activities. natives-outdoors.org

The number of tribes who came together to propose a Bears Ears National Monument in southeastern Utah to protect the land and cultural and sacred sites important to their shared heritage. Founded in 2015, the Bears Ears Inter-Tribal Coalition—consisting of the Hopi Tribe, Navajo Nation, Ute Mountain Ute Tribe, Pueblo of Zuni and Ute Indian Tribe—was the first time the leaders of these tribes came together for a united purpose. In 2016, President Obama created a 1.4-million-acre monument by the Antiquities Act, which 15 Presidents have used to create 127 monuments since 1906—but in 2017 President Trump slashed the size of Bears Ears by 85 percent at the behest of local white politicians. The Bears Ears Inter-Tribal Coalition has been joined by 25 more tribes with ancestral, historical and contemporary ties to the Bears Ears region in the fight to protect and preserve the area, which is rich in both cultural resources and coal and uranium deposits. bearsearscoalition.org

The number of homes on the Navajo Nation that are off the power grid, in spite of the fact that one of the planet’s largest coal-burning power plants lies on Navajo land in Fruitland, New Mexico. That plant spews out 157 million pounds of sulfur dioxide, 122 million pounds of nitrogen oxides, eight million pounds of soot and 2,000 pounds of mercury each year, posing health risks to the people who live near it but do not benefit from the plant.

The number of sacred, cultural and archaeological sites contained within the original boundaries of the Bears Ears National Monument. Without protection those sites continue to be looted and destroyed.

Hours 17 friends (and five dogs) spent running 250 miles, in six-mile relay legs, between Bears Ears National Monument and Grand Staircase-Escalante National Monument to raise awareness about the Trump Administration’s slashing of both monuments and rekindle the spirit of Native American messengers who have run across this landscape for eons. “Running is a cornerstone of the people and cultures who call Bears Ears and Grand Staircase home,” says Natives Outdoors Len Necefer in regards to the Diné and other tribes’ sacred roots to the place. “The history of relay runners and messengers extends hundreds of years throughout this landscape. Prior to the introduction of horses by the Spanish, these runners served a critical role in carrying time-sensitive messages between communities and tribes. Today, running still serves a critical role in rite-of-passage ceremonies such as the female puberty ceremony known as the kinaalda.” The run became the basis for the film “Messengers,” created by Johnie Gall, Greg Balkin and Andy Cochrane. The 17 runners included Necefer and Leadville 100 champ Clare Gallagher. messengersrun.com

The number of tribes that consider the state of Colorado home—they include the Apache, Navajo, Kiowa, Arapaho and Cheyenne. Only two tribes, the Southern Ute Tribe and the Ute Mountain Ute Tribe, are federally recognized in Colorado today, with others who ancestrally lived and hunted here on reservations everywhere from Oklahoma to Arizona.

Years people have inhabited the land of Canyon de Chelly National Monument. Located in Arizona, ths monument is co-managed by the Navajo Nation and the U.S. National Park Service, the only such partnerhsip in the southwest. nps.gov/cach

The amount The North Face gave to non-profit Friends of Cedar Mesa to help build a “Visit with Respect” Education Center outside Bears Ears in Bluff, Utah. The outdoor industry giant hopes that the grant will “provide educational resources—from maps and guides to knowledgeable staff—to educate and serve the thousands of visitors exploring the Bears Ears region.” friendsofcedarmesa.org

The number of Native Americans under the age of 24 living in the U.S. as of 2010. “As part of the Generation Indigenous initiative launched by President Obama, the Center for Native American Youth manages the National Native Youth Network to provide a sustainable platform to connect, engage, and provide opportunities for Native youth.” cnay.org/gen-i-network