“It’s one of those things where it gets into your soul and it gets into every fiber of your body and it’s like, why would I miss that?” festival founder Julie Kennedy told me after the 11th annual 5Point Film Festival in Carbondale, Colorado, this spring. “There’s so many takeaways you get, that can move you in whatever way you need to be moved.”

Now, people in Denver and the entire outdoor industry that’s gathered there for the week can experience a little bit of the magic of 5Point for themselves, as Outdoor Retailer and the Colorado Outdoor Recreation Industry Office present the Night of Stoke at Outdoor Retailer Summer Market on Tuesday, July 24th, 2018, at the Bellco Theater in Denver. Proceeds from the night will benefit the Land and Water Conservation Fund, America’s premier federal program that reinvests offshore energy revenue into conservation to ensure that we have access to the outdoors at the federal, state and local level. Whether it is a local community park or playground, or the vast expanses of our federal public lands, Congress created the LWCF almost a half-century ago to guarantee America’s natural, historical and outdoor recreation heritage.

Tickets are still available for purchase online and admission with an OR trade show badge is free. 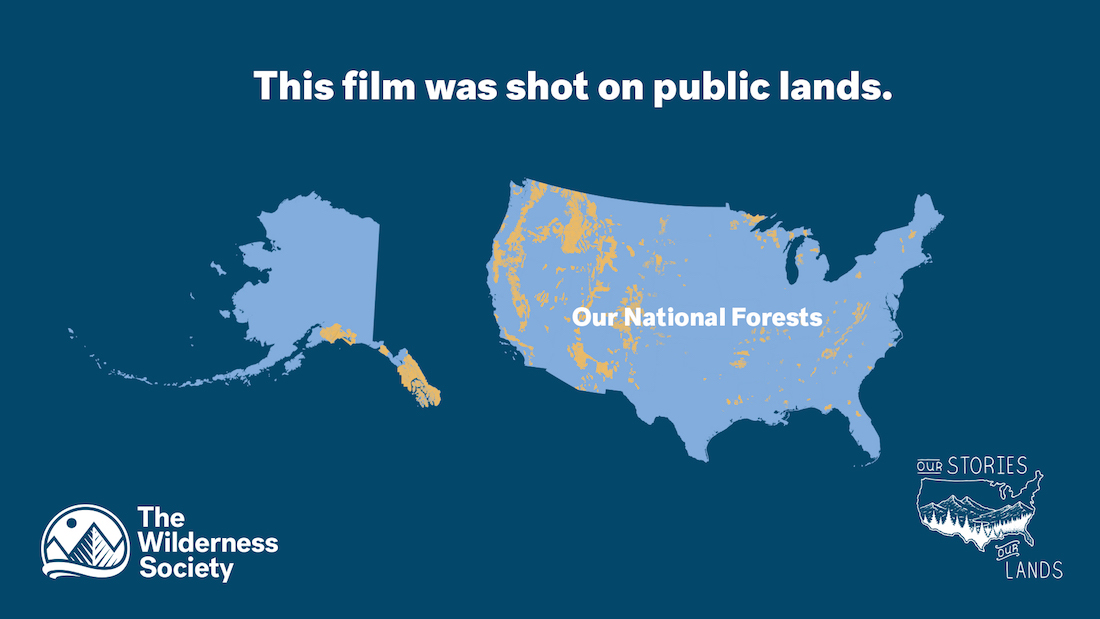 The theme “Our Stories, Our Lands,” carries through from spring, highlighting the ongoing importance of protecting and preserving public lands. Night of Stoke is open to the public and will showcase some of the outdoor industry’s most impactful adventure films programmed by 5Point, along with a lineup of industry experts and personalities, filmmakers and film subjects. 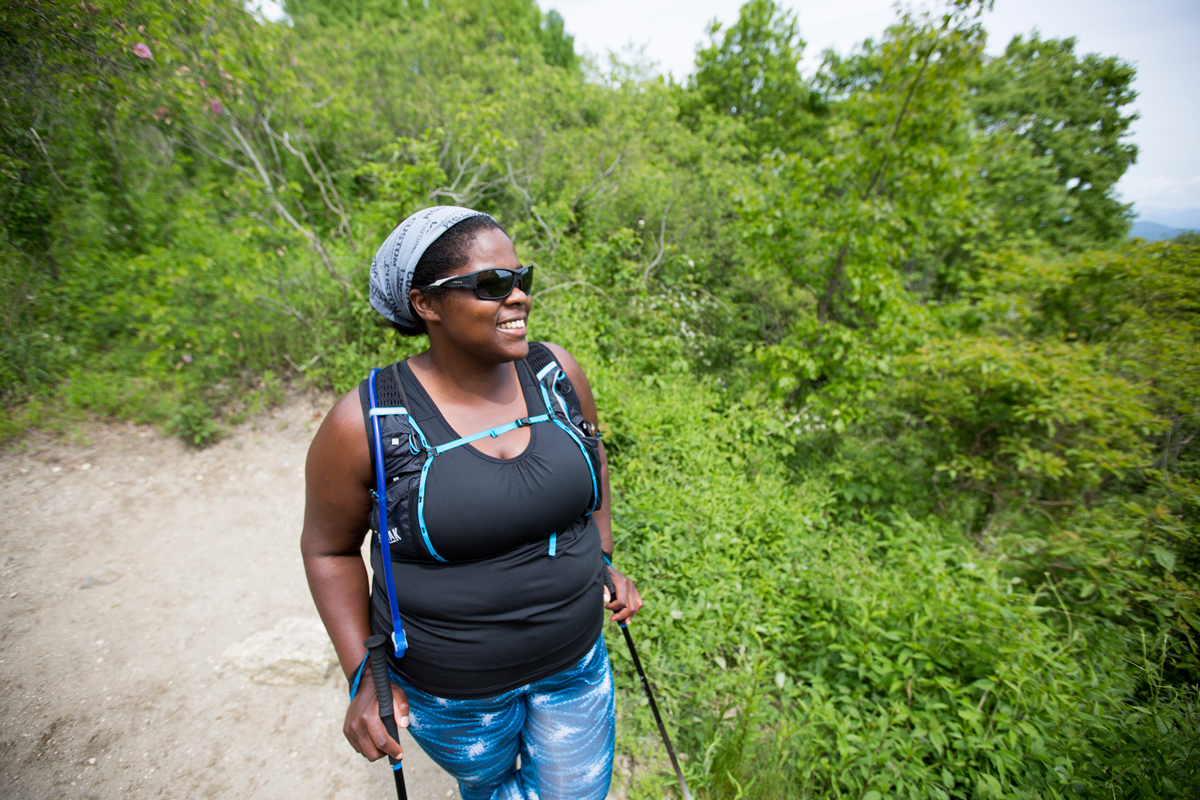 This summer’s Night of Stoke film program, hosted by Luis Benitez, director of the Outdoor Recreation Industry Office for the State of Colorado, and 5Point emcee, Paddy O’Connell, will include: “Beyond the Horizon,” “The Mirnavator,” and “The Frenchy,” along with a special film tribute to legendary environmental activist Katie Lee, who passed away in 2017. Among the filmmaker guests and industry experts scheduled to attend are: Mirna Valerio, star of the film “The Mirnavator;” Carbondale, Colo., filmmaker and photographer, Michelle Smith, alongside the subject of her film “The Frenchy,” Jacques Houot; and many other guests. 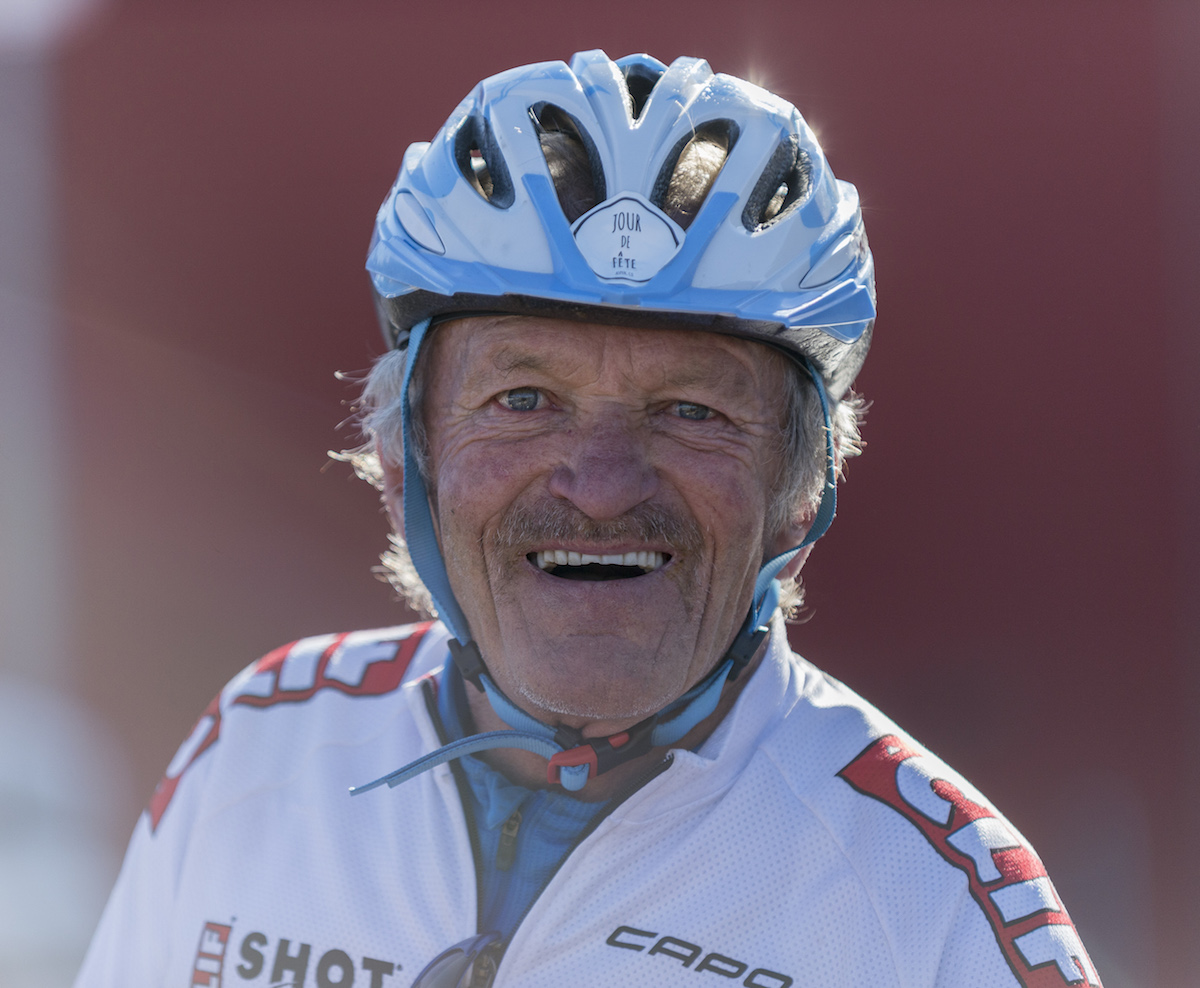 “When it came to the summer version of Night of Stoke, 5Point Film Festival needed to be our summer platform,” said Benitez. “The five pillars help us define the why.”

5Point takes the audience on a trip, challenges stereotypes, and educates, believing that these same principles also form the foundation for individuals who lead lives of adventure and connect all who share an elemental passion to explore and expand boundaries. 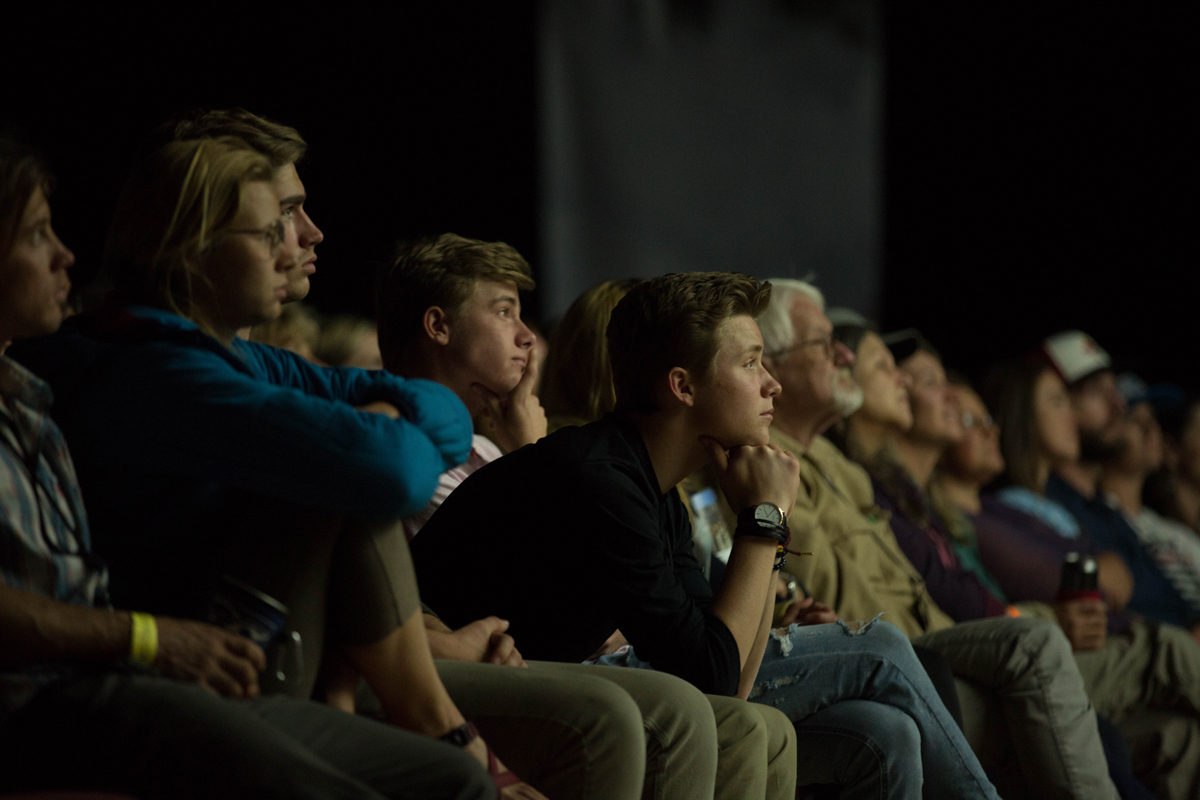 Little did Kennedy (wife of former Climbing magazine editor, Michael Kennedy) know that 11 years after founding one of the most authentic and respected outdoor film festivals in the world, that these core values would be the building blocks for a new life as her, Michael, and the entire climbing and outdoor communities grapple for understanding after losing their son Hayden Kennedy to a grief- and guilt-induced suicide last October following the avalanche incident in which his fiancé Inge Perkins was killed on Imp Peak outside of Bozeman, Montana.

When the Kennedys were finally able to get into Hayden’s computer, the first thing they found was an impassioned document the 27-year-old had been writing, speaking to, among other things, the fact that public lands had been the backbone of his extensive climbing career and what he wanted to do to help protect them.

Julie said she knew the 5Point Film Festival had culminated serendipitously to serve a purpose she could have never have imagined in her wildest dreams: to come full circle and support and inspire her in the same way it had supported a core community of climbers and film makers for more than a decade.

Public lands have been pushed to the forefront of every relevant conversation to the outdoor industry for more than a year, including the ones Hayden was having. “The whole thing happened organically. Sometimes the universe gives you what you need,” Kennedy said. “Hayden didn’t’ care much about being an ambassador…he wanted to do something bigger in terms of what he believed in. It was really obvious that we have to stand behind this, we have to rally around this and we have to go for it.”

The magic of 5Point had spoken, asking for and at the same time giving back exactly what is needed for someone at a particular time and place. Feeling nervous and anxious about even coming to the festival, as per her annual but brief appearance on stage to express her gratitude to the tight knit group of locals, adventure athletes and filmmakers filling the Carbondale Community Center auditorium, Kennedy graciously addressed the 900-plus people in the sold out theater on a Friday night in April, where attendees are usually prepped with tissues even without this level of emotion. 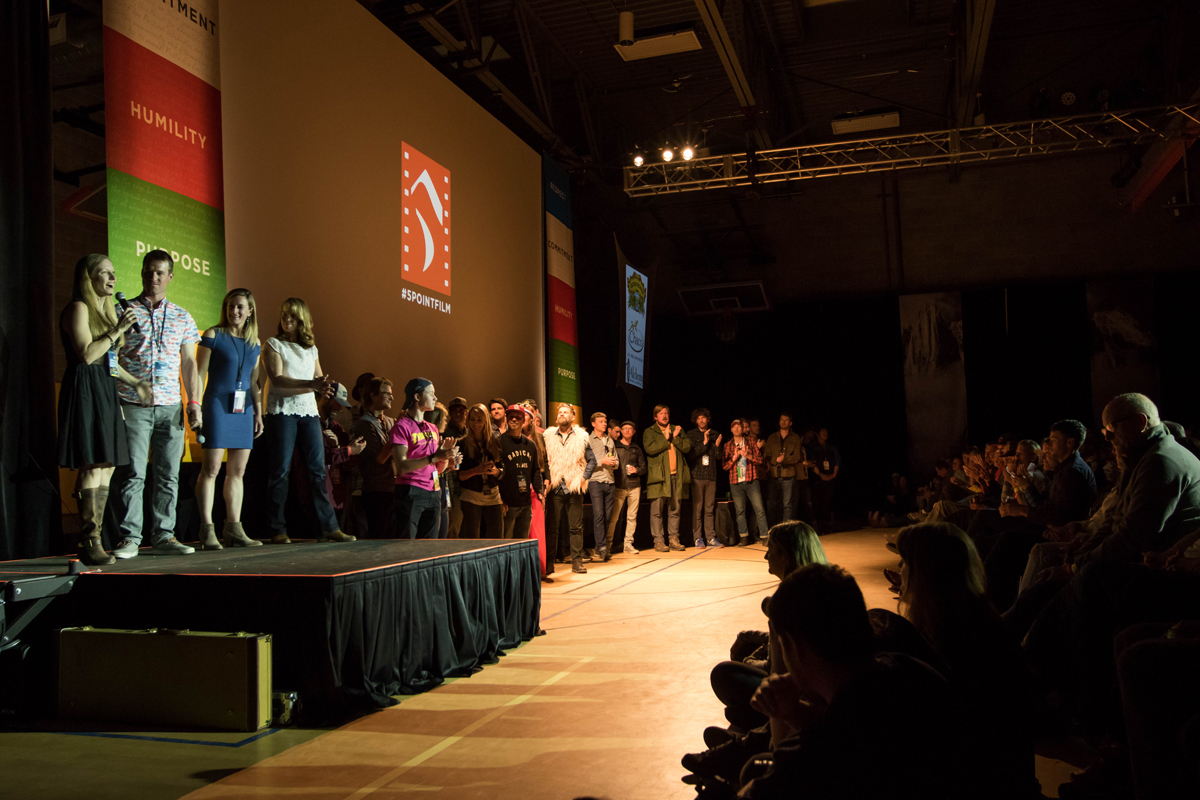 “It was like Hayden was just surrounding me the entire weekend,” Kennedy said. “I channeled him in and it was almost like I was on a cloud and Hayden was holding a light on me and all of you guys were pushing me up on this cloud; and it was like nothing I had ever experienced before.”

Kennedy said the mission for the programming just kept becoming increasingly and incredibly clear as she and Meredith McKee, 5Point Film Festival program director, were locked up in her home screening room for a month straight, and one after another films were filling her with profound messages and aha moments that were taking her breath away.

“I had to stop and pause so many films,” she said. “How would I ever imagine that 11 years ago my vision for 5point would come back and evoke and move me so profoundly at the most challenging juncture of my entire life. I could never have imagined that something so big would come back and scoop me up and put me on that cloud and give my husband and I the ability, when we are suffering so deeply, to come up to a whole different level — that we can do this. We’re going to hold their light and hold them in our light, through the films and the whole energy from the audience.”

“Hayden was in transition from a pro climber to an advocate for public lands,” said 5Point Film Festival executive director Meaghan Lynch. “So many of our films are made on public lands, and quite frankly where would our festival be without them.”

Throughout the screenings, short promotions highlight people and places playing and filming on public lands in the theme of the show, “Our Stories, Our Lands” to support existing public land projects, to educate and activate a younger generation in public land advocacy, and to support creative adventure projects that favor public land protection.

The festival trailer, which the Denver audience will likely see, was narrated by Michael Kennedy, played each night before the featured films and setting the stage for what would come in an emotional roller coaster of captivating clips of adventure story telling, edited by Aidan Haley.

The trailer reminisces a beautiful, haunting open letter Kennedy had penned in Alpinist magazine back in 2012 called “Letter to My Son” following HKs first fair-means ascent of the Southeast Ridge of Cerro Torre in Patagonia, in which they controversially removed bolts along the way. It’s a story of fatherly pride, admiration, love, concern and honest discussion between peers, and seems to echo again the 5Point values.

“5Point is different because it’s the start of the film festival circuit for the adventure/outdoor community, and it does a wonderful job catering to it’s filmmakers; but beyond that, I think the love and personal relationship with Julie Kennedy and her efforts to support us all, is something that really keeps us coming back year after year,” said filmmaker George Knowles, who was a producer on an award-winning short film this year. “There’s not a lot of other festivals that allow the community to interact and brush shoulders with the film makers and athletes like 5Point does on such a casual level.”

“We get hundreds of submissions and we are not so concerned with when the film was released, etc., what we care about most is if it is a good film and carries our values,” said Lynch. “Lastly, we hope that our films emphasize that adventure belongs to all — no matter if it’s scaling Everest or taking one extra stroll around the block.”

And while the omnipresent goose bumps that permeate festivalgoers and celebrate the five principles are just one small part of the festival, another key aspect is their motto: come together, return changed, which reinforces the ubiquitous sense of community and the firey passion the festival generates.

“I know that my light and my story is very different t now than it has been for 62 years,” said Julie Kennedy. “I didn’t want that to change at first, but 5point is what gave me the ability to keep going.”