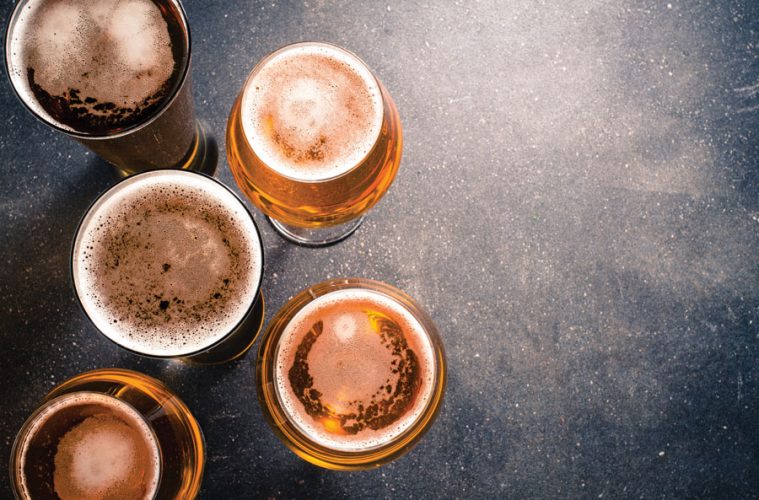 It’s National Beer Day — a day to commemorate that oh-so refreshing and delicious combination of malts, hops, yeast and water. Thousands of breweries operate in the United States today, but beer is a beverage that has been enjoyed around the world dating back to ancient times. So to celebrate the many milestones of this boozy drink, we take a look back at the history and achievements of one of the world’s oldest and most-consumed beverages.

Let’s all raise a glass and step back in time for lesson about beer.

9500 BC: The estimated first appearance of beer in history.

4: The amount of liters of beer researchers believe workers building the Great Pyramids in Egypt were served each day during construction.

1935: The year the first can of beer was released in a partnership between the American Can Company and the Gottfried Krueger Brewery.

13: The number of years Prohibition — the nationwide constitutional ban on all things booze — lasted.

1980: The year Guinness introduced a widget that enabled ntirogenated beer to be packaged.

1984: The year Congress passed the National Minimum Drinking Age Act, which required states to raise their ages for purchase and public possession to 21 by October 1986 or lose 10 percent of their federal highway funds.

2002: The year the first can of craft beer was released by Colorado-based brewery, Oskar Blues.

28: The percentage of alcohol by volume of Samuel Adam’s 2015 Utopias: a behemoth of a blended barrel-aged beer that first hit the shelves in 24-ounce bottles that sold for $200 a pop.

$252.6 billion: Estimated economic output of the entire beer industry in America in 2014.

$1 billion: The amount in dollars that alcoholic beverage conglomerate Constellation Brands paid for San Diego’s Ballast Point Brewery in 2015 in the midst of a year that included several craft brewery acquisitions by the beer industry’s “Big Beer” sector.