There are some bright lights in a planet faced with so much going wrong. In January, Tompkins Conservation donated one million acres of land, helping to preserve over 10 million acres of new national parks in cooperation with the Chilean government. Those monumental efforts can inspire us all just to get out in the natural world, share we what experience, and create new legions of environmental activists who will speak up for the shrinking planet.

By the end of our second day, we reach our high point. Our small group huddles atop a vast, shattered ridge buffeted by high winds and whipped by rain. This is normal: The weather in Patagonia is often harsh, ready to beat you down and remind you who’s really in charge.

Finally, Kris Tompkins, a.k.a. Birdy, and Rick Ridgway, a.k.a. Oldschool, decide enough is enough, especially after the clouds part and we catch a glimpse of the looming, technical peak we wanted to climb, still miles away. We sit high above tree line, plodding across a mineral-rich, life-poor pallet of yellow, orange and black via an abandoned mining road. The sadness of giving up on our objective hits us, but we also feel the joy and the success of simply being out in the elements, trying to achieve such a lofty goal.

Kris reaches into her pocket and removes a small plastic bag filled with rose flowers pulled from the garden of Parque Patagonia. We’d come to both climb the peak and also to honor the adventurous and visionary spirit of her late husband, Doug, who 11 years earlier had made its first ascent, naming the mountain Cerro Kristine. She dispenses a small handful of crumpled pink and white petals into each of our cupped hands, and we lean into the wind.

Doug Tompkins may be gone but his body of work has taken on an even greater life. On January 29, 2018, less than two weeks before our attempt to climb the peak, Kris met with then Chilean president Michelle Bachelet. She, on behalf to Tompkins Conservation, an umbrella of nonprofit organizations, signed a donation of one-million acres that together with a contribution from the government of Chile, created 10 million acres of new national parkland. This monumental act constituted one of the largest private donations of land in the history of humankind, an unparalleled step in global conservation. It also marked the completion of an aucacious dream.

Doug Tompkins first envisioned this day in 1990 when he returned to Chile following the sale of his clothing brand Esprit (he also founded The North Face). Tompkins found inspiration in his travels in his early 30s when he established the formidable California Route on the towering granite walls of Mount Fitz Roy in South America’s Patagonia, a wild and unpopulated area shared between Chile and Argentina. Fifty years ago a team of five, including Yvon Chouinard, made the third ascent of that mountain of stone and storms, at the terminus of a multi-month legendary “funhog” road trip that fused surfboards and pitons, grace and grit and embodied the ability to not only dream big but dare even bigger.

It was that same sense of faith required by mountaineers and big wall climbers to launch into the unknown that powered Doug and Kris’ belief that they could plant a seed of conservation that decades later would produce such successful and inspirational fruit. And like those who strive to repeat an established route up a mountain, there are those who are galvanized to apply their time, talent and treasure to continue the labor and further sow the vision of preserving wild lands and wildlife. Doug and Kris Tompkins became the most audacious and successful team, tethered by a love of wilderness that was only bested by their love for each other.

The mission of the Tompkins Conservation is my personal mission. I have always wondered about the power of a wilderness experience, how it can create a lifelong fascination and, even more important, protection of wild places. And I believe that by introducing of a person to the outdoors you can foster within them both an appreciation of nature and the preservation of it. And even though for most of us the goal of creating new national parks may too high a mark, the important thing is to be inspired to generate your own sense of care for the environment, perhaps via the myriad choices of your consumption based on convenience versus conservation. I personally may never own even an acre of land to cede to to a future park, but what I can do is emulate the values and ideals of those I respect. Fortunately, I not only get to look up to these people, I also climb up mountains with them.

I endeavor to surround myself with people who are smarter, stronger and more effective than me. Through their mentorship and example, I can better navigate the path through adversity en route to prosperity. For me, Rick Ridgway—the pioneering climber, conservationist and dear friend of Kris and Doug Tompkins—is a north star. He points the way to an adventurous life done exceptionally well but more importantly he’s a stalwart protector and promoter, speaking and acting on behalf of the environment. 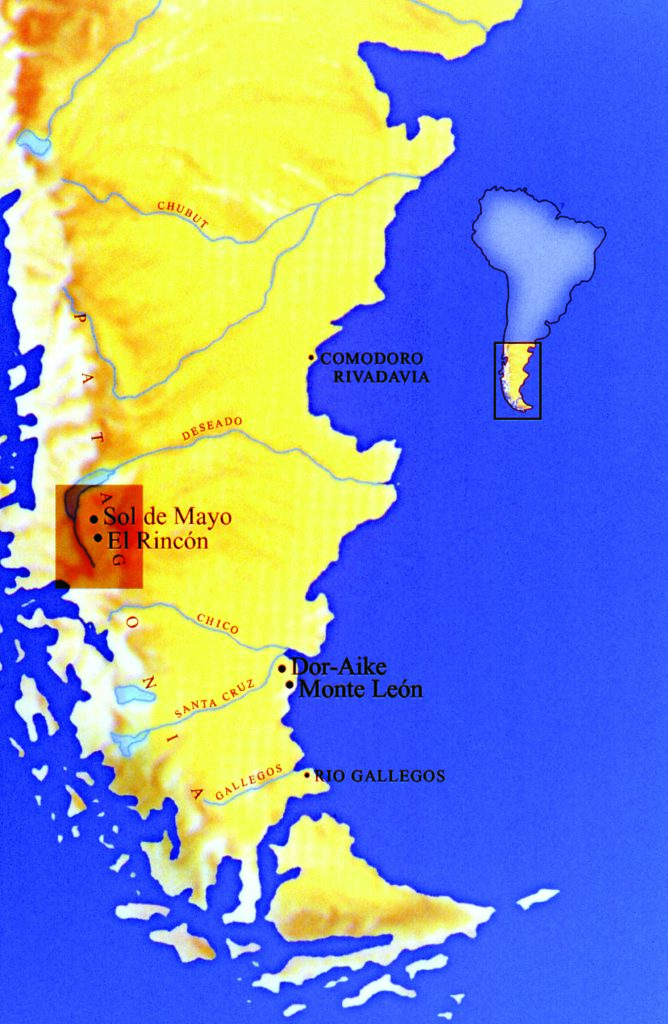 I began as one of seven kids roaming the wild, ruined fringes of urban Philadelphia, I eventually grew into a solitary force of positive change, both through my work with disabled sports and curing preventable blindness as well as my attempts to live by setting the right example. Likewise, both Kris and Doug got their start close to their respective homes. With a neighbor, Doug first visited the Shawangunks climbing area in New York at age 11 and Kris grew up on her great-grandfather’s ranch. What began with childhood walks in the woods for them eventually blossomed into an organization that preserves and provides access to intact ecosystems. Doug was a subscriber to the tenets of deep-ecology, perhaps best described by the early eco-defender Aldo Leopold via this offering from his seminal A Sand County Almanac: “A thing is right when it tends to preserve the integrity, stability, and beauty of the biotic community. It is wrong when it tends otherwise.”

Over the past 30 years of my life on the sides of mountains and rivers, I have lived and learned the advice that I share with my collaborators and clients. Near the top of that list is the mandate to get outside in the natural world. When my brother Sean was paralyzed from the waist down decades ago, he did not remain in the darkness of defeat but became a climber and together we rose up into the light, scaling El Capitan several times. The incredible work of Dr. Geoff Tabin and Cureblindness.org, with whom I work, was born in large part from the challenge of his climbing expeditions and love of solving profound, complex cruxes.

I have been co-leading walks in the woods for several years, interacting with small groups who unplug from their phones and jobs for three days. The conversations range from changing lifestyles to achieving life goals but they always return to the most impactful realization, that of the peace, quiet and healing of being outside in the wilderness. We depart the woods in a better frame of mind and body than when we entered. I know that when I am introducing people to hikes in the woods and climbs on the cliffs, I am potentially creating a lifelong advocate for the preservation and celebration of wilderness and wildness. And there is a greater likelihood of that person not only coming back to enjoy these collective treasures but also that they may also bring new participants into the vital and beautiful exploration of mother nature.

What Doug and Kris and Tompkins Conservation have done goes beyond raising the bar of what a small group of dedicated eco-warriors can accomplish. They strengthened the certainty of the inspirational and curative powers of wilderness immersion. The best way to honor someone’s life work is to incorporate it into your everyday life, so I return to these playgrounds, preserves and parks in order to recognize their purpose and the people who made it all happen.

Our ridge view, to the northwest, is of an expanse of glaciated peaks that leads to the edge of Lago General Carrera, the lake where Doug died of hypothermia in December 2015 after capsizing in a prolonged storm while paddling with a group of friends. He is buried in Parque Patagonia as a further demonstration of his commitment to the land and people of Chile.

I feel fortunate to be here with such formidable change agents. I work hard both to receive the invitation and even harder when involved to make sure I’m invited back here, and if our collective sum equals something greater than the individual parts, then what remains after we disband is the substance of meaning that truly defines my personal success. 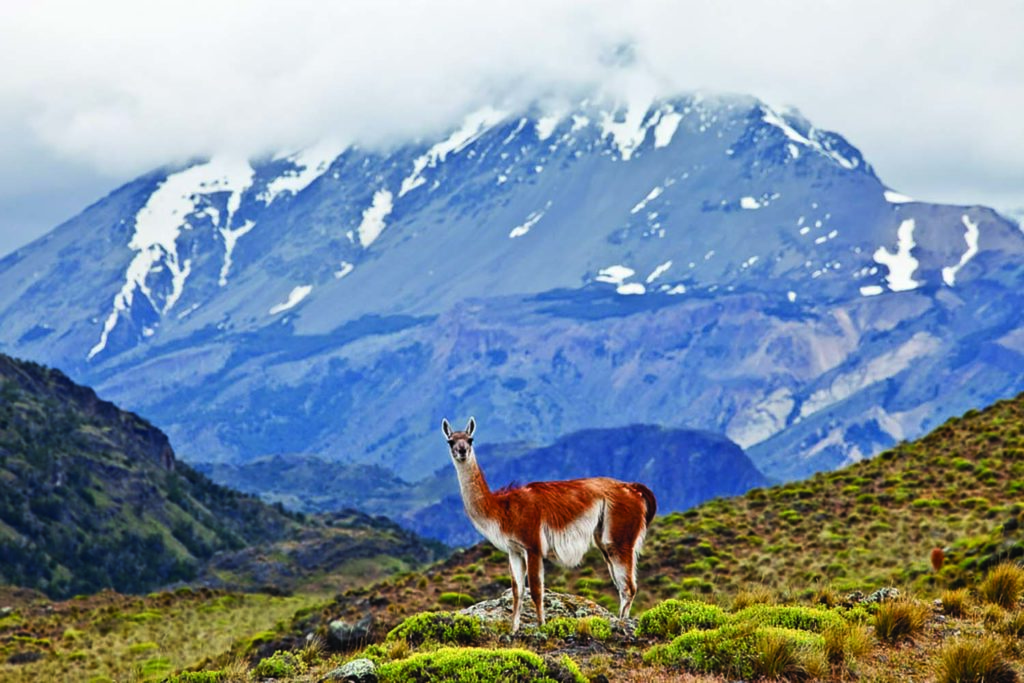 Our group pushes in a little tighter as the powerful Patagonia gales whip up with the sudden strength of sticking your head out of a speeding car—and then they just as quickly vanish, like pulling back inside. Rick and Kris each say a couple of words and we embrace in a group hug. We shout hello and send our words of love aloft, and as we open our hands the wind lifts the rose petals high into the sky, spreading them out towards the perimeters of Doug’s vision, scattering them to the edges and beyond of this, his wonderful garden.