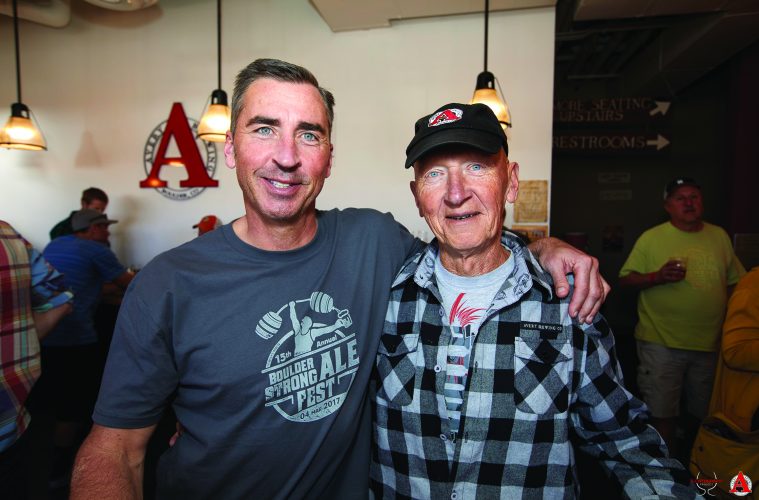 Most people know Adam Avery as the man who brews great beer at Avery Brewing Company, and rightfully so. But, even more impressive is his consistent commitment to giving back to the community that has supported his brewery the last 24 years. His guiding principle since day one has been to seek out and support worthwhile causes. You have heard of cause marketing? Call this cause … drinking.

In 2017, Avery Brewing will donate all of the proceeds from its three largest beer festivals: Strong Ale Fest to G.O.A.L.S., Sour Fest to Attention Homes, and its Anniversary Party to American Rivers, respectively, while also simultaneously raising funds for numerous local nonprofits the best way possible–by donating beer for them to use to make cash in any way they see fit. And if that’s not enough, they also sponsor five specific tap line donations during the year, with proceeds from sales boosting a designated charity. This year, they’re donating to Project Healing Waters, Pink Boots Society, Community Cycles, Colorado Greyhounds Association, and Drink for Pink. They’ll bring on new nonprofits in 2018.

When asked why he gives so much back to the community, Avery simply replies, “It’s the right thing to do.”

Do you feel you have a worthy cause? Avery Brewing Company will be accepting applications for nonprofits to work with next year all of October. Contact them at cheers@averybrewing.com for more information and to learn how to apply.