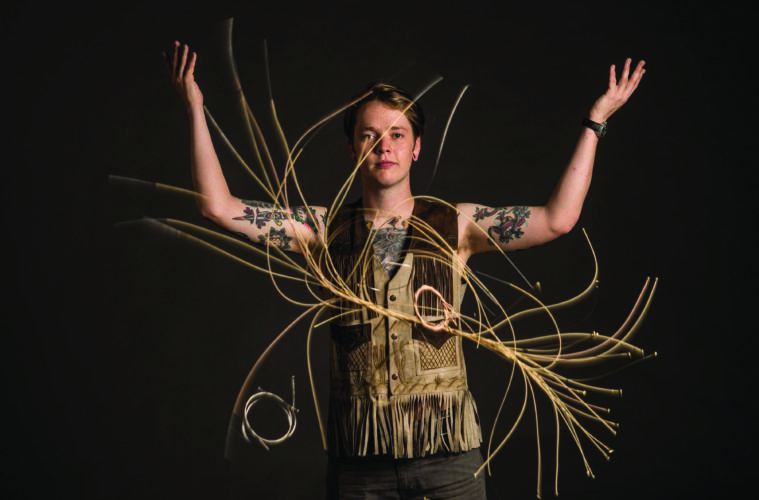 Hear This: The Best Festival Finds

With so much music packed into our annual festival guide, it’s hard to sort out all the options. A sure bet. Don’t miss these five sizzling acts performing at Rocky Mountain Festivals this summer.

THE BUZZ: Telluride Bluegrass is where it all started for folk supergroup I’m With Her. Back in 2014, members of the Punch Brothers needed an opening act for a late-night gig at the festival, so they asked Aoife O’Donovan, formerly of Crooked Still, to put something special together. She enlisted Sara Watkins of Nickel Creek and Grammy-winner Sarah Jarosz. After just a few hours of rehearsal, the impromptu trio was born. The musicians found immediate chemistry—no surprise for acoustic music fans who know them—and vowed to play together more often when schedules allowed.

Sporadic gigs followed, but, this year, members are giving I’m With Her full attention. In February, the group released a debut full-length album, “See You Around,” which was co-produced by the trio and Ethan Johns (who has also worked with Paul McCartney and Ryan Adams). Mixing emotive three-part harmonies and sophisticated string arrangements, the record is a potent acoustic statement that highlights the power of three beautiful voices coming together. A busy summer on the road will bring the group full circle for a repeat showcase at Town Park in 2018.
Appearing at: Telluride Bluegrass Festival and Grand Targhee Bluegrass Festival

THE BUZZ: Everyone needs a blast of New Orleans brass from time to time to stomp the blues away, and this eight-piece ensemble delivers the goods. The Soul Rebels are well versed in traditional Crescent City sounds, but the group also uses powerful horn lines to deliver brass-band-style covers of beloved pop, rock and hip-hop songs. At The Soul Rebels’ energetic live shows, crowds can be dancing to a funky second-line groove one minute, then singing along to Daft Punk’s “Get Lucky” or the Eurythmics’ “Sweet Dreams” the next. The big band’s ability to incorporate a wide breadth of musical styles has led to collaborations with a diverse range of artists—from Nas and Macklemore & Ryan Lewis to Pretty Lights and Marilyn Manson. When home, The Soul Rebels play a weekly residency at NOLA’s Le Bon Temps Roule, but they’ve been branching out to win over audiences at festivals around the world. No matter the stage, the band always throws a huge party.
Appearing at: Grandoozy Music Festival

THE BUZZ: If you’re digging the recent work of outlaw revivalists Chris Stapleton and Sturgill Simpson, give a listen to fellow Kentuckian Tyler Childers. Like his predecessors, Childers has a knack for delivering compelling tales about the hard-luck realities of rural life in the South. The gritty tunesmith worked the regional bar scene for years, and, after a gig in Nashville, he met Simpson, who agreed to produce Childers’ debut album, “Purgatory.” The record, released last fall, showcases Childers’ keen observations and vivid story songs about small-town culture and the seedy side of Appalachia, delivered through old-school country, ragged backroads rock, and shades of bluegrass. Since his album’s release, Childers’ popularity is on the rise. In addition to opening for John Prine and Margo Price, he’s been selling out increasingly larger venues on his own.

THE BUZZ: Bluegrass wunderkind Billy Strings (born William Apostol) is a flat-picking guitar ace who blends precise chops with fast and furious energy. The fresh-faced string slinger is in his mid-20s but he’s already landed slots at high-profile festivals and shared the stage with genre masters, including David Grisman and Bryan Sutton, who joins Strings for a guitar duet on his debut album, “Turmoil & Tinfoil.” Strings’ dad—an amateur bluegrass picker who taught his son traditional songs early in life before the youngster rebelled and joined a metal band in his teenage years—also appears on the LP. An excitingly tense mixture of those influences runs through the record as Strings and his tight band charge forward with nimble-fingered fret acrobatics. Fans of jamgrass acts like Greensky Bluegrass and the Infamous Stringdusters will appreciate “Meet Me at the Creek,” an epic 10-minute shredder that takes acoustic music into the psychedelic wilderness.

THE BUZZ: Nashville-based Mary Gauthier is a well-established singer-songwriter whose tunes are beloved (and recorded) by Tim McGraw, Jimmy Buffett and Blake Shelton. She also claims a lengthy catalog of her own albums, dating back to the late ’90s, which contain deeply confessional songs tackling her struggles with relationships and addiction. On her latest record, though, she decided to highlight the trials of others, collaborating with wounded combat veterans to tell their stories in song. “Riffles & Rosary Beads,” released back in January, features 11 unflinching folk tracks, each co-written by Gauthier and a different veteran. SongwritingWith: Soldiers, a nonprofit that pairs members of the military with professional songwriters to craft songs and ultimately help them cope with the aftermath of combat, coordinated the project. With a rich voice (think Lucinda Williams) and poignant turns of phrase, Gauthier documents accounts of real hardships—from a mother forced to leave her baby for combat in Afghanistan (“Brothers”) to a vet having trouble finding purpose back home after active duty (“Soldiering On”).

Jedd Ferris is the Senior Editor of EO’s sister publication, Blue Ridge Outdoors. He also works as a freelancer and covers music for the Washington Post. He’s looking forward to getting nostalgic at a Weezer and Pixies double-bill show this summer.