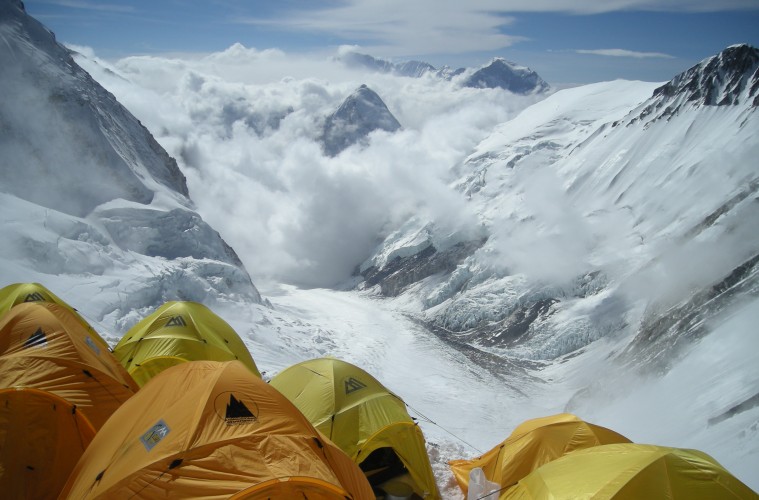 It’s been three months since an eight-magnitude earthquake in Nepal killed more than 9,000 people and injured over 23,000. The earthquake destroyed numerous villages, and left hundreds of thousands of Nepalese people homeless throughout the country.

Vail Valley resident, Ellen Miller, considers Nepal a “second home,” as she has spent a large amount of time there as an accomplished mountaineer. Miller is the first and only American woman to summit Mount Everest from both Nepal and Tibet, and the first American woman to hike the “Everest Trilogy” — mountains Everest, Lhotse and Nuptse. To support the country where she has completed her biggest climbs, Miller is partnering with Lululemon Athletica for Elevate Nepal, a summer-long hiking and donation event in Colorado to raise relief money.

On Tuesday, August 11, Miller participated in a group hike up Quandary Peak with the intention of raising awareness for the event. Anyone can participate in the Quandary hike, or another climb or hike this summer in honor of Elevate Nepal, and those who do are asked to hashtag their efforts on social media with #elevatenepal. One hundred percent of all donations will go directly to Mercy Corps’ relief efforts on the ground in Nepal, and Lululemon Athletica will match the first $50,000 of donations.

“The best way to get involved is to dedicate any hike this summer to Elevate Nepal,” said Shenna Richardson, Vail Village store manager for Lululemon Athletica. “The relief efforts in Nepal are long-lasting, and your dollars will go a long way in the rebuilding of that community.”

Aid efforts were abundant initially following the devastation, but the event is meant to keep sending help to the country.

“Right after the earthquake, there were a lot of fundraisers and a lot of awareness and efforts to help, but now I feel like it’s being forgotten about, honestly, and the need is still very serious,” Miller said. “There are a lot of challenges to face in rebuilding, and the need is very long term, so I feel like the timing is perfect to have a fundraising event — to let the people there know that we still care.”

Miller said if people can’t join the group hike on August 11, she encourages them to climb a mountain this summer and to dedicate that effort to the people of Nepal.

“I certainly encourage people to make a donation,” she said. “The huge magic with this event is that Lululemon Athletica is going to match our donations dollar for dollar, and that is just an amazing offer. So if someone is able to give five dollars, they can feel good knowing that they are actually giving ten dollars.”

To make a donation to Elevate Nepal this summer, visit the online page HERE. Mountaineer Ellen Miller climbing in the Everest region of Nepal.