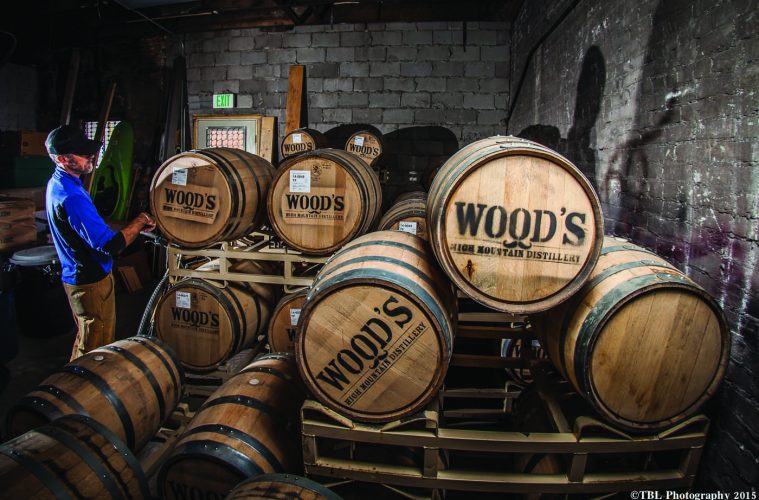 Few brewers typify the success of Colorado craft breers better than Upslope Brewing Company. It’s gained a well-earned reputation as the perfect partner to bring along on outdoor adventures. Since the brewery’s founding a little more than eight years ago (the same year as Elevation Outdoors), getting outside and enjoying their backyard has been ingrained in the company culture. Hence their motto—Après Everything, the beer that is the perfect cap to any adventure. With a long list of killer brews in cans, it’s tough to narrow your choice down to just one to toss in the cooler before you head out, so let us help you decide.

Upslope’s newest addition to its year-round lineup is their Citra Pale Ale, a balanced but juicy go-to pale ale with tropical fruit aromas that grabs your attention the moment you crack a can. Aromatic, flavorful and very drinkable, it’s the ideal beer to unwind with after a day on the trail, in the yard or everywhere in between. Creativity has also become a staple of Colorado brewers. Known as one of the state’s, and the nation’s, most innovative breweries, the Crooked Stave Artisan Beer Project has consistently pushed the known boundaries of beer with off-the-wall creations. Offering up flavors that are unfiltered, and naturally wild, their wild-yeast beers are one-of-a-kind. They have also been quite hard to find: It required a trip to the tasting room in Denver to get the chance to sip one. There’s good news this summer for all Centennial State sippers, however; Crooked Stave just released its first canned beers! Now you can grab St. Bretta, a citrus Saison, HopSavant, a Brettanomyces IPA and Colorado WildSage, a beautiful Brett Saison, and bring them along on your next outing. If you are looking for more madness make sure you head to the tasting room located at 3350 Brighton Blvd in Denver where 22 taps are always pouring liquid gold.

Of course, a great brewery can be about more than drinking. Boulder’s Fate Brewing Company not only produces award-winning beer, but they also have some of the best grub of any brewery in the state. It makes sense since from the day they opened their doors they have sought to bring people together with the promise of combining a good meal and unforgettable beer, to create real connections. FATE is making a big splash in the scene—in fact so much so that they are expanding into neighboring Lafayette with the summer opening of a new restaurant at 400 W. South Boulder Road. It will feature 30 tap lines—just like the Boulder brewpub—pouring a vast array of FATE’s tasty beers as well as guest drafts from the world’s best brewers that you can sip on their expansive patios. If you can’t make it to the taproom be on the lookout for Uror, a Gose-style sour German wheat ale that is the ideal cure for the hot summer sun and also available in six-packs of cans across the state.

Colorado’s repuatation as beer central is well deserved. There’s a long tradition here. So why not make sure that your cooler is stocked only with the finest beers available from a Colorado legend, Great Divide Brewing Company. Since its founding over twenty years ago the brewery has been creating a bold, balanced range of beers that go down well in hot weather, and luckily they are now available in cans across the state.

Here’s what to toss in the ice. The Colette Farmhouse Ale is full flavored saison that’s perfect for cooling you down after a day spent hiking the trails crisscrossing our fine state. Samurai Rice Ale is a unfiltered ale that is both refreshing and easy sipping, perfect for readjusting your Zen around the campfire with your best friends. If you like a bit more spice, then make sure you grab a few Titan IPA’s for a full flavored ale that will rejuvenate you after a day pounding the singletrack. New this summer Roadie Grapefruit Radler, brewed with natural grapefruit puree is refreshing and slightly tart with just a touch of bitterness. Lastly for the second year in a row, the signature Denver Pale Ale—one of the finest American pale ales on the market anywhere—will be sporting custom artwork from a local Colorado artist—you can feel refined while sipping one by the creek. Moving on to distilleries, what do you get when two slightly off-center brothers decide to start making their own hooch in one of the funkiest towns in Colorado? Pure magic in a bottle that’s best served with a smile, and some good friends nearby to help you enjoy it. At least that’s what PT and Lee Wood, the founders of Wood’s High Mountain Distillery located in the heart of downtown Salida want. When they began distilling their small-batch handcrafted spirits five-years ago they had one goal in mind: to bottle their passion for outdoor adventure for all to share. It’s safe to say they have succeeded. When they open the garage door right next to the counter in their tasting room you are surrounded by the outdoors. Toss an update to Wood’s already impressive list of homemade cocktails into the mix, and you have the recipe for a perfect afternoon. This summer, the brothers are adding in a build-your-own gin and tonic menu to really help you decompress after a big ride or a paddle trip.

If you can’t make it up to the tasting room this summer—or if you want to bring a bit of that feeling home with you—be on the lookout for Blue Yonder Gin, Wood’s newest offering, which will be hitting the market this summer. It’s a full flavored floral masterpiece that’s tinted blue due to the addition of fresh flowers during the distilling process.

If whiskey is more to your liking, Wood’s also will be putting out a limited release of their Alpine Rye, which has been aged two-years and has a slightly smoky flavor that balances nicely with the sweetness of its barley malts.

Don’t forget cider. The fermented apple beverage keeps getting more popular and Denver’s Colorado Cider Company is leading the charge when it comes to crafting creative apple-based offerings. This year, the cidery is offering some of its best in cans for the first time. Look for 12-ounce four packs of Glider Cider®, Dry, Grasshop-ah and Cherry. This will make them just as easy to haul along on outdoor adventures as many canned craft beers, and it makes for a more eco-conscious product, always a big hit in environmentally forward Colorado.

For a lower ABV option available in cans, pick up a 12-ounce six pack of Radl’ah Session Cider. There will still be bottles, including Pearsnickety®, Ol’ Stumpy® and Pome Mel.

Get excited about the end of summer, too. The crafters here once again have a unique orchard cider planned for the fall harvest. •