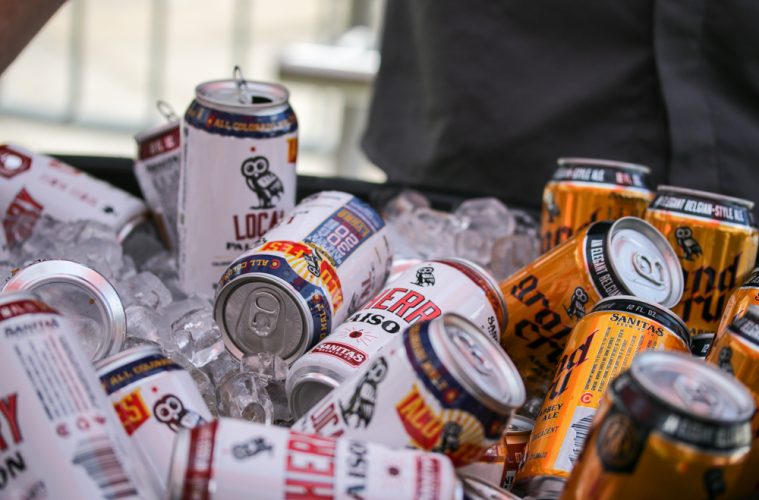 Not only is City Star Brewing’s annual Hops and Harley festival a free event, but dogs are welcome (on leash) and 100 percent of proceeds will benefit the Colorado-based organization, Harley’s Dream—a non-profit that creates awareness and educates the public about puppy mills. The event will take place at Fickle Park in downtown Berthoud from 11 am to 6 pm on Saturday, June 24, and is set to include craft beer, live music, food trucks, dog-friendly vendors, kids activities, and more. citystarbrewing.com/hops-and-harley

The brewery that started it all in Colorado is turning the big 3-8 and celebrating in style with a big ol’ anniversary bash at their recently-renovated brewpub. The party will run from noon to 8 pm on Saturday, June 24, and feature a rare beer garden serving experimental brews, live music all day, a tie-dye t-shirt station, and beer and cheese pairings from Murray’s Cheese. Entry to the celebration is free. boulderbeer.com

The Carbon Valley Wine Fest returns to the Wild Cider Orchard from 1 pm to 7 pm on Saturday, June 24. The festival is partnering with the Wild Animal Sanctuary Beer Garden to bring festival-goers tastings from 22 cideries, meaderies and wineries along with 12 local breweries. General admission pricing ranges from $22.50 to $30 (includes admission to the festival and unlimited tastings) with VIP pricing (includes admission to the festival, unlimited tastings, a catered buffet and access to a VIP tent) starting at $41.25 per person. carbonvalleywinefestival.com

Stills in the Hills

Central City is shutting down Main Street to host the 5th Annual Stills in the Hills festival. Over 100 spirits from local distilleries are being served up at this boozy event, which will take place from 1 pm to 6 pm on Saturday, June 24. Tickets are $35 per person for General Admission ($45 each on the day-of), and $60 per person for VIP, which includes early admission, appetizers and access to a private VIP tent. stillsinthehills.com

Stranahan’s Distillery is celebrating American Single Malt Whiskey on Saturday, June 24, by revealing some of the Denver-based distillery’s rarest barrels, all hand-selected by Master Distiller, Rob Dietrich. Whiskey aficionados will enjoy tasters from six different aged casks along with a pig roast, live music, and more. Tickets are limited for this event and are $65 per person. stranahans.com

Combining beer, bacon and bluegrass is basically a recipe for a great weekend, which is why you won’t want to miss Black Shirt Brewing Company’s celebration of all three on Saturday, June 24. This free event will feature live tunes from Old Fuss and Feathers on the stage in the brewery’s outdoor beer garden starting at 2 pm, plus Tender Belly will be on hand with delicious pork samples, and, of course, the beer will be flowing. blackshirtbrewingco.com

Oskar Blues Brewery is celebrating 15 years of the original craft beer in a can, Dale’s Pale Ale, with a shiny new limited release 16 ounce can featuring custom artwork by avant-garde illustrator, McBess. The brewery is set to release the new design and celebrate the hopped up pale ale with a release party at Stoney’s Bar & Grill in Denver on Thursday, June 29 from 6 pm to 10 pm. dalespaleale.com

Wyoming Whiskey just released one heck of a small batch bourbon that you’ll want to get your hands on before it runs out. The Eclipse Edition Small Batch Bourbon is available exclusively in Wyoming and celebrates the solar eclipse that will take place across the country in late August. This limited edition spirit boasts a medium body with a beautiful blend of vanilla, caramel, charred oak and citrus notes. Pick up a bottle for $45 at select Wyoming retail locations. wyomingwhiskey.com

A favorite among members of the Colorado craft beer industry, the Colorado Brewers Rendezvous beer festival is back, and tickets are on sale now. This one-day (July 8) brew fest will take place in Riverside Park in downtown Salida, and will include beer tastings from more than 75 craft breweries from the state of Colorado. Expect breweries to break at their best at this dual beer fest which also serves as a fundraiser for the Colorado Brewers Guild. Tickets are on sale now and start at $40 per person. coloradobeer.org

Tacos and beer are like peanut butter and jelly, and Boulder-based Sanitas Brewing Company is putting them both together and throwing in Lucha Libre Wrestling, pinatas, and a slew of other fun activities on August 5. Over 20 exclusive beers will be served up along with more than 30 gourmet tacos. General Admission is $12 per person and VIP tickets are $45 person. sanitasbrewing.com