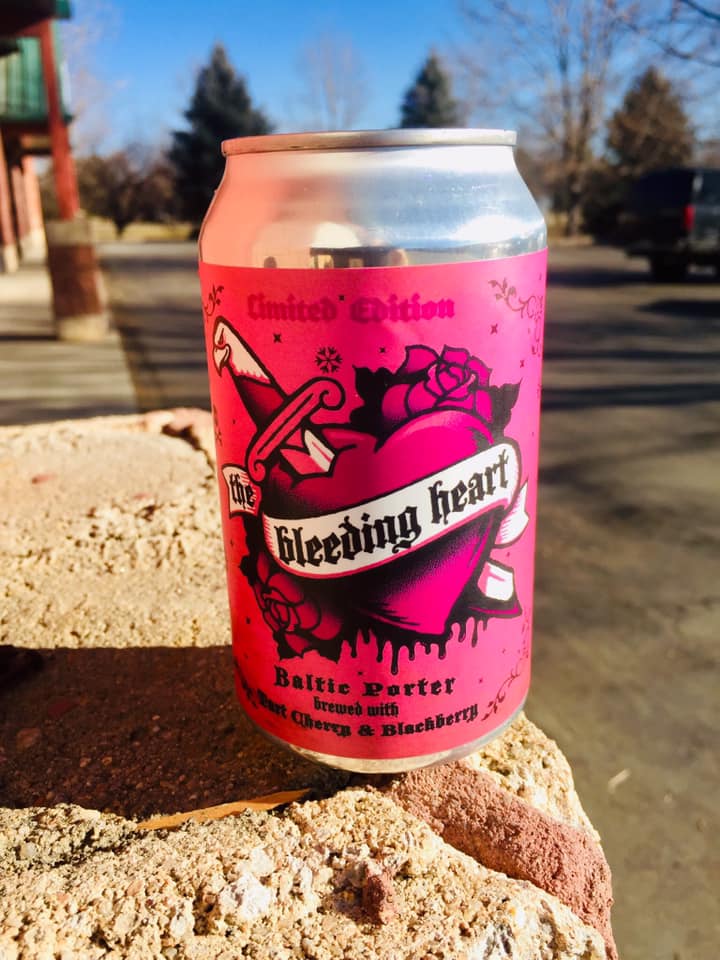 Booze News: Drink Your Way Through Colorado’s City of Love

Is there a better place to spend Valentine’s Day than in a city that actually has “love” in its name? We don’t think so. Not only is Loveland the epicenter of romance in Colorado, it’s also an excellent place to take your sweetheart if he or she is a fan of craft beer. Colorado’s city of love is home to more than 10 breweries, some of which are creating some serious buzz in the state’s sudsy brewing scene. Loveland is even home to Root Shoot Malting — a family-owned farm and malt house supplying breweries in the area with ingredients that are about as local as it gets. And like most charming small cities along the Centennial State’s Front Range, Loveland has a historic, super charming downtown area that is home to a handful of breweries and delicious dining establishments. So load up your Valentine in the car and head north to raise a pint or two with your sweetheart at one of these Loveland-based breweries.

You may have heard of Grimm Brothers fairytale-like rise in the local brewing industry. The oldest brewery is Loveland boasts 10 Great American beer Festival medals and a lot of praise from industry peers. The brewery’s spacious taproom is serving up housemade German-inspired beers on 12 different taps, and if you visit around Valentine’s Day, you can enjoy a pint of the limited-release Bleeding Heart Baltic Porter brewed with black cherry and blackberry. 623 N. Denver Ave.; grimmbrosbrewhouse.com

In German, “verboten” means forbidden, and in brewing the term relates to forbidden ingredients not to be used according to the German Purity Law for beer. Verboten Brewing & Barrel Project specializes in incorporating those forbidden ingredients, like fruits and spices, into interesting, flavorful beers. The brewery operates a welcoming taproom in the heart of Loveland’s historic downtown area and will be releasing a salty and sour (and pink!) rosé version of Roll in Ze Hay Gose on February 8, just in time for Valentine’s Day. 127 E 5th St.; verbotenbrewing.com

Just down the street from Verboten is Loveland Aleworks, a popular brewery concocting small batch ales inspired by traditional European and American craft beer styles. From IPAs, to stouts, to sours to milkshake IPAs, Loveland Aleworks has a little something for everyone, including bottles of some of popular sour styles to take home with you. Visit this downtown brewery from 5 p.m. to midnight on February 8 through 9 to check out the Loveland Love + Light event that features more than 12 contemporary art installations displayed on the inside and outside of the brewery. The brewery is also set to release a full-bodied, roasty Oatmeal Chocolate Stout on February 8. 118 W. 4th St. lovelandaleworks.com

Much like Loveland Aleworks, Crow Hop has a little something for everyone and it’s all being served up in a super cozy, large taproom in downtown Loveland. Visit the taproom on Valentine’s Day and you and your Valentine can enjoy a beer and chocolate pairing featuring five different beers like the Knee Knocker Porter and a Cranberry Milkshake IPA, paired with five tasty treats like chocolate covered pecan bars and chocolate covered strawberries. Tickets are on sale for $30 and should be purchased in advance to make sure there’s a spot reserved for you and your sweetheart. 214 E. 4th St.; crowhopbrewing.com