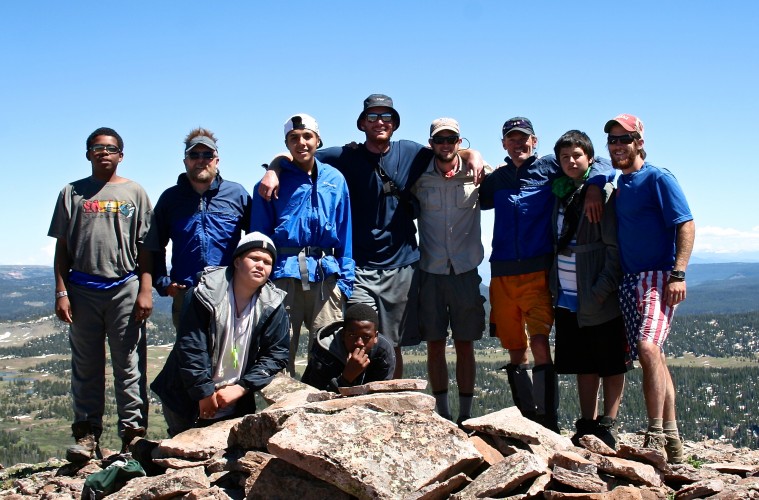 BCM has been introducing under-resourced youth to the great outdoors for a quarter century.

There’s no denying that spending time breathing in fresh mountain air and exploring the great outdoors is good for the soul. In 1990, Jim Kearns, founder of Big City Mountaineers, was on a quest to share some quality outdoor time with his son Drew when something happened that would change the course of his life and career forever. A resident of Miami at the time, Kearns was browsing through the Miami Herald when he came across a travel deal that he couldn’t pass up. Buy one adult plane ticket and receive a child’s ticket for one dollar. Along with his son, Kearns also enlisted a friend for the trip to Missoula, Montana, but another adult on the trip meant that he still needed to find one more child to take advantage of the $1 deal. And then it hit him. Kearns made contact with a local teen shelter, inquired about any deserving teenage boys that might benefit from some fresh mountain air and paid airfare, and thus Big City Mountaineers was born.

“That experience really sparked the idea to do these sorts of trips more often and in more places,” said Bryan Martin, executive director for the organization.

In the years that followed their inception, Big City Mountaineers would run one to three trips per summer. Today, the Colorado-based organization runs 40 trips per summer and serves around 1000 under-served youth each year—operating expeditions in Colorado, California, Oregon, Washington, Minnesota, and the Miami area. BCM works closely with youth organizations in the urban cities in each of those states, seeking “under-resourced” and deserving kids ages 13-18 from programs like Big Brothers Big Sisters and The Boys and Girls Club to take advantage of a funded wilderness trip away from the urban cities they call home.

“We really want to make sure we’re serving a certain demographic of kids,” said Martin. “Most of the youth that come through our programs haven’t slept in a tent before, and it’s challenging for them. There are definitely times during the expeditions where kids break down. They’re being challenged physically, mentally, emotionally. They hit that adversity and find their ability to overcome it, and that breakthrough helps them to breakthrough challenges back home.”

Each week-long backpacking expedition includes five kids and five adult mentors, providing a 1-to-1 ratio that’s very important to the success of the program, according to Martin. Big City Mountaineers also administers follow-ups with BCM participants to get feedback on the trips and verify the effectiveness of their services. Many participants return for alumni trips, and some return to the program as volunteer mentors.

While this year has been a reflection on the past 25 years of operation for the organization, that hasn’t halted their big plans for the future. In addition to week-long backpacking trips, Big City Mountaineers also has plans to incorporate more overnight camps for kids 8-12 years old, focusing on environmental education and providing a safe experience in nature. The organization also plans to boost their Summit for Someone program, which is a fundraising initiative launched in 2004, allowing individuals from all over the world to commit to summiting a mountain of choice, pledging to raise funds for BCF along the way. And perhaps the biggest goal in sight in the next few years for the organization is to expand expeditions to include the Northeastern U.S.

“We really want to make nature accessible,” said Martin. “Over the past quarter century, Big City Mountaineers has taken over 7,300 under-served kids camping, hiking and paddling. There are so many kids that would love and need these expeditions, and we want to give them that opportunity.”