Looking for the goods that can survive a summer of hard use and maybe even make your life better and elevate your life outside? Meet the gear that EO’s fun-hogging contributors love to love to death. 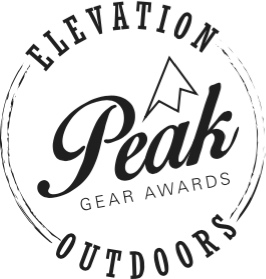 Twice each year we hand out these coveted Peak Gear Awards to the very best stuff we put to the test in the field. How do we determine the winners? Simple. We asked our top contributors—who, we are proud to admit, spend far more time camping, hiking, backpacking, biking, climbing and paddling than they do “working”—to name the best gear they used over the past year. What gear can’t you live without? Which gear changed your life? 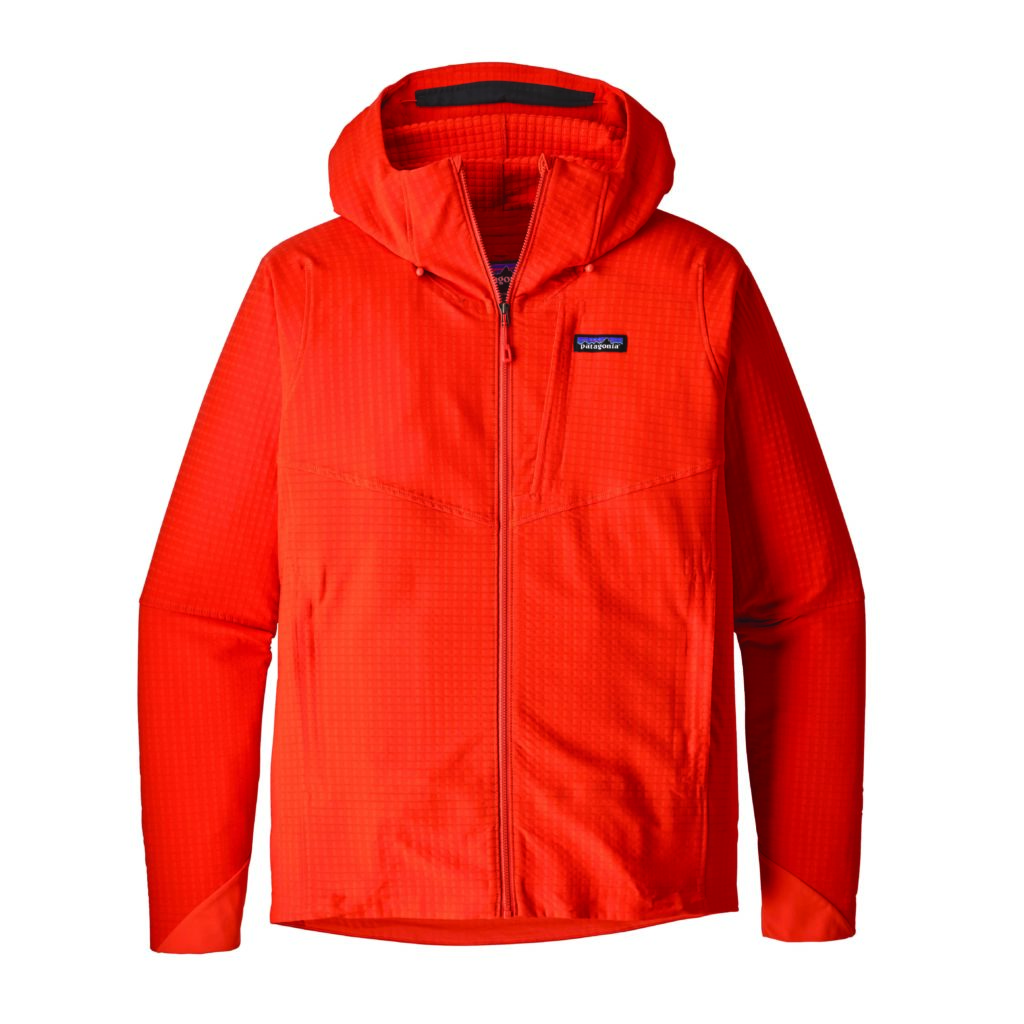 Why It Won: This stretchy, breathable fleece handled abuse and bad weather in numerous dicey situations. Plus, Patagonia is a company dedicated to doing environmental and social good, so it’s a feel-good buy.

Where We Took It: Our tester has been grabbing this fleece over the past few months as his go-to jacket for everything from long rock climbs in Eldorado Canyon to mixed/drytooling in Rocky Mountain National Park to snowy runs to nights having fun out on the town. He also gave an enthusiastic thumbs up to the beefier, warmer R2 Techface, which truly proves its worth when the winds pick up in Eldorado Canyon 300 feet off the ground. The R2 will not be available to the public until August 2018, however. Why It Won: Straight out of the box, they felt as if they improved our climbing. They’re packed with features: a split tongue, speed lace closure, a downturned/asymmetric profile and synthetic uppers. They feel spongy as they wrap around the feet, so they don’t hurt and squeeze too much, but they also stick to the steeps with ease. These aren’t everyday shoes, however; unless your idea of everyday climbing is radically overhanging terrain.

Where We Took It: We used the shoes on hard and varied terrain—everything from cracks to stemming to edging—on routes across the Front Range. Why It Won: It packs down into a bundle that’s a little larger than a softball and proves versatile enough to use as a midlayer or as a primary insulator for high-output activities ranging from skinning to hiking.

Where We Took It: Spring skiing and shoulder-season hiking in Vail. Backpacking. It proved ideal when we packed it as our go-to warm jacket for destinations ranging from Iceland to Bend, Oregon.

Why It Won: Simple—it makes paddling fun and easy. Or make that not paddling. The smooth foot pedal system in this kayak means you don’t have to worry about your paddle when you are involved with far more important endeavors on the water such as casting a fly rod or looking through binoculars.

Where We Took It: Fishing and lazy-day paddling on Boulder Reservoir. Grand Lake. Why It Won: Meet the perfect quiver-of-one shoe for any day in the mountains—it’s not too beefy for day jaunts but stiff enough for tech-y summit scrambles and even overnight pack-hauling adventures.

Where We Took It: Everywhere from hikes out our backdoor in Boulder’s Flatirons to red-rock rambles in Utah to weeklong hut-to-hut excursions in the Alps. 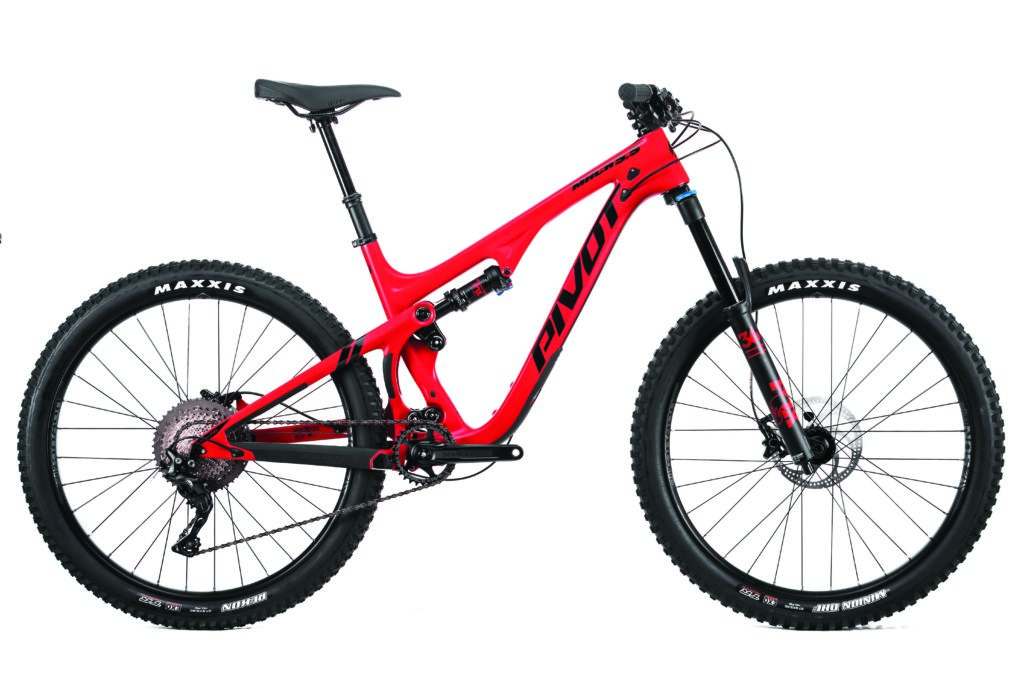 Why It Won: The latest refinement of Pivot’s incredibly pedal-friendly DW-Link suspension platform provides 140mm of rear-wheel travel that soaks up everything while maintaining a light touch on ups and downs. The bike just feels like the right tool for the job on a wide spectrum of trails. This $4,999 “base model” is basically what a typical bike shop employee would run on their own bike, and there’s nothing basic about it.

Where We Took It: It handled the technical trails of Moab like a bike with 25-percent more travel, yet never felt out of place on the dirt-road grinds. 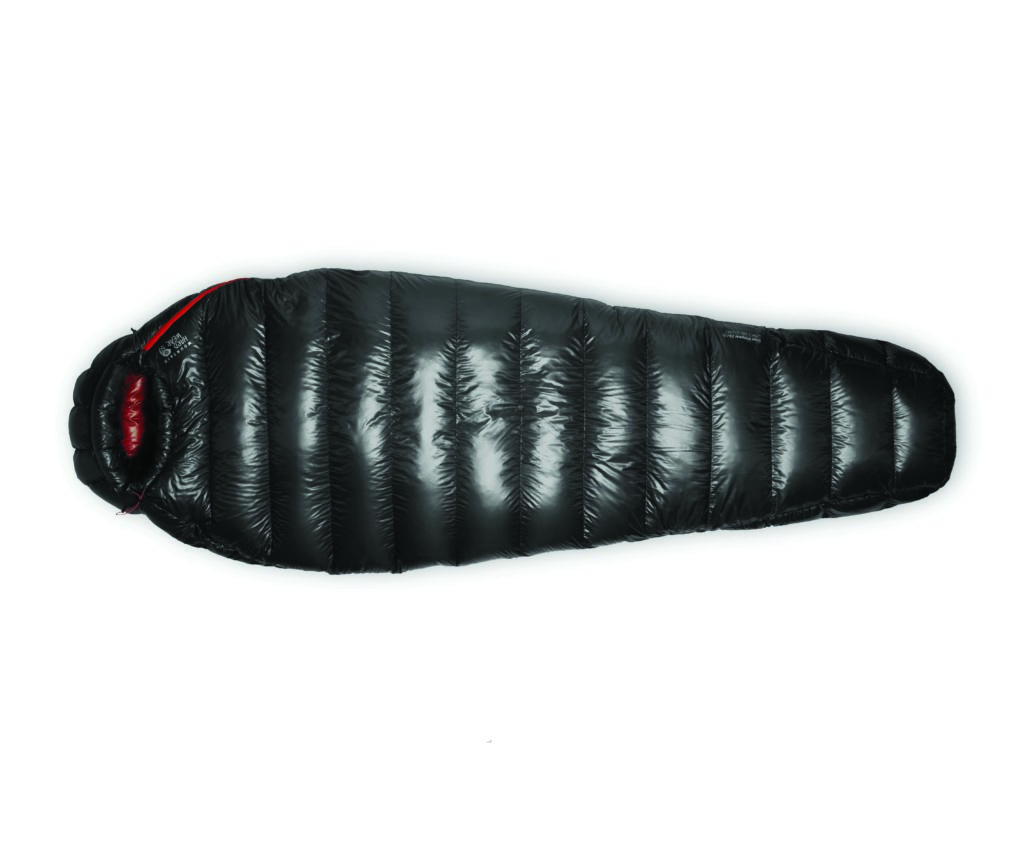 Why It Won: The same super-light weight design in Mountain Hardwear’s famed puffy jacket delivered impressive warmth and packability for its light weight.

Where We Took It: Globetrotting from the beaches of Vancouver Island, BC, to hut trips across Canada to backpacking jaunts in Colorado’s San Juans. Why It Won: Columbia’s Omni Shade fabric really kept cool during long days on the water while breathing surprisingly well, even in the tropics. That added up to a shirt that looks heavy, feels light and keeps out the sun.

Where We Took It: It warded off UV rays while we cast everywhere from the Yucatán to the South Platte.

Why It Won: This carry-anywhere pad is the size of a can of beer and damn near the same weight, too.

Where We Took It: Backpacking, bikepacking, packrafting and long train rides. 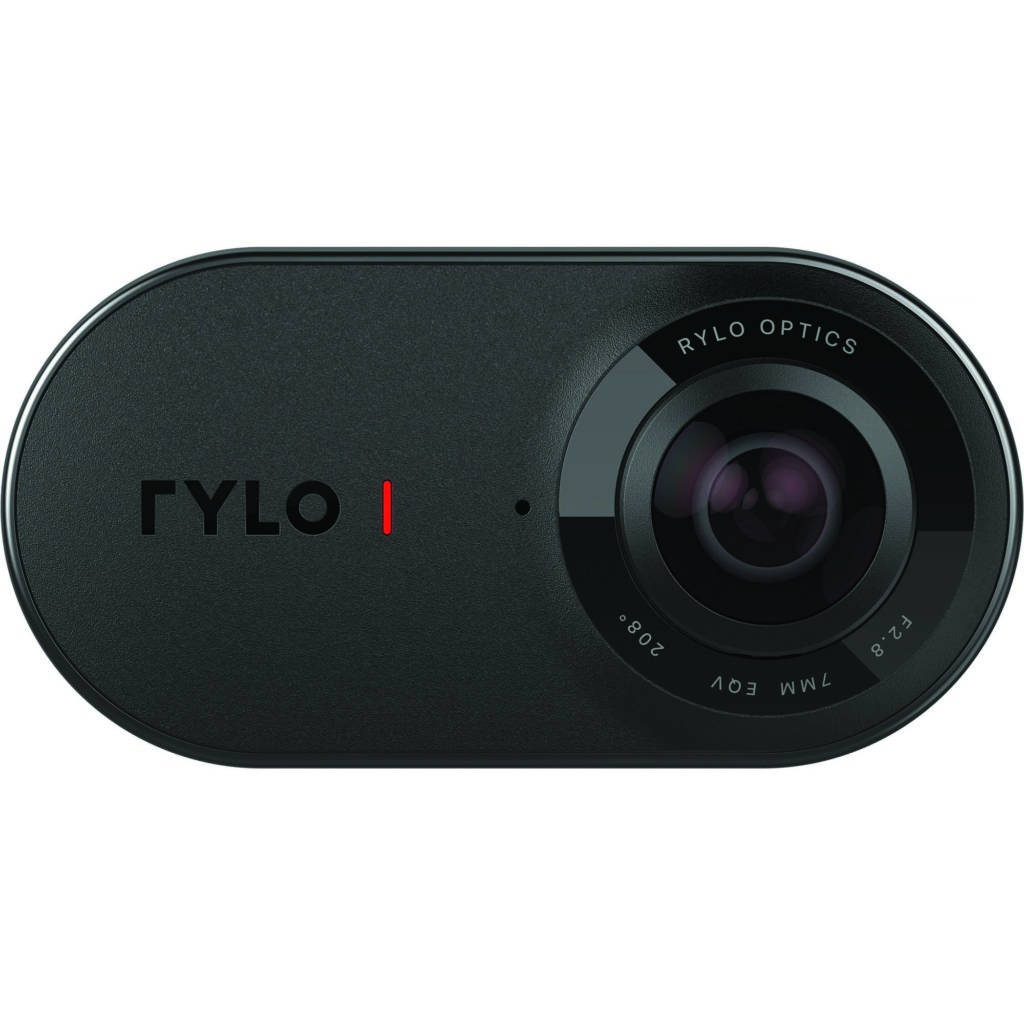 Why It Won: This little, dual-lens, 360-degree camera includes software that stitches the images together and provides buttery smooth stabilization. The phone-based app is intuitive and makes it easy to crop, edit and share standard videos in horizontal, vertical or immersive 360-degree images. It’s not waterproof, but a separately sold case gets it there.

Where We Took It: Everywhere from the slot canyons of Utah to the fjords of Arctic Norway. Why It Won: Here’s a lightweight, do-it-all cord (rated single, twin and half) that uses no PFCs in the production/manufacturing process and still gets a “Dry” rating from the UIAA.

Where We Took It: Italy’s Dolomites; Red Rocks, Nevada; Eldorado Canyon and RMNP in Colorado. 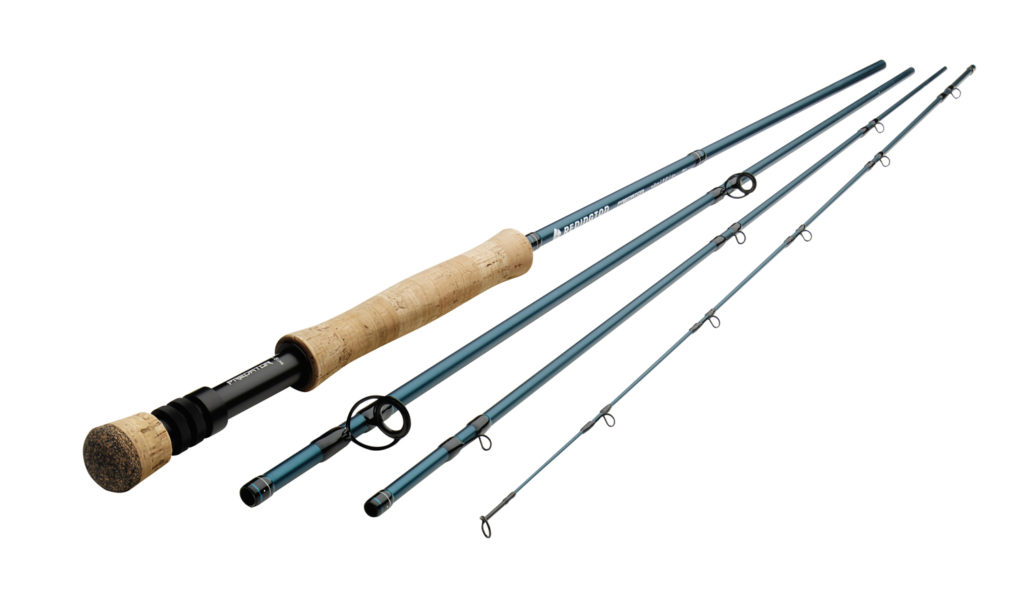 Why It Won: Guts and grace. This supple strong series of rods (they range from 5-weight to 12-weight) gives you all the muscle to land big fish but still casts as smooth as a daintier stick. The rod truly proved its mettle when we tossed big, ugly articulated streamers and complicated nymph rigs for lunkers.

Where We Took It: We took the 6-weight to Boxwood Gulch on Colorado’s North Platte and cast (and caught) big stuff all day long, no problem. 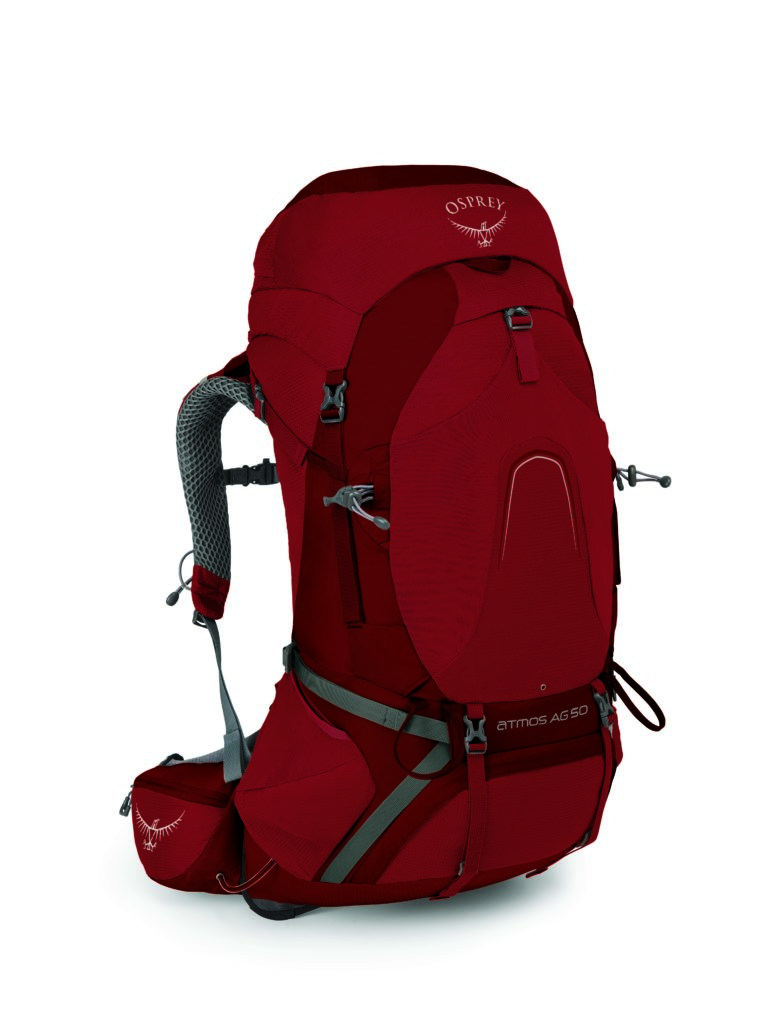 Why It Won: A previous version of this backpack won a Peak Gear Award and the suspension and intuitive nature of the its adjustments and compartments only got better in this compact, easy-to-haul upgrade. We truly appreciated the way the suspension melds to your torso and doesn’t bounce on extended treks but also appreciated that same easy fit on quick missions.

Where We Took It: A 70-mile trek through the wilds of Lapland and an overnighter to Colorado’s Heart Lake. Why It Won: Most camp chairs require some sort of slouching for watching the sky, but the rocking frame here makes it feel like laying sideways in a hammock.

Where We Took It: Backyard lounging, camping in Utah and road tripping through Wyoming.h Why It Won: Innovation. The lightweight, breathable, Gore-Tex Shakedry Fabric paired with the new Gore-Tex Fabric with Stretch technology allows for a road-cycling specific jacket that fits like a jersey, while still being completely waterproof even in a downpour. It packs down smaller than a fist and also works in warm-but-wet conditions and cold situations, (whether or not it’s raining). Best of all, yes, you can just shake the jacket and all the water beads off. 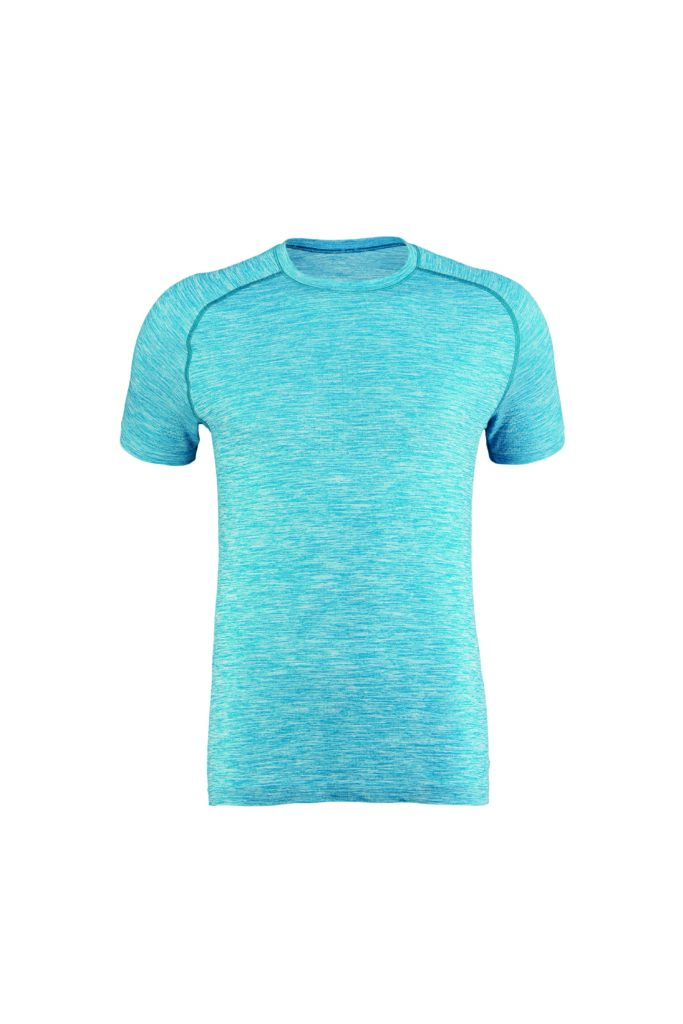 Why It Won: It just refuses to stink. No matter where we wore it—from hot yoga to trail runs to travel, this shirt endures days of sweat and abuse but still looks classy enough for use when you travel or grab a post-workout meal.

Where We Took It: Trail runs across the planet—from Chamonix to Boulder’s Mount Sanitas. Hikes in Utah slot canyons. Daily practice and Boulder’s Hanuman yoga festival.

Why It Won: Designed for bikepacking and big trips where you need space to transition, this two-person tent offered lots of comfort thanks to a roomy vestibule where we could change clothes and/or stash gear out of the elements. Best of all, it’s shockingly light for such a big shelter at four pounds, seven ounces.
Where We Took It: It served as the ideal home away from home bikepacking in Colorado’s Sawatch range. 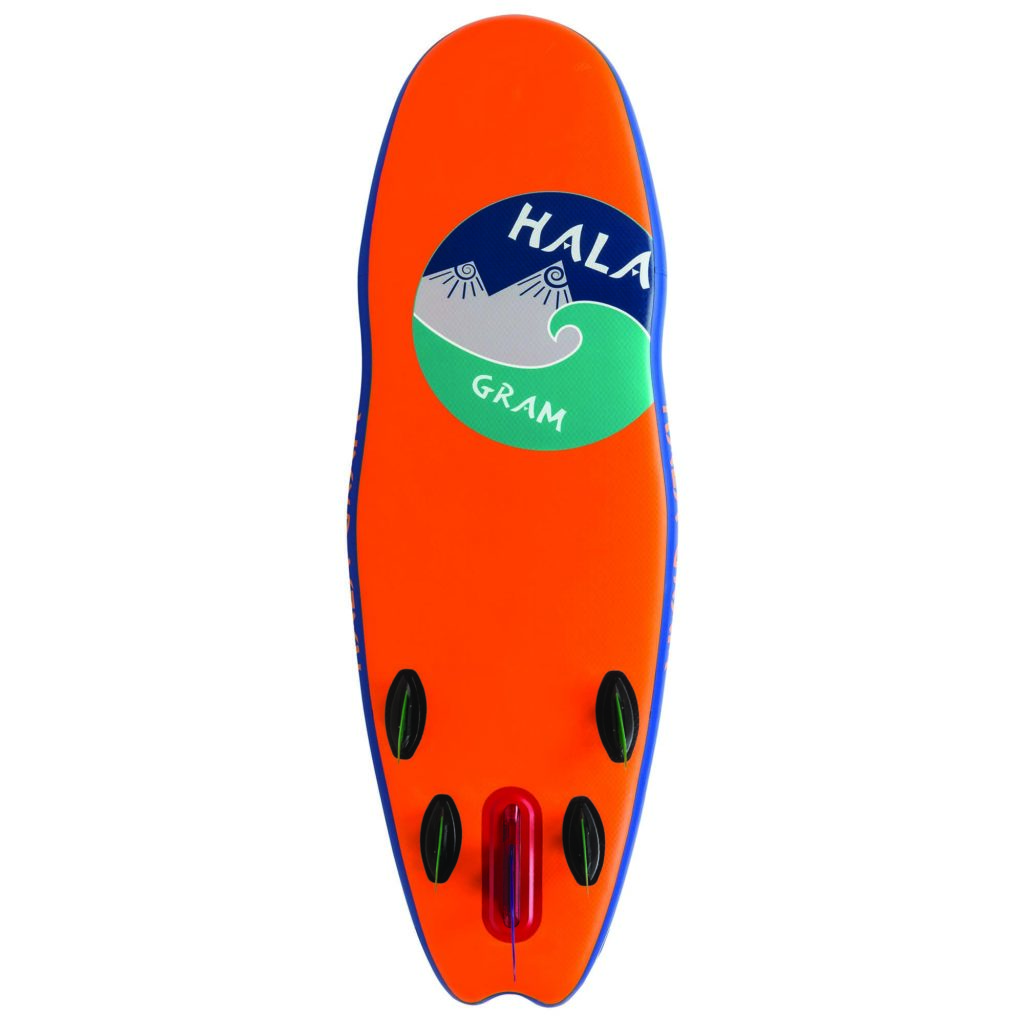 Why It Won: It’s just pure fun. Everywhere we took it—from navigating whitewater to just messing around on the lake—and no matter who hopped on it, this eight-foot, 30-inch inflatable proved up to the task. Credit that versatility to its stability and a shape that makes it quite responsive in any conditions. It’s a snap to inflate and the tough rubber isn’t deterred by fast-moving encounters with sharp rocks.

Where We Took It: It packed nicely in the back of our Highlander for quick deployment everywhere from Steamboat’s Yampa to the Boulder Reservoir. 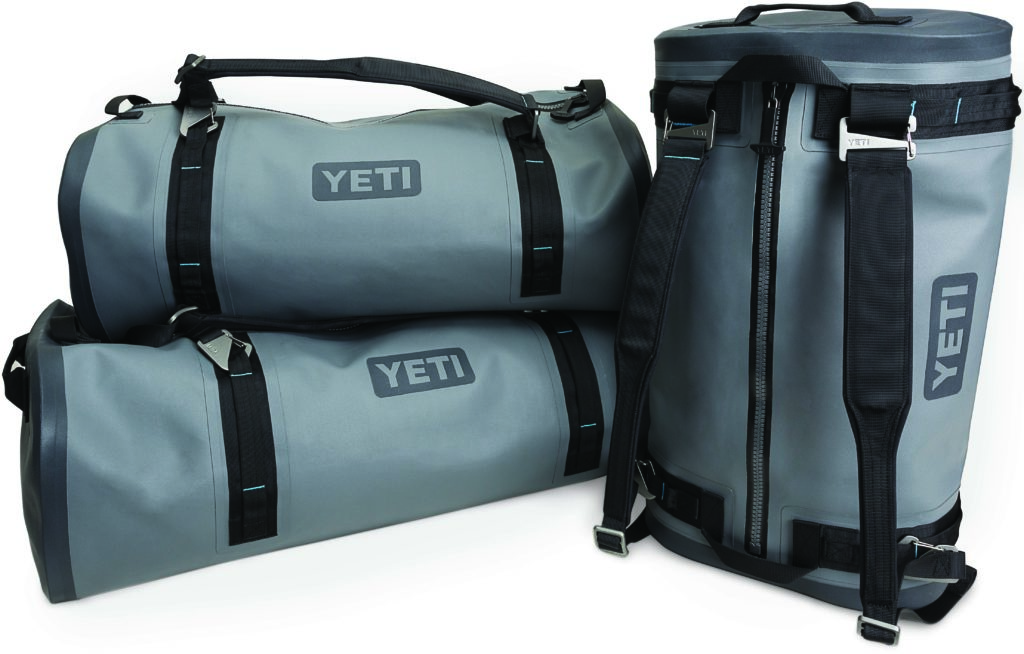 Why It Won: Like everything Yeti does, this gear hauler is bomber. It held up to the abuse of being tossed in the back of pickups, airline cargo holds and drift boats—and it survived full immersion on a Dolores River trip. Is it a lot to pay for a duffel? Sure, but it’s nice to know you can count on it.

Where We Took It: Everywhere we go—from classic use on river trips like the Dolores and Ruby-Horsethief to hauling family bike gear to Moab.

Why It Won: Don’t let the super-thin 20D ultralight fabric fool you, this ultralight jacket can withstand a surprising amount of precipitation. While it’s not our primary rain gear, it’s perfect for Colorado and Utah adventures when you want that extra layer you hope you don’t need but are stoked to have when the skies open up. It also works well as a wind shell.

Where We Took It: Robbers Roost Canyon in Utah for a week. Front Range hikes. Backpacking for the season.

Why It Won: We didn’t think we needed women-specific trekking poles—until we tried them. The grips proved easy to hold when navigating steep scree and the locking system made quick assembly and break-down a snap so that we could transition from using them to packing them away in a hurry.

Where We Took It: Mountain scrambles in the Front Range and Appalachians. Backpacking trips in the San Juans and the wilds of Finnish Lapland.