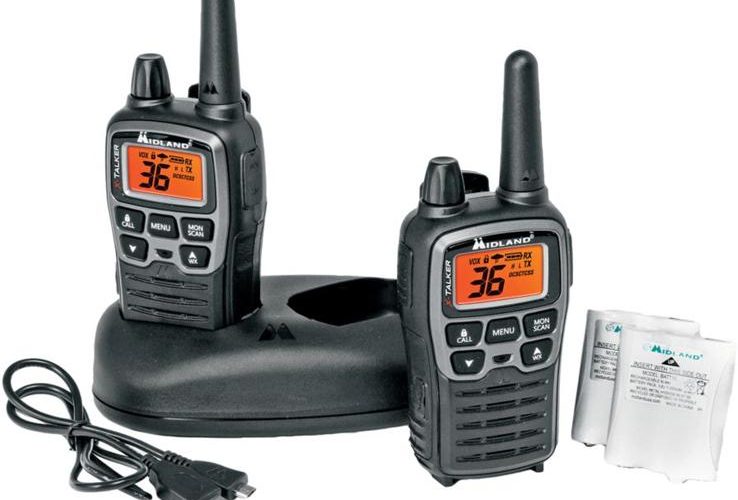 I’ve always loved using two-way radios, but when I was a kid we always called them “walkie talkies.” Especially before cell phones, it was an engaging way to communicate with a friend while playing outside. It’s still just as fun, and two-way radios are actually an imperative part of outdoor recreation and backcountry travel, especially since we can’t rely on cell phones to have adequate service or keep battery power when we’re adventuring. Midland makes a number of two-way radios — some more techie than others — but we tried a good mid-range model, the X-Talker T71VP3, on a few recent excursions in the backcountry and also within ski area boundaries. They are great for keeping tabs on your party, and we especially loved the ease of the hand-free shoulder speak mic (and additional piece) that we were able to clip right on our shoulder straps. Hands-free is also an option with each radio’s VOX capability, which allows parties to set up their radios for hands-free speaking. There’s no need to press a button to talk and be heard when you’re transmitting from this setting.

The nearly 40-mile range for these radios is more than ample in most backcountry situations, and the radios have a great battery life of up to 15 hours, so we never had to worry about them dying on us — even out in the cold — like your phone will often do.

36 channels have always made it more than easy to find an open channel to use, and the built in weather-alert technology scans for NOAA weather updates, which is beyond helpful when you’re in out the elements. Some of the weather updates have come in scratchy for us, but still informative and better than nothing.

Pros: Communication is key when it comes to backcountry safety and overall enjoyment, and these radios make that possible in all weather. It’s wonderful to not have to rely on a cell phone, especially because cell phones can be so unreliable in outdoor situations.

Cons: The 38-mile range is a maximum distance for use, but that’s a best-case-scenario, over open water or in a rural field. In the mountains, terrain with ridges and trees can make this radius shorter, and it’s hard to know exactly how far your radios will reach at any given time.

Where We Took Them: A snowshoer had a radio and a skinning group had two radios on a recent day trip on Meadow Mountain near Minturn, Colorado. And out on a ski day with a party of two that split up for a couple hours, but were able to stay in touch, at Crested Butte Mountain Resort.