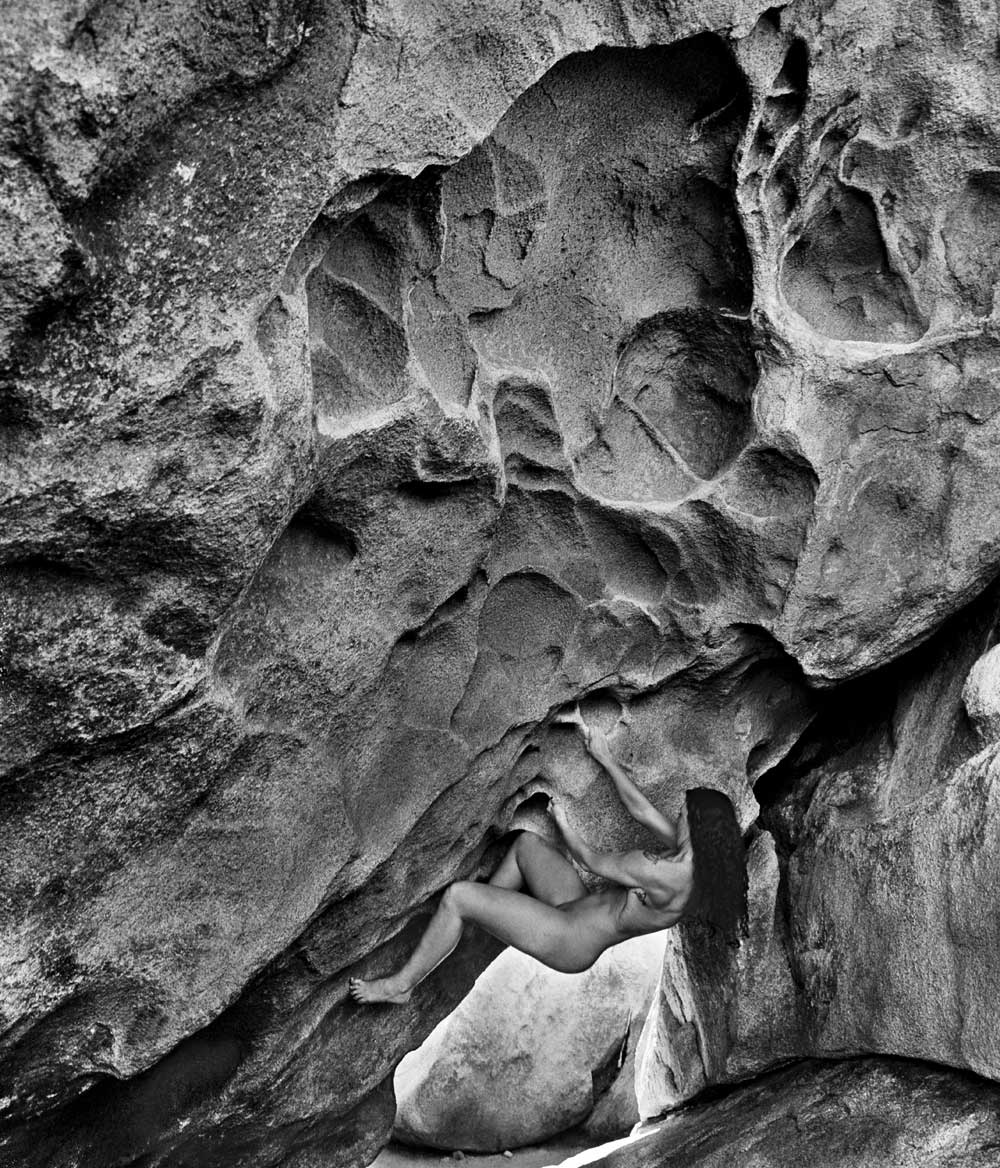 primal line Beyond Yosemite, the stone masters pushed thier limits in Joshua Tree National Park in the 1970s. here, a CLIMBER finds a respite from the desert sun on the cool caveman boulder. Photo by DEAN FIDELMAN

The latest book of Stone Master Dean Fidelman’s black-and-white studies of body and rock will go live on Kickstarter this month.

An original member of the legendary Stone Masters, the ragtag crew that put Yosemite Valley climbing (and style) on the map back in the 1970s, photographer Dean Fidelman, 63, lives to take photos. “That is all,” he says contentedly from his Stone Master friend John Long’s living room, where he often couch surfs. Fidelman’s work illustrates his intimate connections with his subjects, whether they’re the finest climbers in the world or nudes set in a black-and-white landscape. Fidelman is the author of five photo books, including Stone Masters (2009), Stone Nudes: Art in Motion (2010), Valley Climbers (2011) and Yosemite in the Fifties: The Iron Age (2015). The latest, Stone Nudes: Climbing Bare, revisits his beautiful black-and-white work of naked climbers on the rock. It’s due out in February through Rizzoli Books. Long, the recipient of the prestigious Literary Award from the American Alpine Club, wrote the forward. A Kickstarter for the book is going live this month and will reward funders with a special signed edition of Climbing Bare as well as signed prints. —Chris Van Leuven