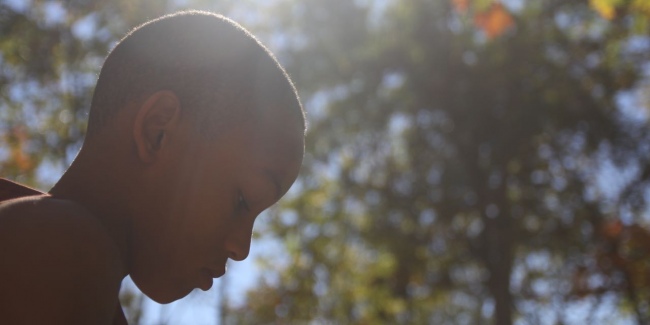 Why We Climb—Kai Lightner is Inspiring

Imagine you’re the parent of a precocious six-year-old boy who is constantly active and climbing anything he can find, not a problem if you live in the Rocky Mountains. Point him towards some rocks or a climbing gym. But what if you lived in Fayetteville, North Carolina a town known more for being home to Ft Bragg and Pope Air Force Base; that also is quite flat.

That was the quandary Connie Lightner the single parent of ascending climbing sensation Kai Lightner found herself in in 2006. Her boy loved climbing anything, but had no access to decent climbing facilities. Luckily for climbing fans everywhere someone told her about the Triangle Rock Club located1.5 hours away in Morrisville. After the first day Kai walked into the gym he was hooked.

He competed in his first competition in 2007, has since won eight United States youth championships, and is the 2014 World Youth Champion. The kid is a prodigy and the film 14.c by George Knowles tells his story.

Unlike other climbing movie this one focuses more on the relationship between Kai and his mother, and the sacrifices each makes in pursuit of his goals. It is important to note that his mother has no interest in climbing or the outdoors, she is more of a city girl, but has learned all she can about climbing and belaying to be part of his dream. “The most fascinating part of filming the movie was watching Connie put herself into situations that she obviously would not be in if not for her son,” says Knowles. “Watching her hiking through New River Gorge on the way to a climb is a testament to true love.”

When asked why she does it Connie sums it up beautifully in the film “ No matter what you choose to do in life there’s going to be obstacles, with climbing if you set your goals high enough there is no way you are going to walk through the door and immediately reach those goals. So it’s almost like just through the nature of the sport itself you have to be disciplined and I think that that’s makes climbing an essential part of his life.”

During the film we find out that Lightner only gets outside about once a year due to his location and circumstances. But when he does climb outside it’s magical. On a trip documented in the film he routinely slays grade 13 and 14 climbs in the New River Gorge area. And he does it with amazement on his face for the beauty of the outdoors, while waxing over the sacrifices his mother makes. Lightner is an inspiring kid, someone you only meet every now and then.

“Probably one of the best things about spending time with Kai is seeing him meet his hero’s like Alex Honnold and such,” says Knowles. “He is just so appreciative and open to everything they say, great kid.”

You will be hearing more about Lightner as time goes on, and he graduates high school, he has the ability to be one of the best. So take some time and watch 14.c so you can confidently tell all of your friends you have been following this kid for years when he routinely starts appearing in climbing films three to four years from now.