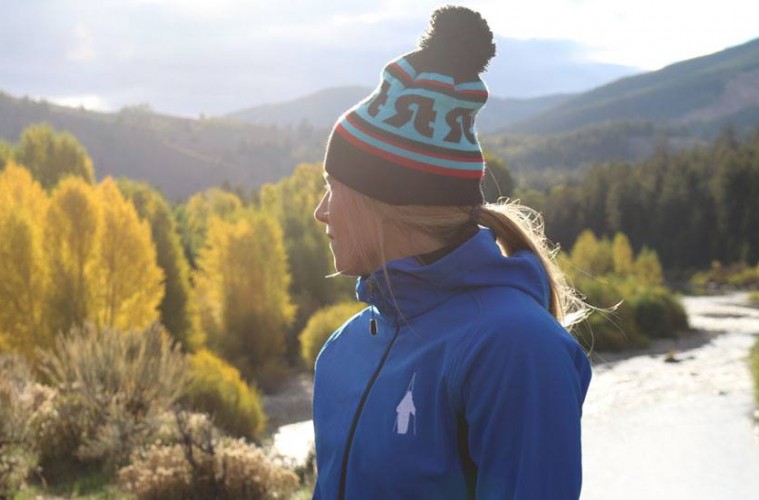 The brainchild of 26-year-old Vail native Alex Biegler, Recollect Threads is everything a tiny, resort-based apparel brand can, and should be – run by locals with killer designs and contemporary styles that appeal to a hardcore yet broad audience.

“The company was founded in the fall of 2011 as a passion only intended to be a project designing t-shirts and hats with backcountry skiing designs,” explained Biegler, who holds a double major in graphic design and economics, with a minor in business, from Northwestern.  “The company took hold as the backcountry skiing and snowboarding craze was burgeoning and we were met with much stronger support that we anticipated.”

While slightly overqualified to settle for washing dishes in Jackson Hole, Biegler knew that’s where he wanted to be. And after giving investment banking in Chicago the old college try, he picked up and moved to the backcountry Mecca of Jackson to try his luck as an entrepreneur. “After one year as an investment banker in Chicago I picked up my life, packed a U-Haul and moved to Jackson Hole with one of my best friends Sebastian Faessler with no plans and no idea what I was getting into. In the meantime I have learned the true definition of ‘living’ and ‘living happy’ here; Jackson is an incredibly special place and I feel blessed to have had the chance to live here and now become a part of the community. Recollect Threads has grown up in Jackson and I have received an incredible amount of support from the community that has made it possible to live here,” he said. In his spare time he coaches the boy’s highschool hockey team and chases outdoor adventure.

“Over the next year we drastically expanded our offerings to include more graphics as well as differentiating our garments for a lifestyle line. From 2011 to 2012 we were exclusively sold through our website’s online store, www.recollectthreads.com But in the fall of 2012, AJ Cargill, the buyer for renowned local ski shop Teton Village Sports, picked up our line to be carried through the Winter Season.  At this point Recollect Threads transformed from a garage project to a serious business with a future and a plan,” Biegler said.

Over the next year Recollect Threads continued to expand its offerings and tailored its retail channels in the hopes of expanding distribution.  Additionally, he started selling merchandise direct-to-consumer at events in Jackson – and that planted the seed to open his own retail store.

Flash forward to the present, and the line is carried in Idaho, Colorado and Wyoming in 17 retail stores and with a push to expand that number.  Their own brick and mortar location in Jackson Hole opened in December 2013 where they showcase their own line as well as some other items. “Our global headquarters retail store and entire team are now headquartered out of this location so it is all happening here, in Jackson, at 70 S King St.,” Biegler said.

The line now includes tee shirts, hoodies, caps, beanies, surf shorts, athletic wear and much more – all imbued with contemporary outdoorsy graphics celebrating life in the mountains that only a local could create, but one that almost everyone can appreciate.

–This is installment number two in our series on micro-apparel brands throughout the U.S., by Elevation Outdoors digital editor Aaron H. Bible.