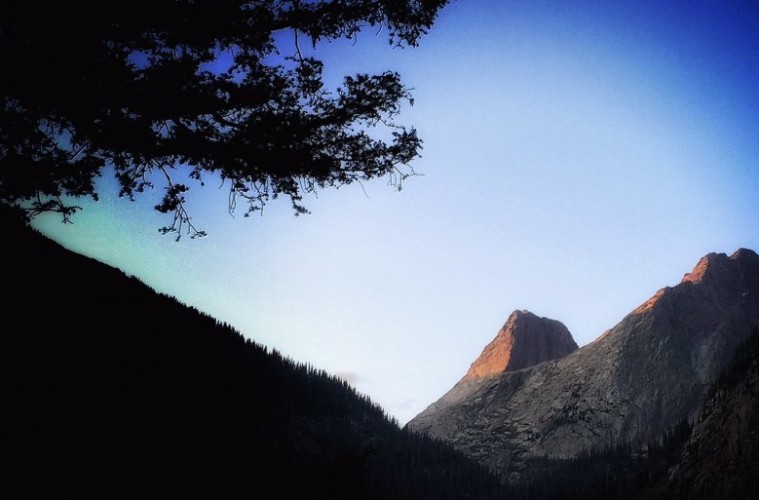 There is one thing you should know about me: I get crushes. I see beautiful faces that are just my type, and I feel an insatiable yearning for them. I take photos,  spend hours stalking them on the internet, and borrow books to find out how to approach them. I just want to get out there and spend time with these faces, always dreaming about them day and night until I live my fantasy.

Panorama of the Grenadiers from Verde Lakes. Vestal Peak is just left of center, Arrow is to the right

I have had mountain crushes most of my life, but it wasn’t until I found myself in Kazakhstan in 2012 that I graduated from the creepy staring/fantasy stage to the next step of a “relationship.”

My first day in Almaty, I couldn’t stop gawking at Nursultan Peak, a mountain that towers over the city. Eleven months later, I found myself precariously perched on the summit, with a first solo ascent of the north face behind me, and the first ski descent below. The climb was the best of my life, but the skiing was the absolute sketchiest thing I have ever done.

Three years later, while skiing Ophir Pass with a friend near Silverton, Colorado, I told him the story about my first real mountain crush that led to a small paragraph in the American Alpine Journal, and he replied, “then you saw Vestal Peak and felt the same way, right?” Of course I had seen the smooth, ramped profile of Vestal Peak during numerous drives from Silverton to Durango, but I have never given it and its similar neighbor Arrow Peak more than a cursory glance as I mostly just focused on staying in my lane and not rear-ending the slow moving RVs endemic to Molas Pass in the summertime.

On a hike to Highland Mary Lakes not long after, I got my first long stare at Vestal Peak and felt the early stages of mountain-induced puppy love. I did the same thing I did in Almaty: took photos, researched online, used a guide book, and felt a deep want for the mountain. I knew the climb would not be anything new, as the most aesthetic route on the mountain, called Wham Ridge, is a Colorado Classic. For me, however, it would be a first rate adventure nonetheless. My good friend and fellow Red Fox North America athlete Mackenzie McGrath planned on joining me so she could spend a weekend outside of her homebase in Lyons, Colorado, but she only got as far as Idaho Springs before turning around due to car trouble. Anxious to climb, however, I decided to go it alone, planning to hike in from Molas Pass and climb Arrow Peak, overnight it and go for Vestal Peak’s Wham Ridge before hiking back out. I ended up backing off from Arrow Peak after arriving in Vestal Basin, and since I was solo I thought I’d only go for Wham Ridge if I was feeling it. The next morning, I definitely was.

The climb was everything I hoped it to be. The incredible quarzite rock was certainly smooth, but a number of cracks that gradually steepened before breaking into bigger ledges towards the top provided a level of scrambling I have never seen in Colorado. And, my personal favorite part, I could feel the massive amount of air below me, both as I got higher on the north face, but also continuously on the sheer west face which was never too far away on this route. I never felt like the climbing was more difficult than the 3rd Flatiron near Boulder, but the views from the top were simply incomparable to anywhere else in the state.

After a brief stay on the summit, I took my time descending the loose south face back to the saddle between Arrow and Vestal Peaks. I collected my bivy gear, and made my way back towards Molas Pass. On to the next fantasy…