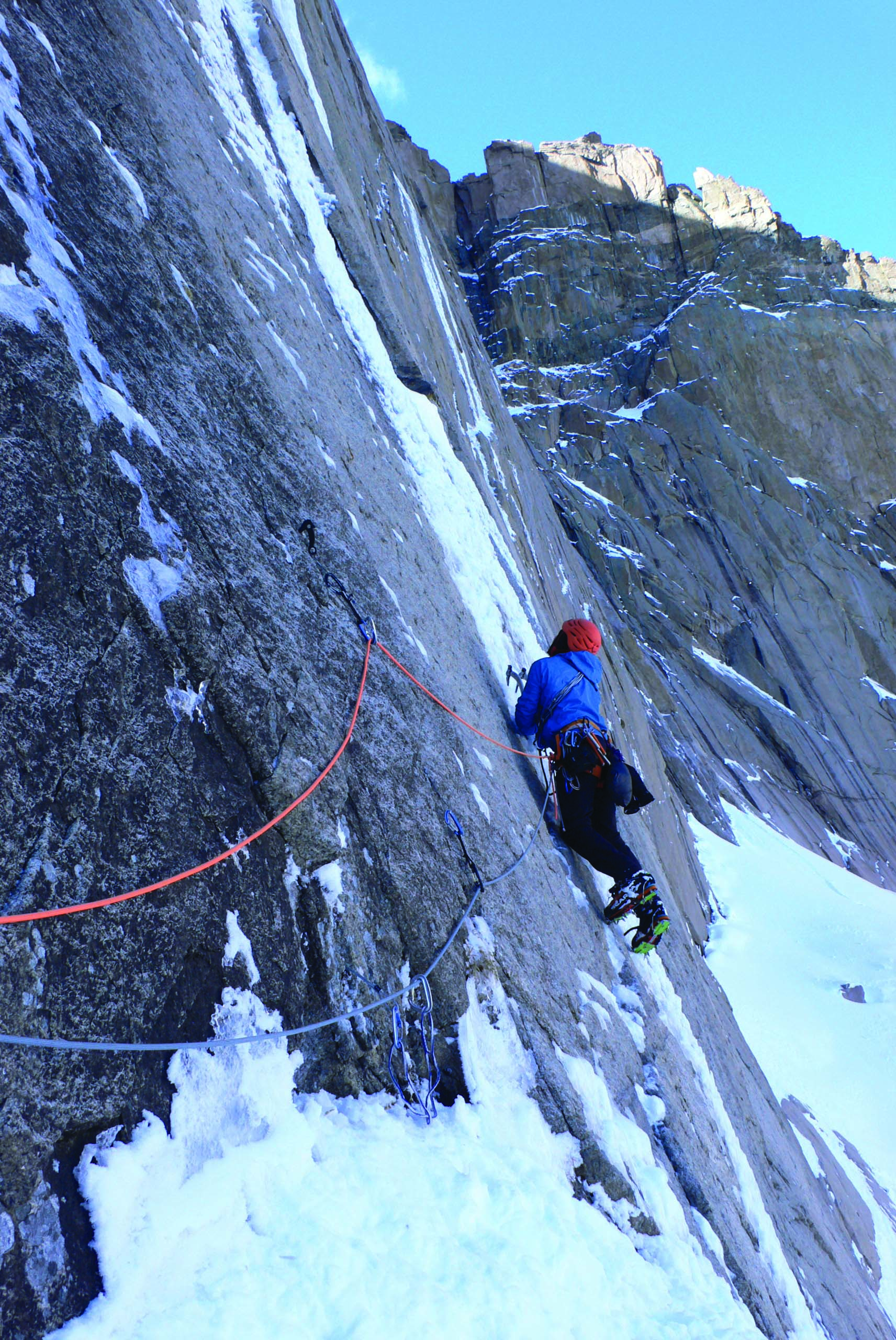 It took just the right conditions to put up two new alpine mixed routes at 12,500 feet on the Diamond of Longs Peak this fall.

On October 13, with conditions clear and cold right after a storm, Boulder climbers Tyler Kempney and Wesley Fowler slogged to the Crazy Train Smears area at the base of Longs Peak, and established a new two-pitch route they called Conditional Love, rating their 300-foot line M5 WI5+/6X. That night, after hearing that the line he’d eyed for years got scooped, Kevin Cooper, from Allenspark, set his eyes on the next line over and reached out to old friend Kelly Cordes from Estes Park. On October 18, the duo, who have a long history on Longs, ticked off the first ascent of the 350-foot Cannonball. “It was by far the most difficult, delicate climbing I’ve done at that length,” Cooper says. “One section was one- to two-inch ice barely bonded to an 80-degree face for 60 feet with no protection. It felt good to be up there with someone who was solid in the game.” —Chris Van Leuven