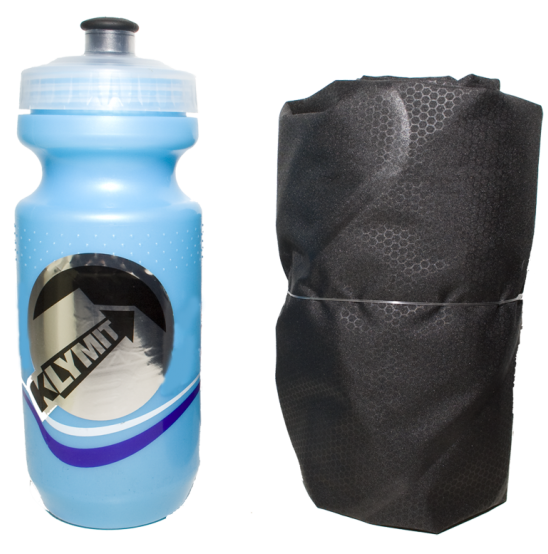 Don’t let the gaps in this ultra-light pad fool you. There’s plenty of padding right where you need it and gaps in the spots where you don’t. In fact, the claim is those gaps help your sleeping bag loft better below you making for a warmer night. But don’t try to throw this down on the snow and expect a worry free night. This is a 3-season pad and the manual even advises having a second pad with the Inertia XL when winter camping. But if you’re going to be carrying two pads anyway, one of them might as well only weigh a mere 18.8 oz, right? I’ve not had a chance to use this pad in the winter yet.

I stayed very comfortable during a 6-night stint on this pad while traipsing through various canyons of southeast Utah. It never got below freezing, but the nights did get cold and the ground was cold. I mostly sleep on my back, but do on occasion roll on my side and never had any problems with “bottoming out” through the mere 1.5″ of the firmly inflated pad. Inflating takes 5-6 good breaths and an annoying 50 squeezes of the hand pump to get the firmness I liked. The manual suggests some may find the pad comfortable enough with a mere 15 hand pumps. Not me.

The pad fit me well as it best fits those in the 6’ range. I did find a number of complaints posted by those well short of 6′. The included hand pump easily rolls up with the pad and the whole thing is smaller than a 1L water bottle.

Deflating is pretty easy as the pad layout and configuration is designed to push all the air out in just one roll-up. Unfortunately there are two little glitches I ran into in rolling up the Inertia XL. First, in order to get all the air to push out in one roll-up, you need to fold the pad twice length wise. For a few of my nights, I was in a tent that was just about the same length as the pad so I couldn’t be at the end of the pad to roll it up. I had to roll sitting beside the pad. While that’s not impossible, it’s not easy or convenient. When I wasn’t using a tent, I was on a small tarp on sand and had to be cautious not to move the valve at the top of the pad off the tarp and into the sand. It probably would shorten the lifespan of the pad if sand got inside of it.

Secondly, I often trapped a bubble of air at the top of the pad beyond the valve causing me to need to somehow work that air back to the valve before it would be small enough to slip into it’s storage sack. Minor issues that may not bother you and in truth issues that won’t keep me from using the Inertia XL more myself.