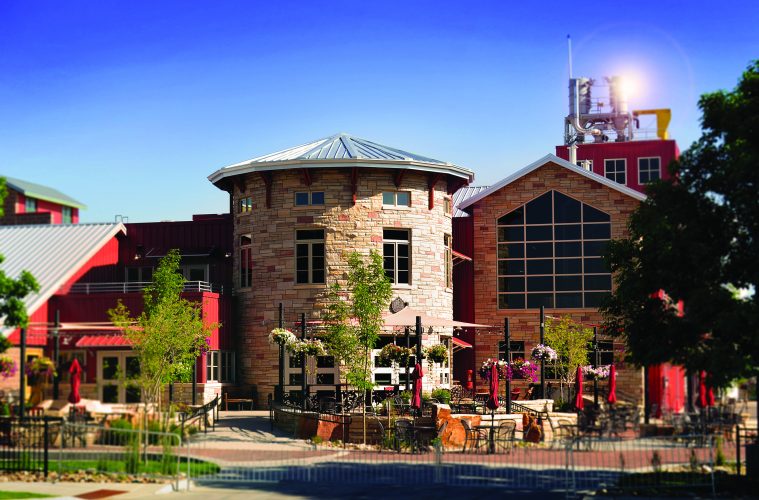 One For the Road

If you love craft beers as much as you love the great outdoors, then it’s time to plan the ultimate road trip to where the beer flows like perfect singletrack—and there’s plenty of bike trails to work off those IPA calories. The following itinerary links sudsy mountain town destinations around the West with the epic hiking and biking trails surrounding them.

Home to two of the top 50 craft breweries in the country (New Belgium Brewing Co. and Odell Brewing Co.), this charming college town boasts a chill vibe, an exploding beer scene and endless outdoor adventure opportunities in the surrounding foothills. Those craft beer powerhouses New Belgium (newbelgium.com) and Odell (odellbrewing.com) are the cornerstone of the city’s beer scene; visits to them are absolute musts. But be sure to check out the city’s up-and-comers, like Equinox Brewing (equinoxbrewing.com), a downtown brewery with an outdoor beer garden and 18 taps, and Horse & Dragon Brewing Company (horseanddragonbrewing.com), a community joint serving fresh, delicious suds like the Passionfruit IPA. Tour the city’s massive craft beer scene responsibly by booking a spot on the Fort Collins Brew Cruise tour hosted by Beer and Bike Tours (beerandbiketours.com)—voted Best Bike Guide Service in our 2017 Best of the Rockies readers’ poll. Jackson calls Yellowstone National Park and Grand Teton National Park the backyard, and it’s home to a handful of craft breweries worth logging road miles for. Head to Snake River Brewing (snakeriverbrewing.com), Wyoming’s first brewpub, for their budget-friendly $9 lunch menu, best accompanied by a pint of their award-winning Snake River Pale Ale. Follow lunch with a bit of singletrack on Snow King Mountain in town. Then down pad Thai at the funky Thai Me Up Restaurant in downtown Jackson. The joint used to be the premier home of Melvin Brewing Company (melvinbrewing.com), but the owners just opened a shiny new production facility and taproom located about an hour down the road in Alpine, Wyoming. New Mexico’s big city burst onto the craft beer scene in 2016, when a handful of Albuquerque’s breweries and brewpubs represented at the Great American Beer Festival. Plus, ABQ’s nearby Sandia Peak Ski Area offers 30 miles of downhill mountain biking. After a day of charging, head to the city center and explore the 14 different breweries. Start at Marble Brewery (marblebrewery.com). It has three locations and offers free brewery tours with samples every Saturday at 2 p.m. at the downtown location. For beer and bites, check out Boxing Bear Brewing Co.  (boxingbearbrewing.com), the 2016 GABF Small Brewpub of the Year. Pair a refreshing Ambear Ale with one of the grilled paninis from the brewpub’s sandwich menu, and fuel up for more riding. Missoula is a laid-back mountain town surrounded by some of the best fly fishing waters in the country. It’s also home to a fast-growing craft beer scene that includes one of the nation’s most iconic mountain town beers: Big Sky Brewing Company’s Moose Drool (bigskybrew.com), which craft connoisseurs have guzzled since 1995. Ignite the tastebuds with a pint before heading to Draught Works (draughtworksbrewery.com), housed in a former recycling center. Choose from a tap list including 16 beers and sip one on the patio, with killer views of Hellgate Canyon. And no trip to Missoula would be complete without indulging in a traditional German-style beer, like the Maibock, Dopplebock or Pilsener at Bayern Brewing, Inc (bayernbrewery.com), the oldest operating microbrewery in Montana.

Elevation Outdoors Digital Editor and freelance writer, Tyra Sutak spends most days on the road in search of the perfect post-hike craft brew.