This summer I embarked on ‘Tour de Camp’—a self-supported bike touring trip to all of our West Coast Avid4 Adventure summer camps.

The tour began in Portland, Oregon. From there, I will ride to our five camp locations in the California Bay Area including Mill Valley, Moraga, Oakland, Burlingame, and Palo Alto. I’m expecting the tour to take approximately two weeks and I’ll share how it’s all going in subsequent posts.

Today was my first big day on the saddle and I rode about 90 miles through southern Oregon. My legs feel great, all my gear is working as it should and life is good. 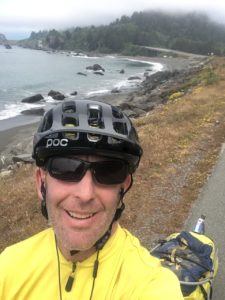 Before I go any further, let me explain a bit more about what’s going on. At Avid4 Adventure, our mission is to empower kids to choose active and healthy lifestyles in the outdoors. Specifically, we run summer camps (day camps, resident camps, and expeditions) across three states including Colorado, California, and Oregon. Last year, I completed my first ‘Tour de Camp.’ It took seven days to bike tour to all 14 of our Colorado camp locations. This year, it’s ‘Tour de Camp’, West Coast where I’ll be traveling to all of our West Coast camp locations by bicycle.

As a result, I’ll bike about 700 miles, by myself, carrying everything that I need in a small trailer pulled behind my bike. After hearing about my journey, everyone’s first question is… WHY? Well, to explain, my title at Avid4 is “CEO” which actually stands for Chief EMPOWERMENT Officer. To do my job, I often think about two things in particular. The first is role modeling our mission and core values. The second is finding ways to connect with our staff and families. 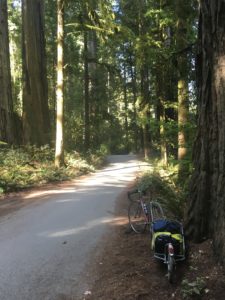 Thus, I created ‘Tour de Camp.’ It’s great because biking to all of our camp locations leans directly into our mission and core values. So, it physically, tangibly connects me with our camps and staff while I’m being active outdoors at the same time. I’ll post updates as I’m able and thanks for staying tuned!

Previous article
Organized Events/Rides – Be Prepared!
Next article
Two Months on the Road in 60 seconds