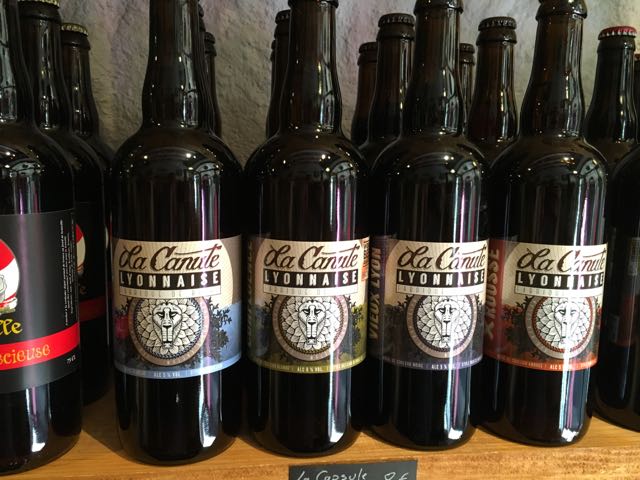 The Rebirth of French Beer

Goddamn the beer is good in France. That’s not a typo, or the ravings of a life long Budweiser drinker, or a mad man. If you take a few steps off the time worn pathways of this country you will find some excellent beer.

When I first visited the country five years ago I was on a mission to explore Paris and drink wine at street side cafés. It fit in with the images that had been implanted in my brain decades before as I devoured book after book written by Ernest Hemingway. As the years passed it was only reinforced by pop culture. For the first few days I was happily contented to fulfill my vision, but then something happened. I wanted a good beer.

As I started to look around the city I was hard pressed to find a decent IPA, or Stout. Mainstream beers dominated the market. Walking into a bar or restaurant I was greeted with the usual array of taps—Guinness, Heineken, Fishers, and Kronenberg. All fine beers for beginners, but I was coming from the land where craft beer reigned supreme. Living in Boulder had spoiled me.

Needless to say I was disappointed that trip. I sustained my cravings for good beer by searching out Belgian beers, specifically Trappist Ales.

Fast forward to today, 2017, and something wonderful is happening in the country, and the rest of the continent. It seems that Europe is in the beginning stages of a craft beer movement. It was first noticed in Scotland several years ago when Brew Dog opened their doors and the Scots embraced them. Most people thought it was an aberration; the Scots are half crazy anyway. But, then some microbreweries took root in England, and spread across the channel to the Netherlands. From there it spread everywhere.

The issue facing the pioneers here is much the same one that the Americans faced several decades ago. The big brewers control the market and are loath to let anyone, however small, in. Unlike the beginning days of craft beer in the States when the tiny startups were ignored, much to the big boys chagrin, this time they are fighting back. But, innovation won’t be stopped, nor good taste.

Nowhere is this more evident than in France, my home base for the last four months. Around the city of Lyon where I am living I have uncovered over ten small breweries, all started in the last few years. Eating out I’m able to find a great saison, or porter more often than not. A night shooting pool with friends was even better when I discovered they had a local IPA on tap. Fruity, bitter, and full flavored it would of made any Colorado brewery proud.

Overall it’s still tough to find great beer consistently here, but all indicators point to a large change on the horizon. As of the writing of this article there are over 600 registered microbreweries in France, and the number is growing. So if you are a beer lover, don’t avoid the land of baguettes and Bordeaux’s. There’s something good on tap here.