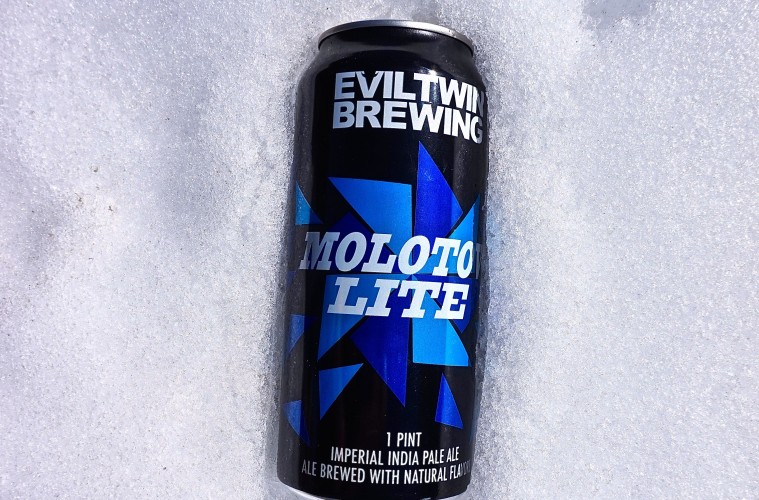 This winter has been a bit manic, first it’s warm and sunny, then cold and snowy. It’s been kind of hard to wrap your head around it. In search for the perfect beer to help assuage us all through the slowly approaching change of the seasons; I turned to the one brewery that should understand our Jekyll and Hyde winter—Evil Twin Brewing.

Evil Twin is the Frankensteinish creation of Jeppe Jarnit-Bjergsø’s from Denmark. The gypsy brewery (it has no permanent location but brews at 10 different locations in 6 countries) exists to create full time and limited edition freak-show beers that blur the line between reality and fantasy. Jarnit-Bjergsø’s beers would send brewers from Budweiser into convulsions—they could not wrap their taste buds around them.

Since it’s founding in Copenhagen in 2010, Evil Twin has gone out of their way to create bodacious flavored beers with some of the more inspired names in the brewing industry—Double Barrel Jesus, From Amager With Love, Ryan and the Gosling, and Disco Beer to name a few. If any brewery could help soften the inevitable mood swings associated with lingering winter it’s these guys.

Molotov Lite weighs in at 8% ABV and is delivered in a neatly packaged 16oz can. The black and blue label quietly hides the humongous hop-bomb awaiting you inside. As the little brother of their immensely popular Imperial IPA, Molotov Cocktail (13% ABV, one bomber can wreck you) it has high standards to achieve. And it does.

Upon cracking a can open you are immediately beset upon by aroma’s of citrus and pine, it has an excellent IPA nose. Like Pavlov’s dogs your mouth will immediately begin watering. It pours into your glass with a misty golden color that supports a decent head of foam. What will really set your heart singing is that first sip.

With a full flavored hop hit up front followed by a chorus of fruity flavors; this is one beer that will make you forget what ever weather-related event is occurring outside your window. It will make you lit back and smile as you savor the lingering effects of such a superior brew. Just be careful, it can and will creep up on you, more than a couple of these and your might be seeing double.

It is a limited release that will disappear soon, so don’t be caught off guard, go get one today. It is available in high-end liquor stores along the front-range; Hazel’s in Boulder has it in stock for now. If you can’t find this exact offering from Evil Twin don’t hesitate to pick up other offerings from brewer Jarnit-Bjergsø, they will leave you smiling.