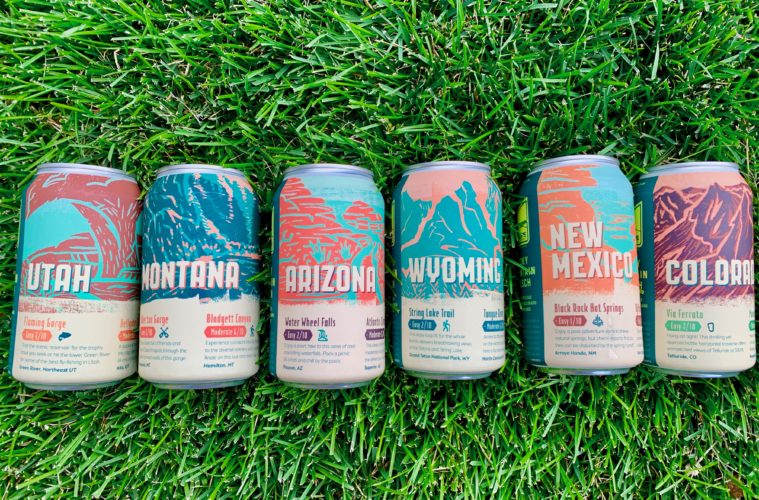 From the moment Upslope Brewing Company first brewed their batch of beer they have preached one message loud and clear, good beer is best enjoyed in the outdoors. By embracing this message they have developed a loyal following amongst beer drinkers up and down the Rocky Mountain region, their primary distribution area.

Instead of bottles they have only packaged their beer in cans so it can easily packed in and out. Instead of gaudy parties, with scantily clad models hawking their brews, they instead set up taprooms in the backcountry. As a certified B Corporation they are focused on sustainable and environmentally sound policies. To ensure that the wilderness that they love so much has a future they generously donate to numerous outdoor organizations.

So it only makes sense that in an effort to get people thinking about their next adventure that they would roll out one of the more interesting beer can ideas that this writer has seen in awhile. For the next few months inside every single mixed 12-pack of their beer there will be one limited edition Rocky Mountain Adventure Can.

What the hell is that you ask? Good question. Inside each twelve pack there will be one specially wrapped can of their Rocky Mountain Kölsch—a damn smooth sipper that’s perfect on a crisp fall day—featuring one of the six states that the Rocky Mountains traverse—New Mexico, Arizona, Colorado, Utah, Montana, and Wyoming.

But, besides just highlighting the state, each beer can will focus on three unique outings that are offered there. One gives you a great route to climb, another a bombing bike ride, and finally a memorable trail to hit along with a small description of each and a difficulty level too. Between the whole set of cans you get eighteen outings to choose from for your next outing. Pretty cool.

So grab a mix pack or two of their beer and start searching for these soon to be iconic beer cans before they are gone. And here’s to Upslope for highlighting yet another reason to love our state and good beer.